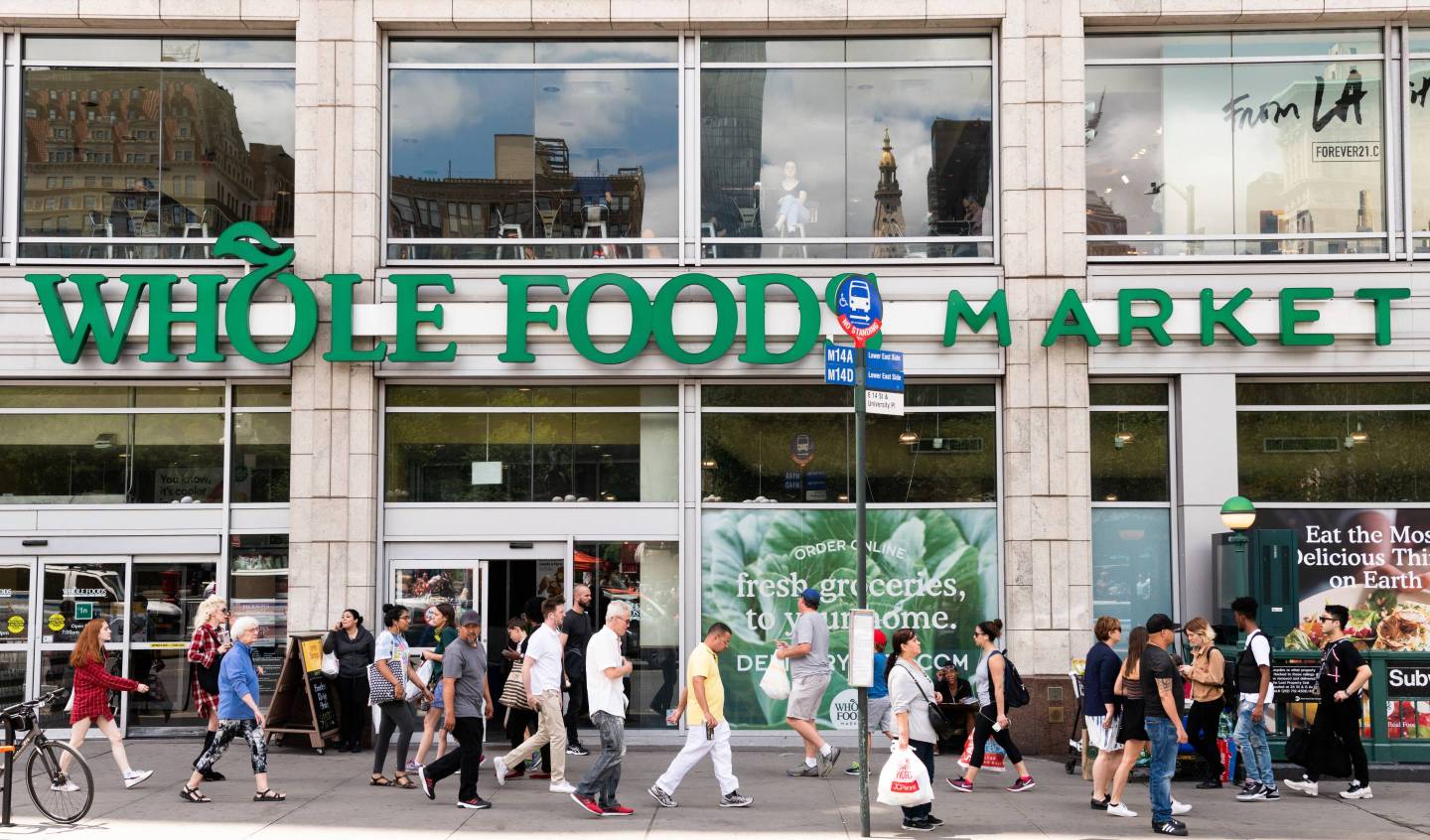 Since its arrival ten years ago, cryptocurrency has struggled to enter mainstream commerce. This could soon change thanks to a new initiative, announced on Monday, that will reportedly see big name retailers—including Crate and Barrel, Nordstrom, and Amazon-owned Whole Foods—now accept Bitcoin and three other types of digital money.

The retail initiative comes via a partnership between Flexa, a payments startup, and Gemini, the Winklevoss-owned digital currency company. It works by piggy-backing on the digital scanners that many big retailers use to accept phone-based payments from their apps and from digital wallets like Apple Pay.

What Flexa has done is persuade the retailers—which also include Regal Cinemas, Gamestop and Baskin Robbins—to configure their scanners to recognize payments from its cryptocurrency app, which is called Spedn. The customer simply holds up their app to pay. The store cashier will typically be unaware the customer is paying with crypto, while the merchant receives a real-time payment in the form of their choosing (crypto or dollars).

I was initially skeptical. While the Winklevoss twins enjoy credibility in the Bitcoin realm, merchants have by and large shunned cryptocurrency because of its volatility and its popularity with cybercriminals.

The app, however, appears to work as advertised. This weekend, I tried it by downloading a test version of Spedn, and transferring $10 worth of Bitcoin to it. Next, I went to a Baskin Robbins in my neighborhood and bought a small coffee by scanning the app. It worked. Next, I went to a Starbucks (another partner in the project but an unofficial one) and bought a banana. That worked too. In each case, the app adjusted the amount Bitcoin in my wallet.

The first widespread, low-friction opportunity for consumers to shop with cryptocurrency, this is potentially a big deal. The Spedn app lets users spend four types of crypto: Bitcoin, Bitcoin Cash, Ethereum and a so-called stablecoin called a Gemini Dollar, which is pegged to the value of one U.S. dollar and backed by banking giant State Street.

Over the years, some merchants have tried accepting Bitcoin, but many eventually abandoned it, in part because of slow processing times on cryptocurrency networks. Meanwhile, for consumers, using cryptocurrency as an everyday payment mechanism has proved impractical because of crypto’s volatility—a wallet with $100 worth of Bitcoin at the start of the week may only be worth $80 by week’s end.

But this time around, merchants may be more comfortable offering crypto payment because the scanner system provides an easy way to accept them, and because Flexa offers a real-time network to clear the transactions. (Gemini takes care of the backend operations, and the merchant typically receives the cash equivalent of whatever crypto amount the consumer paid).

According to Flexa CEO, Tyler Spalding, the appeal for merchants is a chance to lower the commission fees they pay to existing payment networks. Spalding, who is a veteran of the gift card exchange service Raise, added that crypto payments also offer stores a way to experiment with new types of blockchain-based customer rewards.

Fortune contacted six of the retailers participating in the Flexa service, including Whole Foods, and none of them provided a comment. According to a person familiar with the project, who spoke on condition of anonymity, the reason for the silence is because the crypto payments are still an experiment, and retailers don’t want to discuss them until they gain a better understanding of the technology and consumer demand.

On the consumer side, the Flexa system opens the door to an easy way to spend crypto at stores around town. This doesn’t mean, though, that more than a handful of people will actually do this—especially given that other payment methods work perfectly well.

But there is also the volatility issue. The value of the Bitcoin in my Spedn app has jumped around about 5% today alone, which is fine for an investment but not for a day-to-day payment tool.

According to the Winklevoss twins, the volatility problem can be mitigated by using the Gemini Dollar, which is pegged to keep its value very close to $1 U.S. In an interview with Fortune, they predicted Flexa’s ease-of-use combined with the stability of the Gemini Dollar will lead to more widespread use—especially among the growing number of people who appreciate the technology behind cryptocurrency.

“The idea of living on crypto is now a reality. You can now do it,” said Tyler Winklevoss. “For the consumer, it amounts to being crypto conscious. It’s like being green.”

Meanwhile, Flexa’s Spalding told Fortune the company will provide developer kits to other companies that want to incorporate the scanner payment technology into their own apps.

For now, it’s too soon to say if the big name merchants who signed on this week—other names include Petco, Lowe’s and Office Depot—will still be taking the payments this time next year. But, given the history of crypto payments, this week’s announcement feels like a breakthrough.

Update: Flexa has pulled Starbucks from its list of merchants in the demo app, notwithstanding this recent picture of the Winklevoss twins appearing to use it in store.