Brazil and Argentina eye a common currency similar to the euro, with Latin American nations invited to join 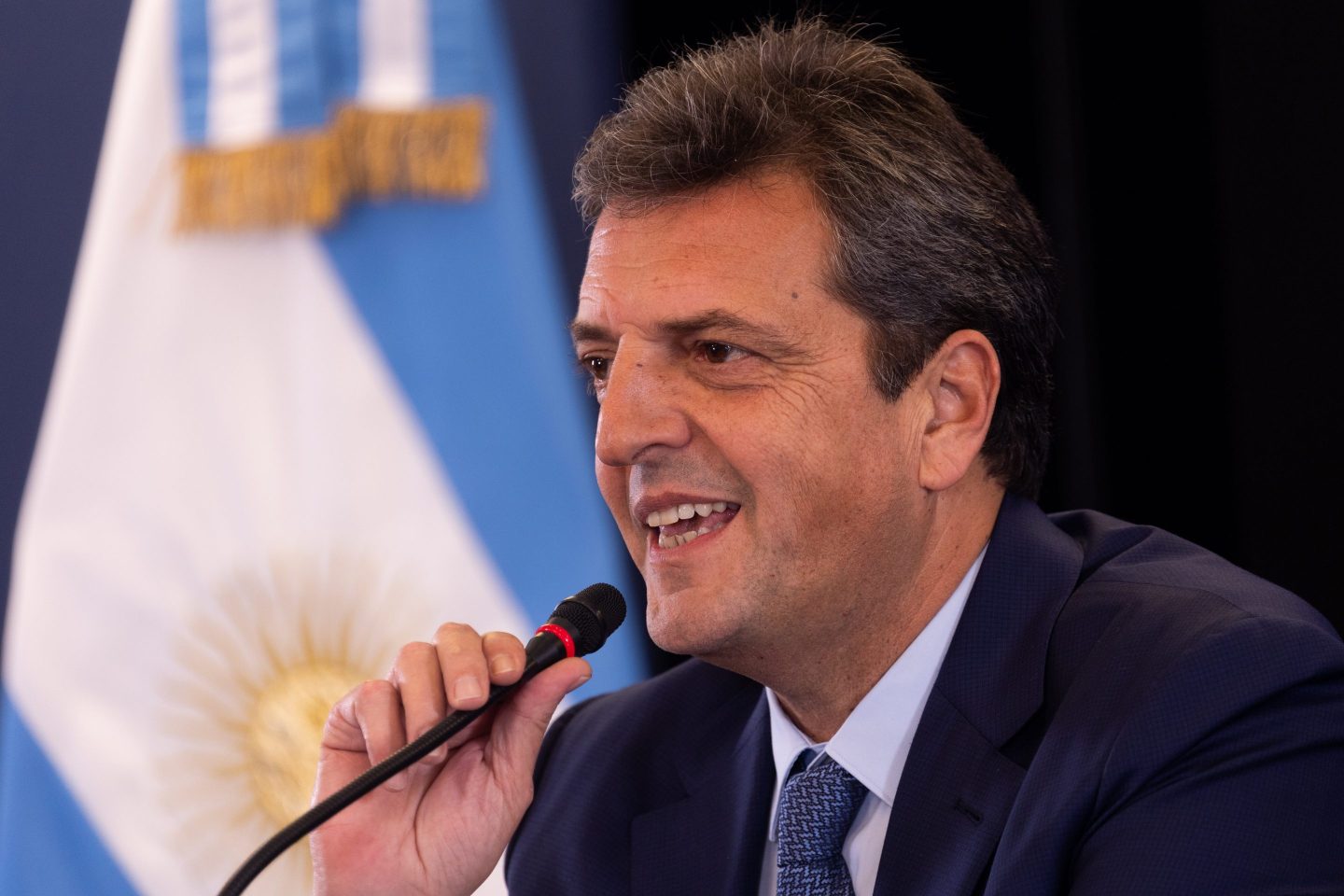 Argentina and Brazil are in the preliminary stages of renewing discussions on forming a common currency for financial and commercial transactions, reviving an often-discussed plan that would face numerous political and economic hurdles.

South America’s two largest economies have considered options to coordinate their currencies for decades, often to counter the influence of the dollar in the region. The persistent macroeconomic imbalances of both countries, together with recurrent political obstacles to the idea, has resulted in little practical progress.

The latest negotiations were initiated by Buenos Aires, according to a Brazilian government official. They’re at a very early stage and there’s no deadline for completion, said the official, who asked not to be identified because the discussions aren’t public. Brazil’s agreement was no more than a nod for talks to take place, the person said.

Argentina’s presidential spokeswoman did not immediately reply to a request for comment sent outside of business hours.

“We have the intention of overcoming barriers to our exchange, simplifying and modernizing the rules and promoting the use of local currencies. We also decided to advance discussion of a common South American currency that can be used for financial and commercial transactions, reducing operational costs and our external vulnerability,” the statement said.

The latest proposal comes as Argentina battles the highest inflation in over three decades and as many emerging markets seek alternatives to the strong US dollar. Brazil’s economy is set to post anemic growth this year, while Lula’s new administration plans to boost public spending significantly to meet his campaign pledges.

There haven’t been any discussions of a common currency for commercial transactions and the plan hasn’t included mention about a single currency for the whole region, said another official, from Brazil’s Finance Ministry, who asked not to be named.

In an interview with the Financial Times published Saturday, Argentina Economy Minister Sergio Massa said Brazil and Argentina would invite other countries in Latin America to join, but he didn’t want to create any “false expectations” because trade integration would take a long time.

In 1987, the leaders of both countries announced the creation of a common unit of account, called the gaucho, to measure trade between the nations. The idea didn’t work out amid disagreements and because of the high volatility affecting the countries.

They have similar challenges now. Argentina has annual inflation of almost 100% and a presidential election later this year, compared to Brazil’s 5.8%. The fast depreciation of the peso compared to the real and the autonomy of Brazil’s central bank, which could oppose the initiative, are also significant obstacles.

Globally, countries are looking for ways to circumvent use of the US dollar and have looked to sell greater portions of their debt in local currencies. Russia has taken foreign payments in rubles following sanctions due to its invasion of Ukraine, and countries in Asia have looked to increase their use of China’s yuan. India and the United Arab Emirates are looked to expand non-oil trade in rupees.

–With assistance from Carolina Millan.