Veterans can fill the skills gap bedeviling corporate America, says Wounded Warrior Project CEO: ‘It’s a case of out of sight, out of mind’ 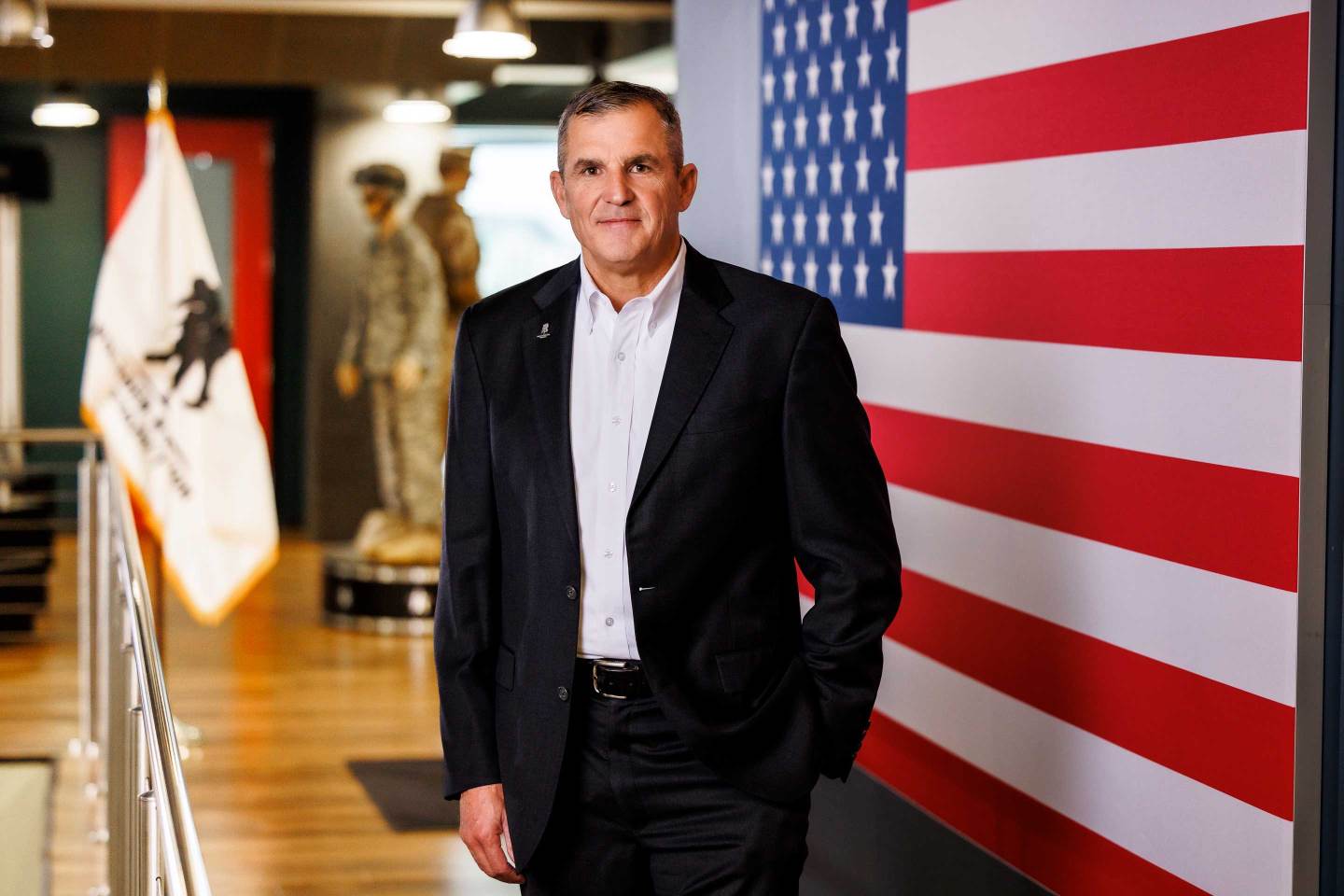 In a time of what Federal Reserve Chair Jerome Powell calls a “structural labor shortage,” it frustrates Mike Linnington, the retired three-star Army general and CEO of the Wounded Warrior Project, to see unemployment among wounded vets twice as high as the general population. “They are definitely an untapped resource,” he says.

Some of that workforce underrepresentation stems from pop culture depictions of returning vets as damaged and limited in what they can do, further creating stigma. “That does resonate into the mainstream corporate world, [which] sometimes thinks veterans can only do certain things,” Linnington says. On the contrary, he says, veterans bring resourcefulness, inventiveness, and adaptability. They also bring traits they’re known for, like discipline, punctuality, and leadership.

WWP helped 1,700 vets and family members find jobs in the 2022 fiscal year. And under Linnington, WWP, whose donors include MacKenzie Scott, has also pushed for financial literacy classes for vets and research into traumatic brain injuries.

In 2017, one year after Linnington took the reins, fundraising fell to $211 million from a peak of $373 million in 2015. That precipitous fall came amid allegations that executives were wasting money on lavish conferences and other splurges. The former general doesn’t like talking about that era or taking credit for WWP’s turnaround. But in 2021, fundraising rebounded to $316 million, the bulk of which has gone to programs for veterans. “My job is to connect that to our donors’ passion for philanthropy, but do it as leanly and efficiently as we can through our business discipline,” he says.

Fortune: It sometimes seems like a platitude when people say, ‘support the troops,’ and society doesn’t do much to help returning soldiers. Is that a fair assessment?

I think it’s fair, but it’s a case of out of sight, out of mind. After 9/11 and in Iraq, wounded service members were on TV every night and above the fold in every major newspaper. Americans were reminded of it daily. Certainly, not being in Iraq or Afghanistan today, we don’t have the same visuals of the sacrifice of our nation’s veterans, so we collectively tend to forget. I don’t forget because I deal with service members struggling with health or finding employment every day.

Speaking of employment, are veterans, including wounded ones, an overlooked talent resource, especially in a tight labor market?

Is there a misperception about what kind of jobs veterans do? There seems to be a preconceived notion that many vets are best suited to physical work like warehouse work.

We all sometimes misperceive what veterans bring to the table. We all know discipline, leadership, being on time, and following directions. But what’s under-appreciated is their innovativeness and out-of-the-box thinking. If you served in Iraq or Afghanistan, you had to figure your way out of many challenging situations, which are nonstop, and where the enemy is coming at you any way they can.

One of Wounded Warriors’ other top priorities is financial planning assistance. Does the military need to do more there?

Absolutely. When deployed, your income is tax-free, and you don’t have the opportunity to spend it while you’re overseas. Many veterans come home having established bad habits because they were flush with cash, had never budgeted, and got in over their heads. We concertedly provide financial literacy to wounded and ill service members to ensure they don’t become insolvent. Nobody can live off disability benefits alone.

There’s talk of a potential recession in 2023. Do recessions disproportionately hit veterans?

I will tell you that Wounded Warrior Project’s emergency financial system provided vets with double the money we had budgeted last year. This year we’ve doubled our budget for emergency assistance. Much of that is due to inflationary gas, groceries, and heating fuel costs. All this underscores the need for us to find employment for these vets.

Why has the number of veterans you serve increased in recent years?

The stigma associated with seeking help has been reduced from five years ago. I think some of it is cultural. You have A-list actors, Olympians, professional athletes, and CEOs talking about mental health and the benefits of reaching out and asking for help. That incentivizes everyone to believe, ‘I am not alone.’

This prioritization is based on our veterans’ feedback. Every year, they tell us the greatest need is dealing with TBI and post-traumatic stress syndrome. Like in the NFL, successive blast injuries and concussions are debilitating. We want to invest early in diagnosing and treating those brain injuries.

Before Wounded Warrior, your career was exclusively in the military. How did you obtain the skills to be a CEO?

I was unprepared for the business aspect. But by the grace of God, I had really good people who could help me, be it fundraising, financial management, IT, HR, and all the other functions.

What concretely is your role, then?

I brought from my military experience a focus on veteran needs, and I keep it at the forefront of what we do. My job is to connect that to our donors’ passion for philanthropy but do it as lean and efficiently as we can through business discipline. Many people do that for me while I focus on the warriors.

Get to know Linnington: