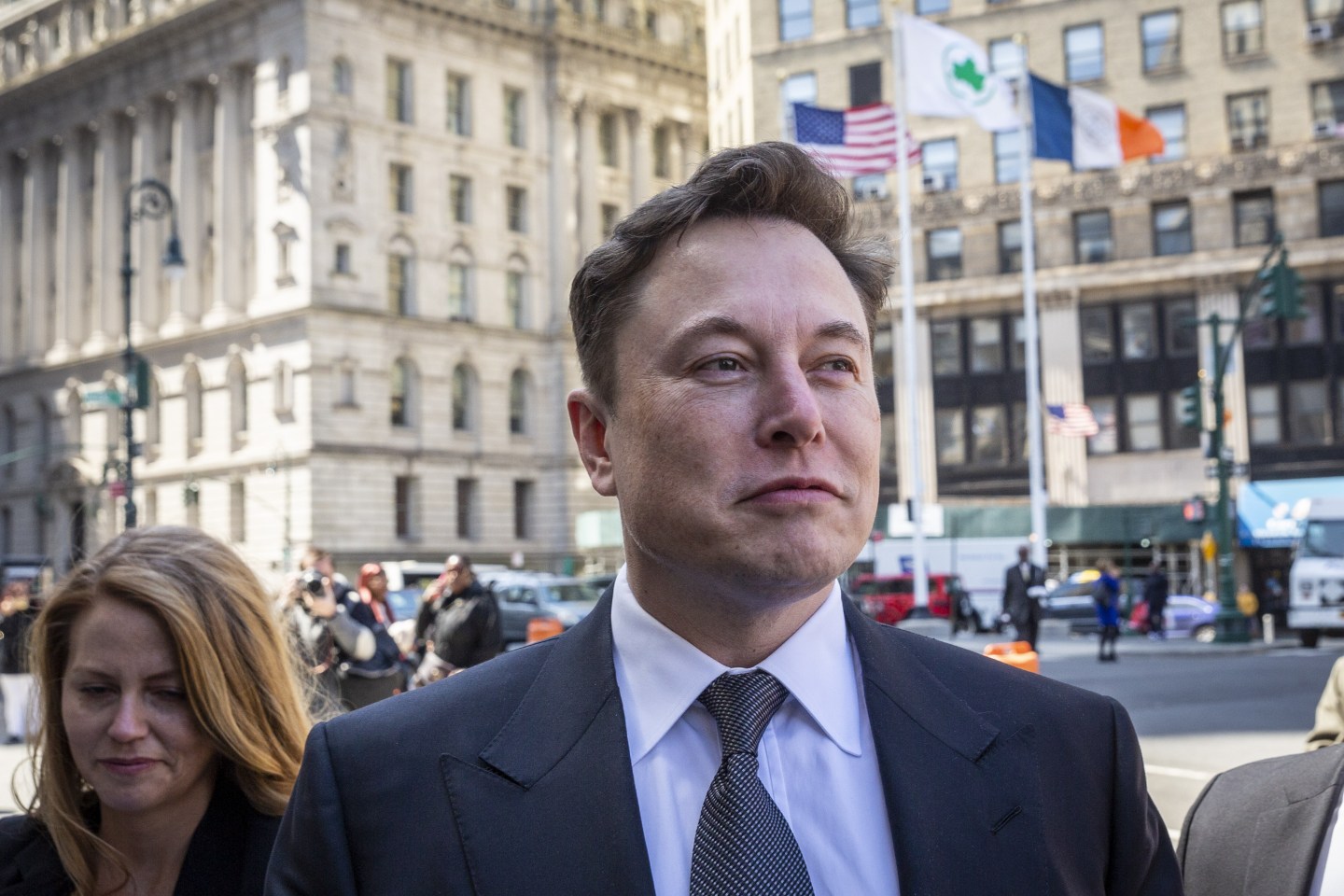 Tesla Inc. CEO Elon Musk played down how much impact his tweets have on the company’s stock price as he defended himself at a trial over his 2018 tweet about taking the electric car-maker private.

“It’s difficult to say the stock price is linked to the tweet,” he told jurors Friday in San Francisco federal court. “Just because I tweet about something doesn’t mean people believe it or will act accordingly.”

The investors contend the tweets amounted to lies that cost them big losses from wild stock price swings over a 10-day period before the plan was abandoned. The trial requires jurors to delve into Musk’s state of mind when he posted the messages, and to determine whether the billionaire’s social media posts really influenced investor trading.

When asked by a lawyer for the investors if he needs to be accurate with his tweets, Musk replied that he’s providing “information the public should hear,” but that there’s only so much that can be conveyed with a limit of 240 characters in a Twitter post.

Musk appeared on the witness stand wearing a black suit and tie, removed his mask and briefly smiled to jurors as if he was acknowledging them.

During questioning, Musk appeared to show a more relatable side by telling the jury that 2018 was an “extremely painful and difficult year.”

“I was sleeping in the factory to make things work,” Musk said. “The sheer level of pain to make Tesla successful in 2017-2019 period was excruciating for me and many others.”

He reiterated his mantra that short selling should be made illegal, telling jurors that short-sellers wanted the stock to go down and wanted Tesla “to die very badly.”

Musk’s lawyers told the jury during opening statements Wednesday that while his tweets were rushed and contained technical errors, they accurately conveyed that he was sincere about taking Tesla private. Musk is expected to testify that the short-lived plan to take Tesla private was solid based on discussions he had with Saudi Arabia’s sovereign wealth fund.

The trial comes as Musk’s wealth has dwindled from a peak of $340 billion in November 2021. He became the first person in history to lose more than $200 billion, all while he spent $44 billion to acquire Twitter Inc. Last month, he was dethroned as the world’s richest person and Tesla’s stock has plummeted 33% since Dec. 1, with the electric-car maker facing increased competition and a looming recession.

Musk is no stranger to courtroom battles – and has been nicknamed “Teflon Elon” for his ability to escape unscathed. He took the stand and prevailed in trials in 2019 in Los Angeles and in 2021 in Delaware. He also testified in November in a Delaware investor case over his $55 billion Tesla pay package — but that one hasn’t been decided yet.

The CEO tried to get his current trial moved out of San Francisco, arguing that jurors in the region will probably be biased against him because of recent layoffs at Twitter and “local negativity.” US District Judge Edward Chen rejected the request, expressing confidence that an “impartial” jury would be seated, and swore in a nine-person panel on Tuesday.

The jury has already heard from two Tesla investors who claim Musk’s Aug. 7, 2018, tweet led them to place bets on the stock and ended up taking big losses.

Shareholder Tim Fries, a family guy with three kids in college, recounted Friday how the tweet prompted him to buy 50 shares for $18,000 the next day.

“Here we had Elon Musk telling the world he plans to take Tesla private with ‘funding secured,’ Fries said. “Considering the stock price at the time, that felt like a good entry point.”

Fries lost $5,000 when the stock fell. “I got involved in this lawsuit because I felt wronged; I felt that I lost money due to a misrepresentation,” Fries said. He added that the phrase “funding secured” to him meant there had been “some vetting, some critical review of the sources” – which Musk’s attorney Alex Spiro tried to make look like another talking point in his cross-examination.

Harvard University Professor Guhan Subramanian, called by the plaintiffs as an expert witness, testified about traditional practices and procedures in management buyouts as well as his experience with the buyout of Dell Inc.

“It’s an extreme outlier,” the professor said, adding that the notion that a deal of that size could come together in 30 days is “impossible.”