Leaders at Davos can fix our fragmented world by answering a simple question: How wealthy does one person need to be? A capitalist is asking 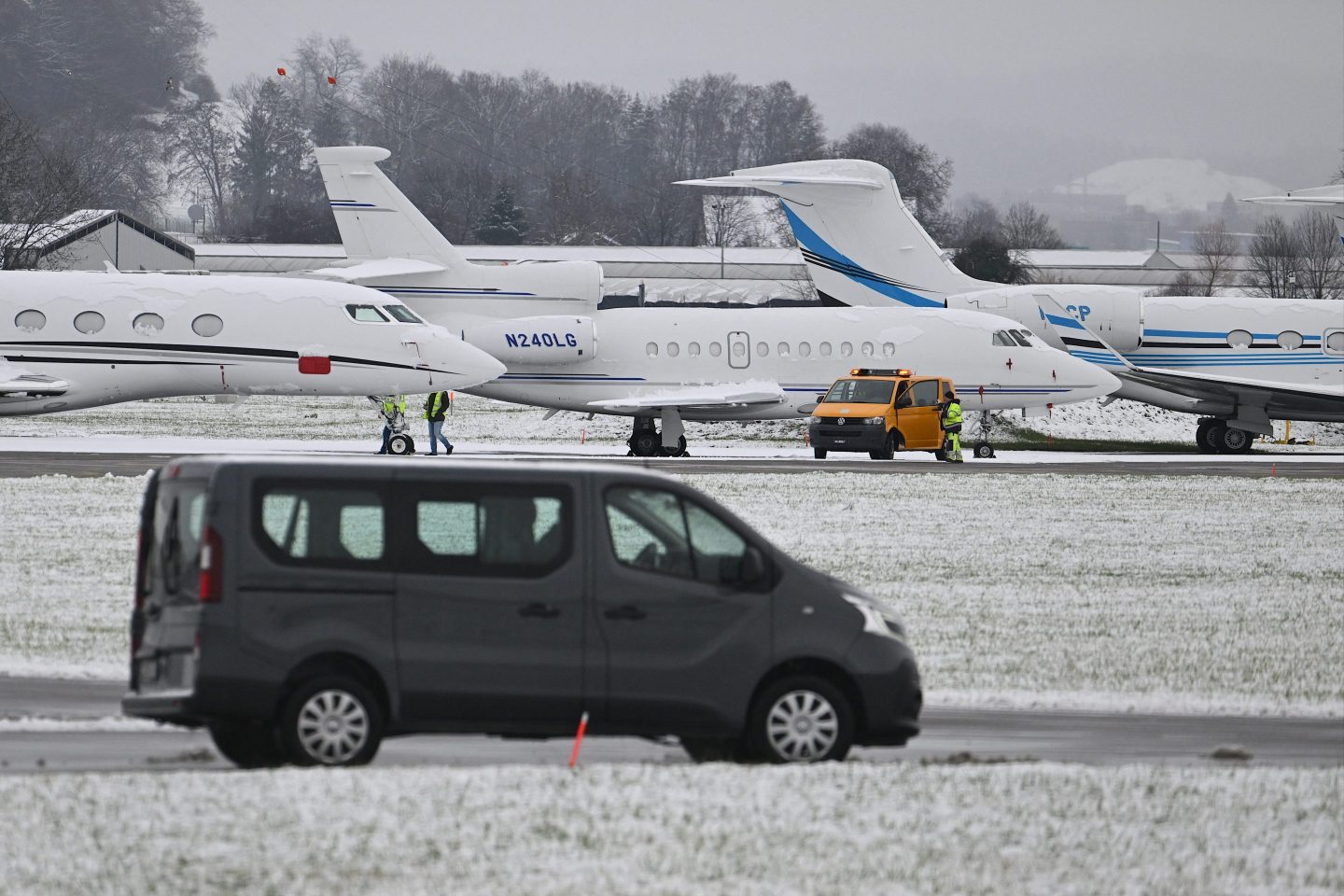 Attendees at Davos have been criticized for their use of private jets to attend the annual meeting in the Swiss Alps despite the current edition's focus on climate change.
Sebastien Bozon—AFP/Getty Images

This week, over 2,700 world leaders attended the World Economic Forum Annual Meeting in Davos, Switzerland. During their stay in the Swiss ski resort, elites from business, politics, and civil society have been discussing humanity’s most pressing problems under the theme of “Cooperation in a Fragmented World.”

If they want to inspire cooperation in our world’s very fractured geopolitical landscape, the answer is simple: end the age of extreme wealth and tax the rich. Or simply realize that the gulf between the super-rich and everyone else has grown too wide and will ultimately destroy our society.

“Cooperation in a Fragmented World” is certainly a worthwhile theme for this year’s Davos. Our world is basically falling apart. Inflation has put no fewer than 1.7 billion workers worldwide at a financial loss. Climate change continues to ravage homes and communities. And social unrest is escalating in many places as desperate people become increasingly enthralled with self-serving misinformation campaigns conducted by power-hungry authoritarian figures and huge numbers of working-class citizens voting for them against their own best interests.

Why has this all happened? There are many answers to this question, but the common denominator among them all is this: runaway extreme wealth and the failure on the part of world leaders and governments to do anything about it.

The world’s richest have never been richer–and there have never been so many of them. Over the last decade, the number of billionaires around the world has more than doubled and their combined wealth has skyrocketed by no less than $5.9 trillion.

Since the pandemic began, billionaires’ fortunes have increased by roughly $2.7 billion a day. Here at home in the U.S., there are now 728 billionaires with a combined fortune of $4.5 trillion. They are a small subset of the 1,468,400 Americans with assets over $5 million who together are worth a combined $28.02 trillion. I am in the latter group. I am, by all normal standards, a wealthy guy. But even as one of those, I still ask myself: how wealthy does one person need to be? And why does someone want or need a billion dollars?

This explosion in extreme wealth has contributed to virtually all of our world’s most pressing problems. There is now widespread evidence that the cost-of-living crisis has escalated because of blatant profiteering on the part of ultra-rich corporate executives. Billionaires are destroying the planet as they flit around the world on private jets to exclusive resorts like Davos and dump a million times more carbon into the atmosphere than the average person in the process. How many homes, cars, boats, and jets (I have one) do we need? Authoritarian figures like Donald Trump in the U.S. and Jair Bolsonaro in Brazil are able to conduct their dangerous misinformation campaigns because they are bankrolled by like-minded, ultra-wealthy donors.

Our world is truly at an ecological, political, social, and moral crossroads. But the worst part about all this fragmentation is that it didn’t have to happen.

For years now, governments have failed to rein in extreme wealth by, among other things, instituting more progressive tax systems. We live in a world where none other than Jeff Bezos, the fourth richest man on the planet, can get away with paying nothing in taxes while taking rides to space that emit more carbon into the atmosphere than a person among the ranks of the world’s poorest will emit in their lifetime. In short, our world leaders could have done something – something as simple as changing our tax policies back to more progressive ones – in order to prevent our world from becoming as fragmented as it is today.

As one of America’s 1,468,400 multi-millionaires, I am genuinely concerned about the state of affairs in the world today. That is why I joined over 200 of my peers from around the globe in signing a letter that calls upon the leaders attending Davos to raise our taxes.

At my very core, I am a capitalist. I want hard work, innovation, and ingenuity to be handsomely rewarded, but I don’t want those rewards to be so exorbitant that they threaten the existence of the planet, contribute to the daily deaths of thousands, and spell the downfall of democracies.

I am ready and willing to cooperate in fixing our very fragmented world. The best way I can think how is to pay my fair share in taxes. I’m not sure what that is, but I can assure you, it would mean paying more than I pay today. (No, I’m not going to simply write a bigger check. That would be stupid and would not fix the problem.)

Now, all that I ask is for the world leaders attending Davos to do their own bit of cooperating, honor my wish, and save the planet and human society as we know it from the brink of total collapse.

Stephen Prince founded Card Marketing Services in 1993 and is vice-chair of the Patriotic Millionaires.