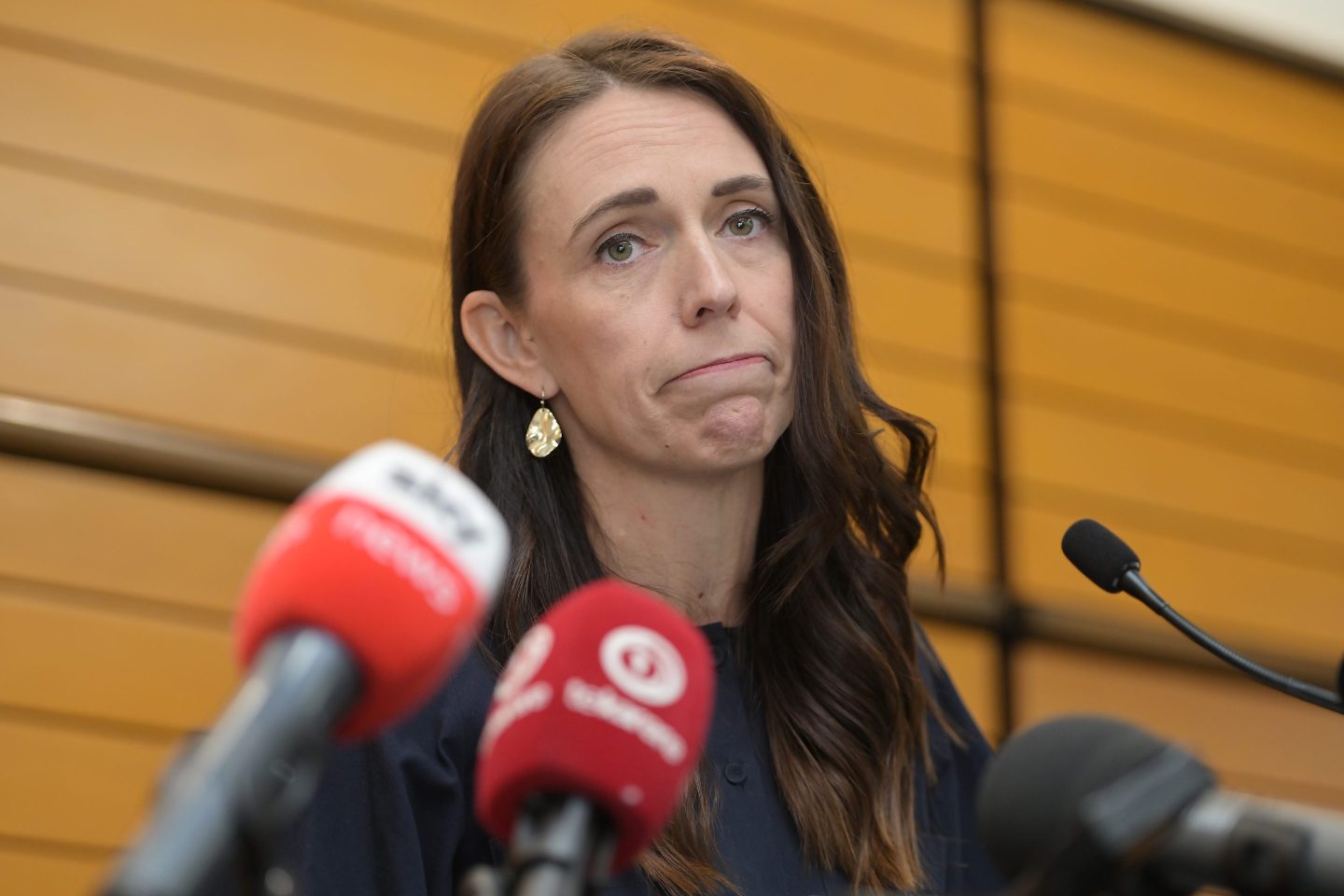 “I no longer have enough left in the tank”, New Zealand Prime Minister Jacinda Ardern said, as she announced she was stepping down from the top role on Thursday.

The Labour Party leader said in a tearful address to the nation that her term would end by Feb. 7, if not sooner, to make way for a replacement because she doesn’t believe she has the energy to go on in the job.

“I would be doing a disservice to New Zealand to continue,” said the 42-year-old, who has gained a reputation internationally for her empathetic leadership style and no-nonsense approach to the COVID-19 pandemic.

While detailing the toll the last five and a half years have taken, she added: “Leading a country is the most privileged job anyone could ever have, but also the most challenging. You cannot and should not do the job unless you have a full tank, plus a bit in reserve for those unplanned and unexpected challenges.”

Her candor has been hailed as tributes poured in from world leaders.

How world leaders have reacted

Albanese championed Ardern’s leadership qualities on Twitter, writing: “Jacinda Ardern has shown the world how to lead with intellect and strength.”

“She has demonstrated that empathy and insight are powerful leadership qualities. Jacinda has been a fierce advocate for New Zealand, an inspiration to so many and a great friend to me,” he added.

Trudeau thanked his “friend” for her partnership and friendship, as well as her “empathic, compassionate, strong, and steady leadership”.

“The difference you have made is immeasurable. I’m wishing you and your family nothing but the best,” he added.

For his part, Luxon thanked Ardern for her service to New Zealand. He wrote on Twitter: “She has given her all to this incredibly demanding job and I wish her and her family all the very best for the future. Thank you Jacinda.”

And Clark released a statement to say how saddened she was by the news, hailing the “humanity and empathy” Ardern bought to leadership all the while condemning the attacks she faced.

“The pressures on Prime Ministers are always great, but in this era of social media, clickbait, and 24/7 media cycles, Jacinda has faced a level of hatred and vitriol which in my experience is unprecedented in our country,” she said.

“Our society could now usefully reflect on whether it wants to continue to tolerate the excessive polarization which is making politics an increasingly unattractive calling,” Clark added.

Indeed Ardern has received a lot of attention during her time in office — and for good reason.

When she was elected as prime minister in 2017, she became the youngest female head of government in the world at aged 37.

Just a year later, she gave birth while in office — she is only the second world leader ever to do so, since Pakistan’s Benazir Bhutto in 1990.

The former DJ and Mormon became a global liberal icon for following the science early on during the pandemic, her self-declared “politics of kindness”, and her empathetic handling of the nation’s worst mass shooting — at a time when extreme right-winged populists like Donald Trump were on the rise.

Popularity on the wane

But while she was gracing the covers of Vogue and Time magazine internationally, her popularity has begun to wane at home. Her liberal Labour Party won reelection two years ago in a landslide of historic proportions, but recent polls have put her party behind its conservative rivals.

Recent opinion polls put her personal popularity at its lowest since she was elected, and approval of her party’s performance has been similarly low.

She also became a target for misogyny and personal threats from the public — with police reportedly dealing with 50 in 2021. And in October last year, Ardern’s electorate office was attacked by someone brandishing a sword—over her strict social restrictions to curb coronavirus and her liberal values.

After she announced her resignation, Fox News host Tucker Carlson called Ardern “the lady with the big teeth” and a Chinese puppet who tormented her citizens.

“Leaving now is the best thing for her reputation … she will go out on good terms rather than lose the election,” he said while adding that there isn’t “anyone obvious” to replace her.

Who could replace Ardern as Prime Minister

Hipkins was first elected to parliament for the Labour Party in 2008 but became a household name among Kiwis during the pandemic when he was named Minister for COVID-19 Response in November 2020. He led the country’s now famous approach to the pandemic, which the World Health Organisation praised for successfully stopping the virus from transmitting. However, criticism of the harsh lockdowns grew in 2021, with Hipkins himself later agreeing that quarantine measures should have been scaled back earlier. In 2022, he became Minister for Police and is also Minister for Education, Public Service and serves as Leader of the House.

Before joining parliament, Hipkins was a senior adviser to two education ministers and served in the office of former Prime Minister Helen Clark.

Allan is New Zealand’s Minister of Justice — and if elected, would become both the country’s first lesbian prime minister, and leader of Maori descent.

In 2021, she won praise for her handling of the country’s earthquakes and tsunami warning — it was later revealed that on the same very day, she was  diagnosed with stage 3 cervical cancer. In between press conferences and emergency meetings, she was in the hospital getting tests on a 6cm growth. She has since declared she’s cancer free.

Before entering parliament in 2017, Allan worked in the agriculture industry and has also practiced commercial and public law in several areas of the country.

Wood is Minister of Transport, Minister of Immigration, and Minister for Workplace Relations and Safety.

Since becoming a member of parliament in 2016, he has had various senior government roles including  Chief Government Whip, a member of the Epidemic Response Committee and Deputy Leader of the House.

Prior to politics, he worked in the financial sector union and then joined Habitat for Humanity a US not-for-profit seeking to bring communities together.

Mahuta became New Zealand’s first female foreign minister when she was appointed in 2020.

The veteran parliamentarian of 26 years is recognizable for her traditional facial tattoo that celebrates her Maori heritage and would be the country’s first Maori prime minister if elected.

She is the daughter of Sir Robert Mahuta, the adopted brother of the late Maori queen and respected Maori elder, and a tribal member of Waikato-Tainui, Ngāti Maniapoto and Ngāti Manu.

Mahuta has used her position of power to champion for Maori causes, change the ownership structure of the country’s water infrastructure and advocate a diplomatic middle ground for Pacific nations caught between the United States and China Pacific nations.