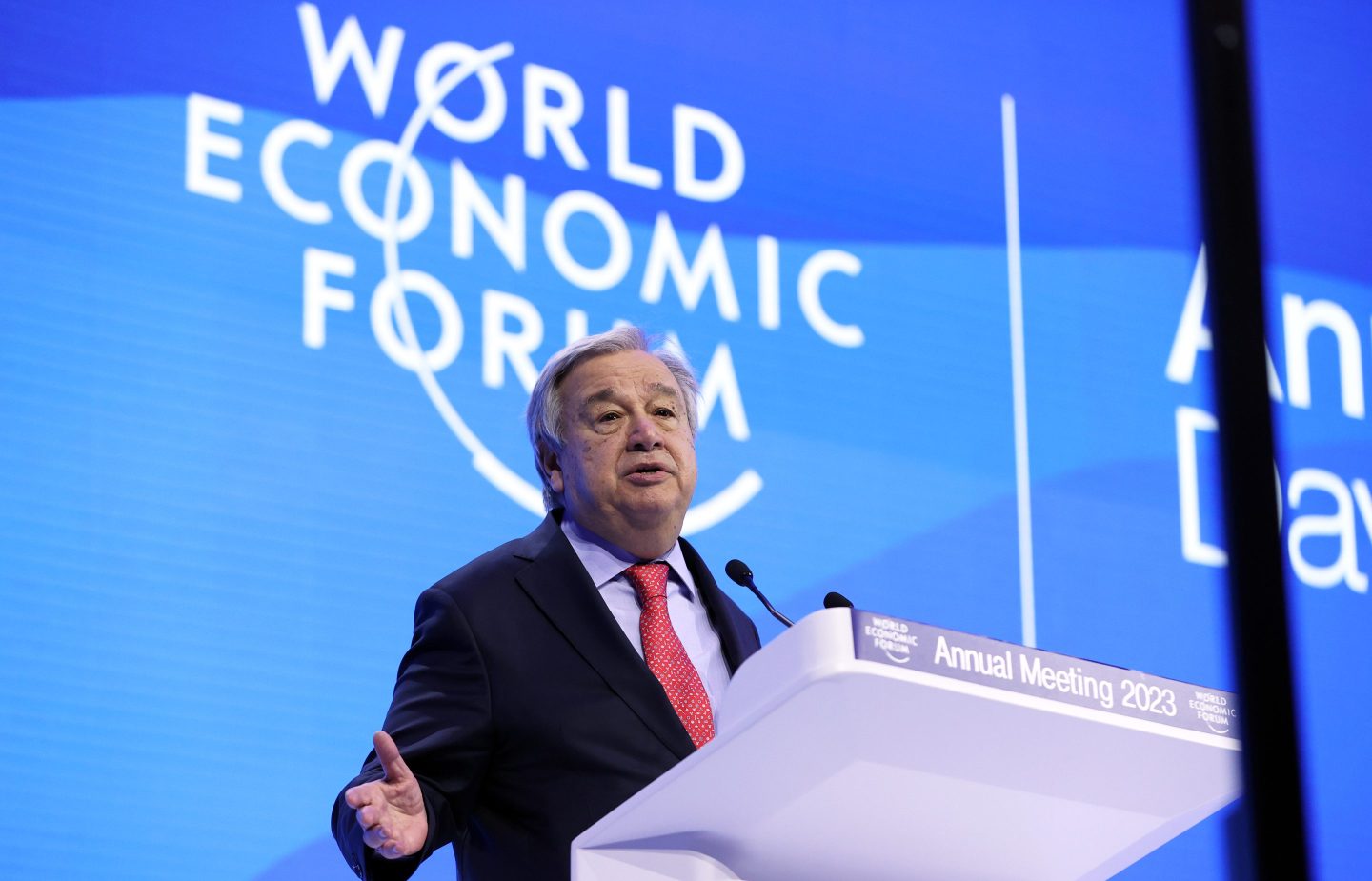 Davos 2023 will see a stream of new ideas and buzzwords coming to the fore - 'mattering' has already been identified as one of them.
Dursun Aydemir/Anadolu Agency - Getty Images

As the good and the great of the business community gather at Davos 2023, the World Economic Forum has revealed what it thinks is the key to keeping teams on the same page in a remote or hybrid-working age.

In an article written as part of the WEF’s Davos coverage, Alexi Robichaux, founder and chief executive of coaching platform BetterUp said that employees ‘mattering’ is a buzzword managers need to look out for, as the globe heads into a period of further economic uncertainty.

The headwinds are being seen in layoffs across various sectors, with Microsoft and Amazon – two of the world’s biggest companies –cutting a total of 28,000 jobs on the same day.

The news on Wednesday is a post-pandemic reckoning that has left almost no tech name unscathed.

The week before that, Fortune learned that Goldman Sachs planned to cut 3,200 jobs, down from the prior expectation of up to 4,000.

With a gloomy outlook on the world of work, employees need to feel now, more than ever, they are valued by their companies.

Research has shown that if employers help their staff feel like they matter, they’ll put in a better performance.

Analysis from BetterUp found that 70% of workers want to know that their work matters and, pre-pandemic, staff who found their work meaningful stayed at their current job an average of 7.4 months longer than those who did not.

The extra motivation translates to performance, as research shows staff with the best well-being were five times more likely to be top-rated performers, as well as having 56% fewer missed days in the office.

The term was coined off the back of a report from the Office of the U.S. Surgeon General which was published in autumn 2022. The report established five areas that demonstrate an increase in employee performance in line with their well-being.

The pillars are: protection from harm, the opportunity for growth, connection and community, work-life harmony and mattering at work.

Speaking at the Smithsonian’s ‘The Future is Here’ Festival, she explained: “Mattering is an intrinsic part of being human, we care about mattering. The instinct to matter holds within it so much psychic power, enough to fuel all the focussed attention and energy that’s required for pursuing a human life.”

In a remote working world, feeling like your output is making a difference is all the more important, wrote Bryan Robinson author and founder of ComfortZones Digital, for Forbes.

He added: “It’s a two-way street. Employees must let their value be shown, but employers must implement actions that recognize and reward those performances.

“Knowing how to get noticed at work can make you visible. Then, it’s in the hands of employers to take responsibility for their part to create ‘mattering.'”