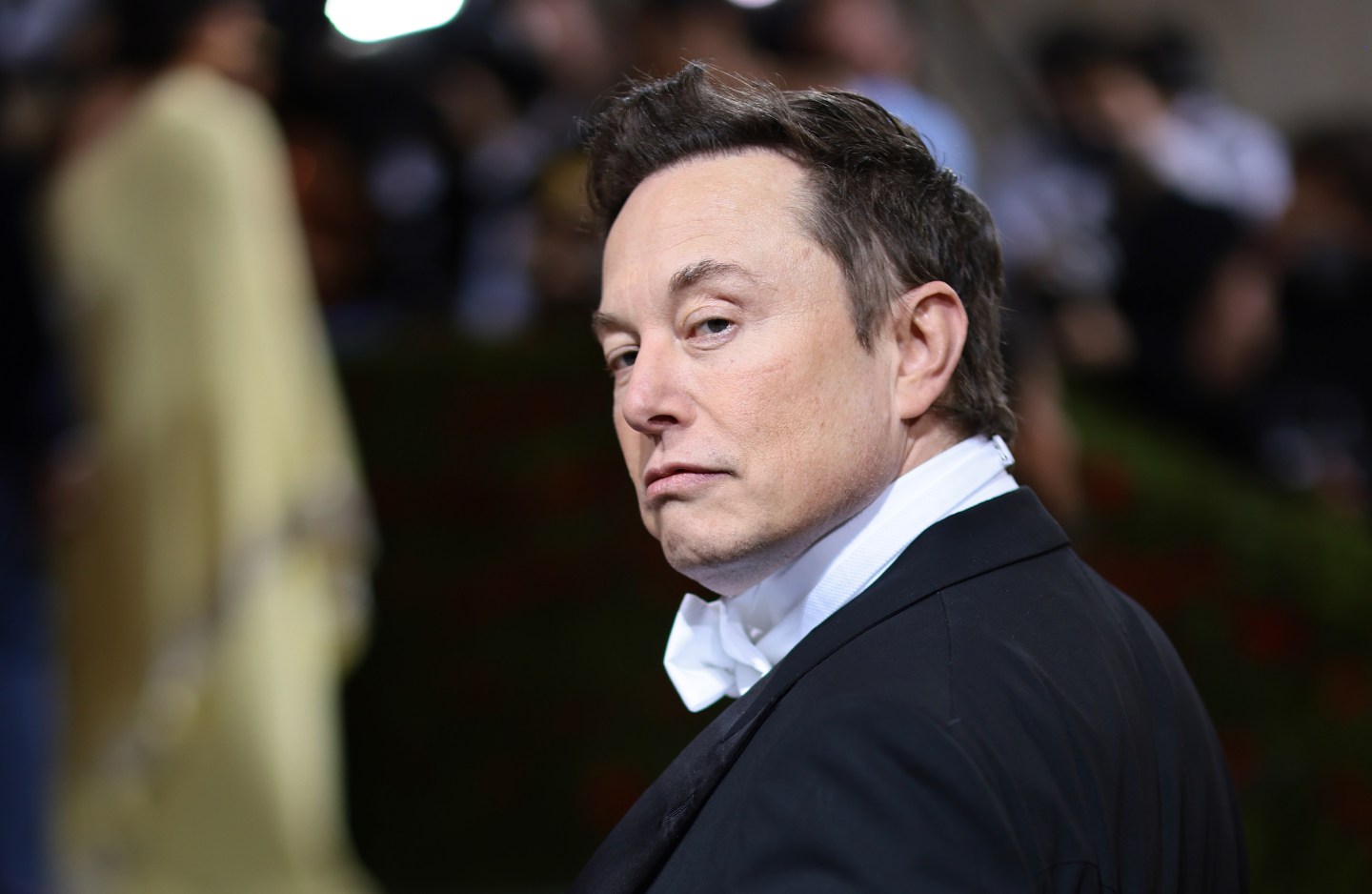 Elon Musk attends The 2022 Met Gala Celebrating "In America: An Anthology of Fashion" at The Metropolitan Museum of Art on May 02, 2022 in New York City. (Photo by Dimitrios Kambouris/Getty Images for The Met Museum/Vogue)

There are several ways to look at Tesla’s deep price cuts in the US and Europe, which came on the heels of two rounds of reductions in the span of 10 weeks in China.

For the glass-half-empty crowd, it’s clear that the carmaker was struggling to drum up orders. The company produced over 34,000 more vehicles than it delivered in the fourth quarter — not a catastrophic difference, but part of an un-Tesla-like trend. After all, Chief Executive Officer Elon Musk told investors in October that the company expected to sell every car it could make, “for as far in the future as we can see.”

“Tesla’s recent price cuts were in response to a demand problem,” Toni Sacconaghi, a Bernstein analyst with the equivalent of a sell rating on the stock, wrote to clients Tuesday. “While we (and many investors) had expected price cuts, they were bigger and came earlier than we expected.”

For the glass-half-full contingent, Musk just started a pricing war that Tesla stands a strong chance of winning, even if emerging unscathed is out of the question.

There’s no debating that slashing 20% off the cost of the Model Y and making performance versions of the Model S and X roughly $20,000 cheaper will pressure profitability. But Tesla is soundly out-earning other EV companies, and with the exception of China’s BYD, no automaker is anywhere close to producing as many electric cars.

“Tesla has higher margins than other OEMs including GM and Ford, and cushion to lower prices even further,” John Murphy, a Bank of America analyst with the equivalent of a hold rating on the EV maker’s stock, said Tuesday. “Most OEMS are currently losing money on EVs, and these price cuts are likely to make business even more difficult, just as they are attempting to ramp production of EV offerings. OEMs will have to reevaluate investments and whether they generate sufficient returns should EV pricing prove less favorable.”

Tesla almost went bankrupt during the great recession that was getting underway roughly 15 years ago. The company then grew in part thanks to a long period of low interest rates, easy access to capital and little competition.

That’s all changed. The Federal Reserve’s rate increases have raised borrowing costs, and Tesla is no longer the only game in town. BYD is surging in China, Volkswagen is fighting to protect its turf in Europe, and Ford and General Motors doing the same in the US.

Musk is determined to position Tesla for continued expansion after the company fell short of its target for growth in vehicle deliveries last year. Cutting the prices of the Model 3 and Y will make more of those models eligible for new US tax credits introduced by the Inflation Reduction Act.

During a Twitter Spaces conversation last month, Musk predicted a serious recession this year and warned consumers will cut back on big-ticket purchases. He called higher interest rates and lower demand a “double-whammy,” and said Tesla faced a choice.

“Do you want to grow unit volume, in which case you have to adjust prices downward? Or do you want to grow at a lower rate, or steady?” Musk asked, rhetorically. “My bias would be to say let’s grow as fast as we can without putting the company at risk.”

In that scenario, Tesla’s CEO said profits would be “lower to negative” during the recession, on the condition that its cash position is sound.