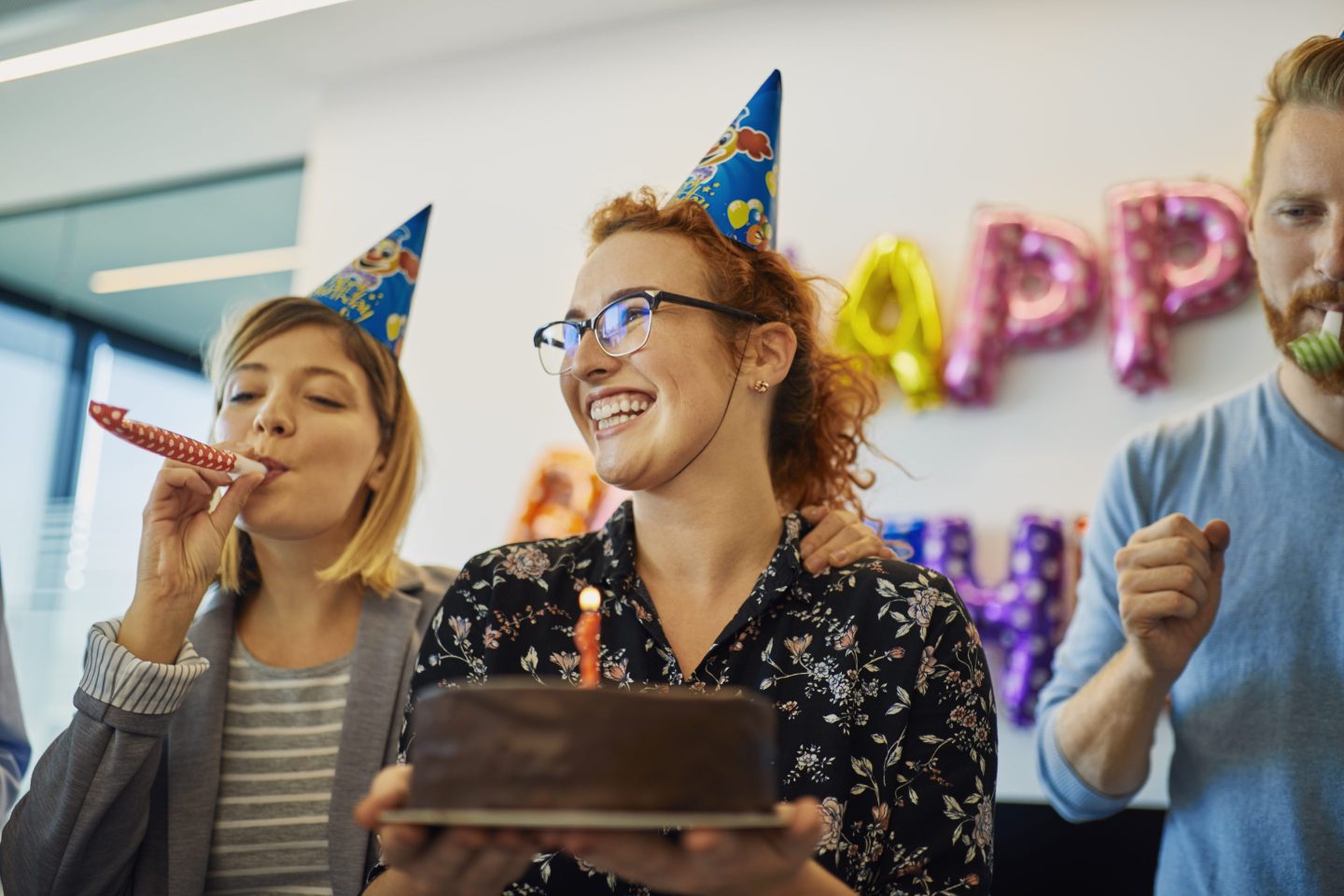 Should staff be trusted with office cake?
Getty

In the midst of a busy working week there’s often nothing more welcome than having a hot drink and grabbing a slice of cake for a colleague’s birthday.

But one top health official has said allowing cakes into offices “undermines people’s free will”, adding “it’s as bad as passive smoking”.

The comments were made by Professor Susan Jebb, an academic at the University of Oxford who also chairs the Food Standards Agency.

Speaking to The Times, she said: “We all like to think we’re rational, intelligent, educated people who make informed choices the whole time and we undervalue the impact of the environment.

“If nobody brought in cakes into the office, I would not eat cakes in the day, but because people do bring cakes in, I eat them. Now, OK, I have made a choice, but people were making a choice to go into a smoky pub.”

It comes after years of businesses pushing to make themselves more attractive to prospective employees.

Content creation platform Ceros built a pub in its office to act as a meeting and leisure space for staff.

The Google offices are packed with cafes and snack bars offering everything from healthy handmade meals to a quick bar of chocolate. Other businesses have pizza days or company-wide meals out.

So has the trend come full circle, as employees are called back to their desks instead of being offered incentives to come in under their own steam?

The key is balance, said Chris Preston, founder and director of UK-based business The Culture Builders.

He explained that offices should try to have a mix of healthy snacks and treats like cake, adding: “If you’ve got your staff sitting there stuffing their faces with cake, that’s a symptom of something worse. Employers need to be asking themselves why staff haven’t got access to education about a balanced diet or why they’re not able to get their hands on healthy food.

“It could be a signal that staff are working really long hours and simply don’t have the time to get their hands on anything other than a bit of cake that’s been left lying around.”

Another apparent work perk is having easy access to booze, with offices featuring beer taps and fridges full of alcohol. The trend even gave rise to companies like DeskBeers, which offers “business class drinks deliveries”.

A study lead by Marianna Virtanen of the Finnish Institute of Occupational Health drew similar comparisons about alcohol and overworking.

The study, which took data from 61 different studies to create a dataset of over 330,000 workers across 14 countries, found those who slog long hours are about 12% more likely to become heavy drinkers.

What are the benefits of having cake in the office?

While over-consumption could be a signal of a bad office culture, having cake in the office can really bring teams together, added Preston.

“On people’s birthdays having celebrations like cake really allows colleagues to engage in those moments. The office for many people is their second home, they see it as an extension of their home life and they want to enjoy those times of joy with friends,” he said.

“There are a couple of things employers can do if they’re worried about having loads of stale cake lying around. One could be to introduce a ‘birth month’ which is especially useful in a big team. It means everyone who has a birthday in a given month is celebrated on one day, so you don’t end up with wasted food. It’s also less of a financial burden on people who are bringing big cakes in to feed the whole team.”

Another idea would be to take a wedding cake approach, said a spokeswoman for London-based artisan cake company Deluce Cakes. “At a wedding you don’t expect to get a massive wedge of cake, they’re cut into one-inch by one-inch pieces. It means everyone can have a bit and join in without going mad,” the spokeswoman added.

She also said cakes which use natural, high-quality ingredients are always preferable: “The method of everything in moderation applies to food. The idea of FOMO in the office environment is understandable to some extent but adults should be trusted to have some autonomy and self-control.”