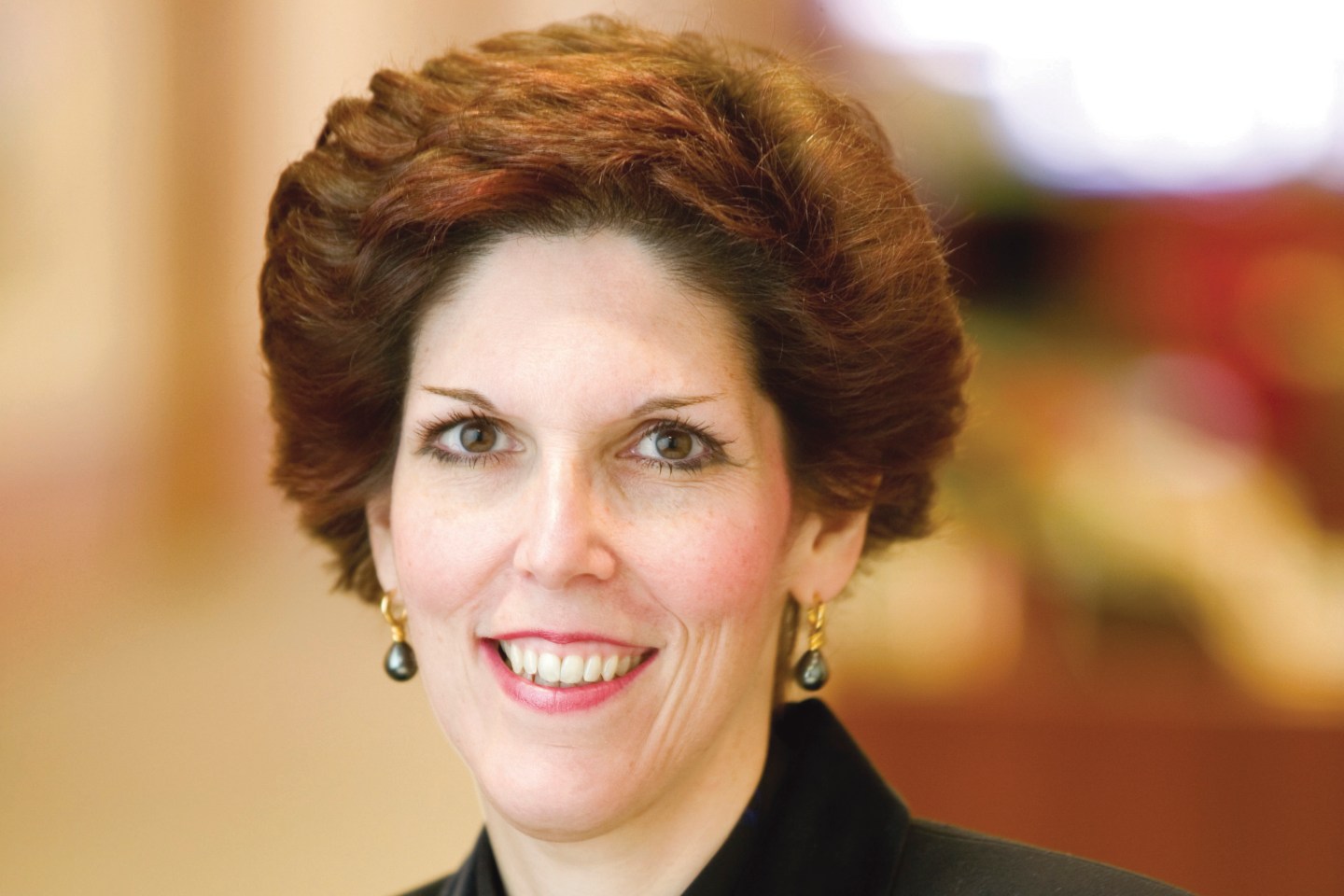 “We’re beginning to see the kind of actions that we need to see,” Mester, president of the Federal Reserve Bank of Cleveland, said in an interview with The Associated Press. “Good signs that things are moving in the right direction … That’s important input into how we’re thinking about where policy needs to go.”

Other Fed officials, too, have said recently that they were encouraged by a series of milder readings on inflation and wage growth. But Mester’s comments are notable because she is among the more consistently hawkish members of the Fed’s 19-person interest-rate-setting committee. (“Hawks” typically support higher rates to fight inflation, while “doves” tend to favor lower rates to boost employment.)

“She has been ahead of the curve on a lot of the arguments that have pushed the Fed to act more hawkishly over the past year,” said Matthew Luzzetti, chief U.S. economist at Deutsche Bank.

As a result, Mester’s views provide a measure of how far the Fed’s more hawkish policymakers might be willing to go in their drive to tame inflation. Consumer price increases, as calculated by the government, have steadily eased from a four-decade high of 9.1% in June to 6.5% in December.

Yet because the Fed’s own inflation target is much lower — 2% — its policymakers have penciled in further rate increases. The rate hikes the Fed has already imposed have contributed to a near doubling of mortgage rates and to sharply higher costs for auto loans and other consumer and business credit. They have also elevated the risk of a recession.

How high the Fed will raise its benchmark short-term rate and how long it keeps it there will likely determine whether it ultimately curbs inflation — and at what price to the economy. The Fed’s rate is now in a range of 4.25% to 4.5%, the highest level in 15 years.

The Fed’s policymakers are grappling with two conflicting risks: That they’ll fail to raise rates high enough and thereby allow high inflation to persist, or that they’ll raise rates too high and tip the economy into recession.

Despite the recent progress on inflation, Mester said in her interview Tuesday with the AP: “I still see the larger risk coming from tightening too little.”

Mester, 64, also stressed her belief that more hikes are needed and that the Fed’s key rate should rise a “little bit” above the 5% to 5.25% range that policymakers have collectively projected for the end of this year.

Mester, who has been president of the Cleveland Fed for eight years, didn’t say how large a rate hike she favored when the Fed’s next meeting ends on Feb. 1. Most economists expect the central bank to announce a smaller quarter-point hike. But Mester noted that the economy and the financial markets “were able to handle” the half-point hike that the Fed carried out in mid-December.

“We’re not at 5% yet, we’re not above 5%, which I think is going to be needed given where my projections are for the economy,” she said. “I just think we need to keep going, and we’ll discuss at the meeting how much to do.”

Mester’s comments follow remarks from other Fed officials last week that seemed to indicate a likely quarter-point hike at the Feb. 1 meeting. That move would follow a half-point rate increase in December and four three-quarter-point hikes before that.

Patrick Harker, president of the Federal Reserve Bank of Philadelphia, said that quarter-point hikes “will be appropriate going forward.” Two other Fed regional bank presidents — Susan Collins of the Boston Fed and Raphael Bostic of the Atlanta Fed — also said they were leaning toward a quarter-point increase.

Mester acknowledged that the Fed’s ever-higher rates will likely lead to layoffs and higher unemployment. But she said she thinks any increase in joblessness will be smaller than during a typical economic downturn.

She also said she hopes the Fed’s higher rates will mostly reduce the number of openings that employers have posted rather than cause widespread job cuts. Job vacancies are at historically high levels — a sign that companies are competing for scarce workers. If the number of posted job openings were to fall, it would mean that wages won’t likely rise so fast, a trend that should cool inflation.

On Wall Street, though, investors have signaled that they don’t expect the Fed to raise rates as high as Mester prefers. Futures prices suggest that the market thinks the central bank will implement two more quarter-point hikes and then stop.

But Mester said she would “need to see inflation moving down faster” before she could support a pause within the next few months.

“We’re starting to see our policy actions do what they’re intended to do,” she said. “But I do believe we have to continue raising … and then hold for a while so that we get back to price stability in a timely way.”