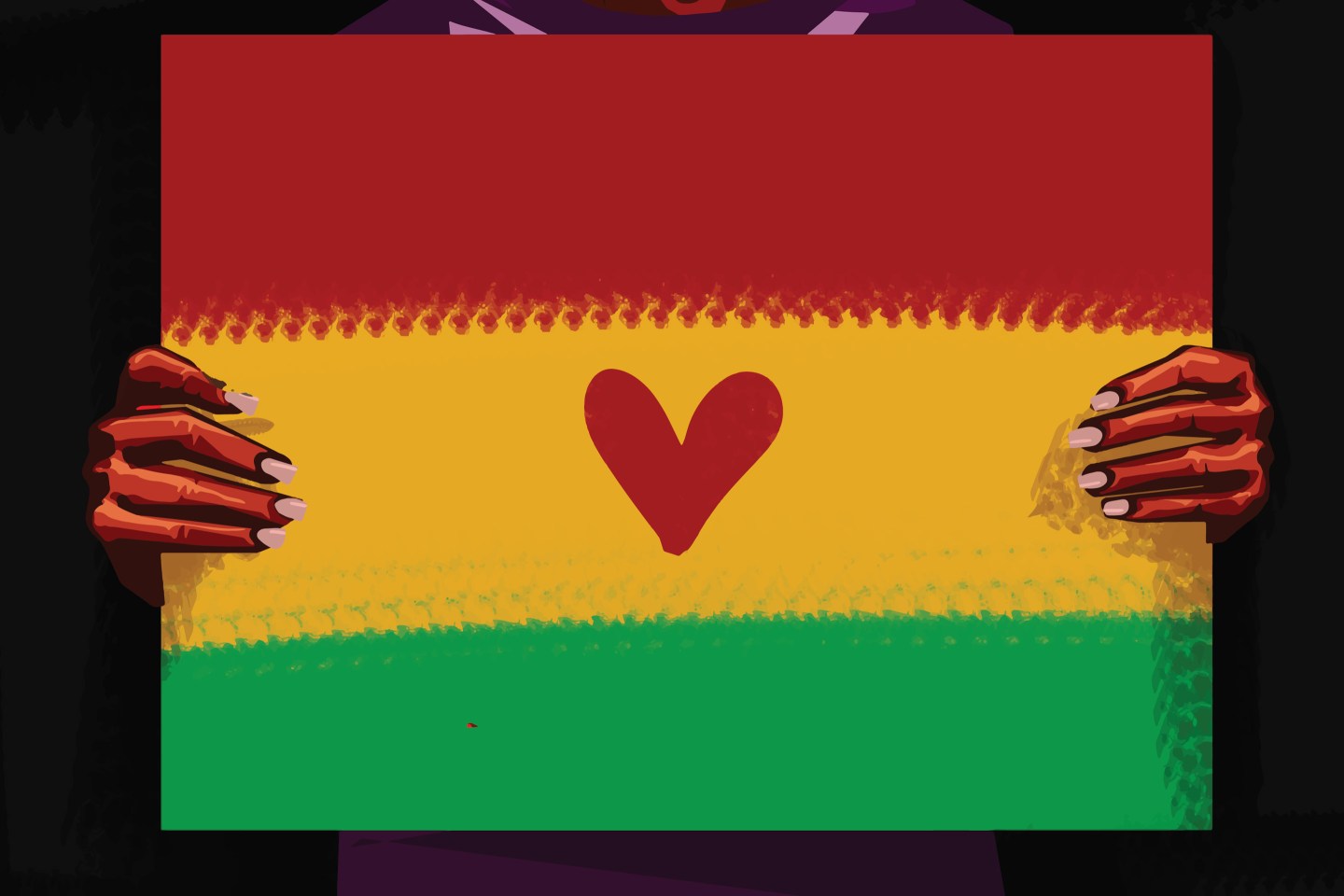 A few years ago, I caught up with chef, author, and culinary historian Michael Twitty to talk about what passes, or doesn’t, for the celebration of Black culture in corporate life. “People are trying to be sensitive by serving ‘classic’ soul food dishes,” he says, of the many ways large companies have traditionally marked moments like Juneteenth or Black History Month. “But we can do better than fried chicken.”

That line has stuck with me ever since.

Twitty burst into the public conversation about race, identity, and heritage in 2018 with his award-winning book The Cooking Gene, which explores the legacy of food, family, and culture in the American South. But his larger point has always been that the erasure of the full expression of Black history and culture is a central tenet of American life.

It’s not just the creative Black chefs, drawing on a rich heritage of culinary innovation, who struggle to find an audience in a landscape populated by white celebrity chefs, he says. It’s also about the reality of the food service industry, which is still disproportionately impacted by COVID. It’s about inequity. “Who are the people preparing the food?” he asks, noting that kitchen staffers are often raising families that live and languish in food deserts. “What I know from my own travels is that the people working in the kitchens of the restaurants, corporations, schools, and other institutions are rarely the ones who are eating well.”

And therein lies the conundrum of Black History Month in 2023, a year that promises new and alarming challenges to the many inclusion goals set in the aftermath of George Floyd’s murder. How to celebrate in the face of new assaults and unkept promises? From the widening racial wealth gap to the ongoing and disproportionate impact of COVID to the now daily attacks on diversity and inclusion initiatives, Black History Month feels less like a beacon and more like a disappointing bellwether.

Can the corporate community do better than fried chicken this year?

I know what I would do if I were in charge, but I’m more interested in what ­you are actually doing:

– For DEI practitioners, how have you learned to acknowledge the needs and contributions of wage-earning Black employees in your plans? How does your celebration benefit the broader community or other stakeholders?

– For ERG leaders and participants, how have you learned to make the month more intersectional?

– For white or majority culture leaders, what experiences have you had in the workplace that helped you better understand the specific work of Black racial justice? Did an occurrence during Black History Month play a role?

Help me spread the word—find me on social media or write back, subject line: Black History Month.

Oxfam has released its annual inequality report just in time for Davos
The pandemic was very good to the 1%, who accumulated twice as much new wealth as the rest of the world, capping off an already impressive run. Over the last two years, the world's richest saw their wealth increase by $26 trillion, while the bottom 99% saw their collective net worth rise by just $16 trillion. The global poor also grew during the pandemic years, and now some 1.7 billion workers live in countries where inflation is no longer keeping up with wages. More grim statistics below.
CNN

MIT research shows automation's effect on income inequality
Automation is the primary reason the income gap between more and less educated workers has continued to widen, according to an analysis of data from 1980-2016. “This single one variable…explains 50 to 70% of the changes or variation between group inequality from 1980 to about 2016,” says MIT economist Daron Acemoglu. The paper specifically cites automation that is cost-saving for the company, not labor-saving for employees, like self-check kiosks or call center automation. One remedy? Tax the robots. Even a modest levy would help.
MIT

What happens when images of violent Black death go viral?
The 2020 video of George Floyd’s murder was viewed over 1.4 billion times. Currently trending: the horrific death-by-tasing video of Keenan Anderson, a 31-year-old father and English teacher who died from cardiac arrest after lethal police aggression in Los Angeles. Tiera Chantè Tanksley, an assistant professor of equity, diversity, and justice in education at the University of Colorado Boulder, says her research suggests that the algorithms that propel these videos are designed to traumatize for profit rather than provide fodder for social justice. “When algorithms designed to protect against racism and hate speech identify calls to end anti-Black violence as a threat to community safety but select videos of Black people dead and dying to be hyper-circulated without censorship or content warnings, it reveals how technologies replicate the racial logics that produce, fetishize and profit from Black death and dying."
Perspectives on Sage Pub

Longtime readers know I relish the opportunity to bring you the hidden racist history of everything. In the food category, there are the tasteless tomatoes in your salad, the erased African and Native American influence in barbeque, and the man who actually created Jack Daniels. I mention them because, well, racism, but also because the world is more interesting when you understand the origin story and the people whose names are conveniently left off the page.

This brings me to a staple dish in the Black community: macaroni and cheese.

The feel-good favorite comes to the world by way of Italy and has been around for centuries. But the uniquely American version that appears at so many picnics and on Thanksgiving tables comes from James Hemings (1765-1801), a culinary innovator, master chef, and brother of a woman you likely know, Sally. Both were enslaved by Thomas Jefferson, who had the additional audacity to take credit for the dish.

Hemings was trained as a French chef and had enormous influence in what we now politely call the colonies. In addition to mac and cheese, he introduced crème brulée, meringues, ice cream, and french fries to elite diners in the U.S. When bitter enemies Alexander Hamilton and Thomas Jefferson, along with James Madison, sat down to “hammer out their differences” in 1790, Hemings cooked the meal.

This is a pretty big accomplishment for an enslaved person.

So, history, while it can be delicious, can also be deceiving. And this anecdote proves that it does make a difference who is in the room when it happens.

“When you control a man's thinking, you do not have to worry about his actions. You do not have to tell him not to stand here or go yonder. He will find his 'proper place' and will stay in it. You do not need to send him to the back door. He will go without being told. In fact, if there is no back door, he will cut one for his special benefit. His education makes it necessary.”

—Carter G. Woodson, scholar, and founder of what became Black History Month, from The Mis-Education of the Negro