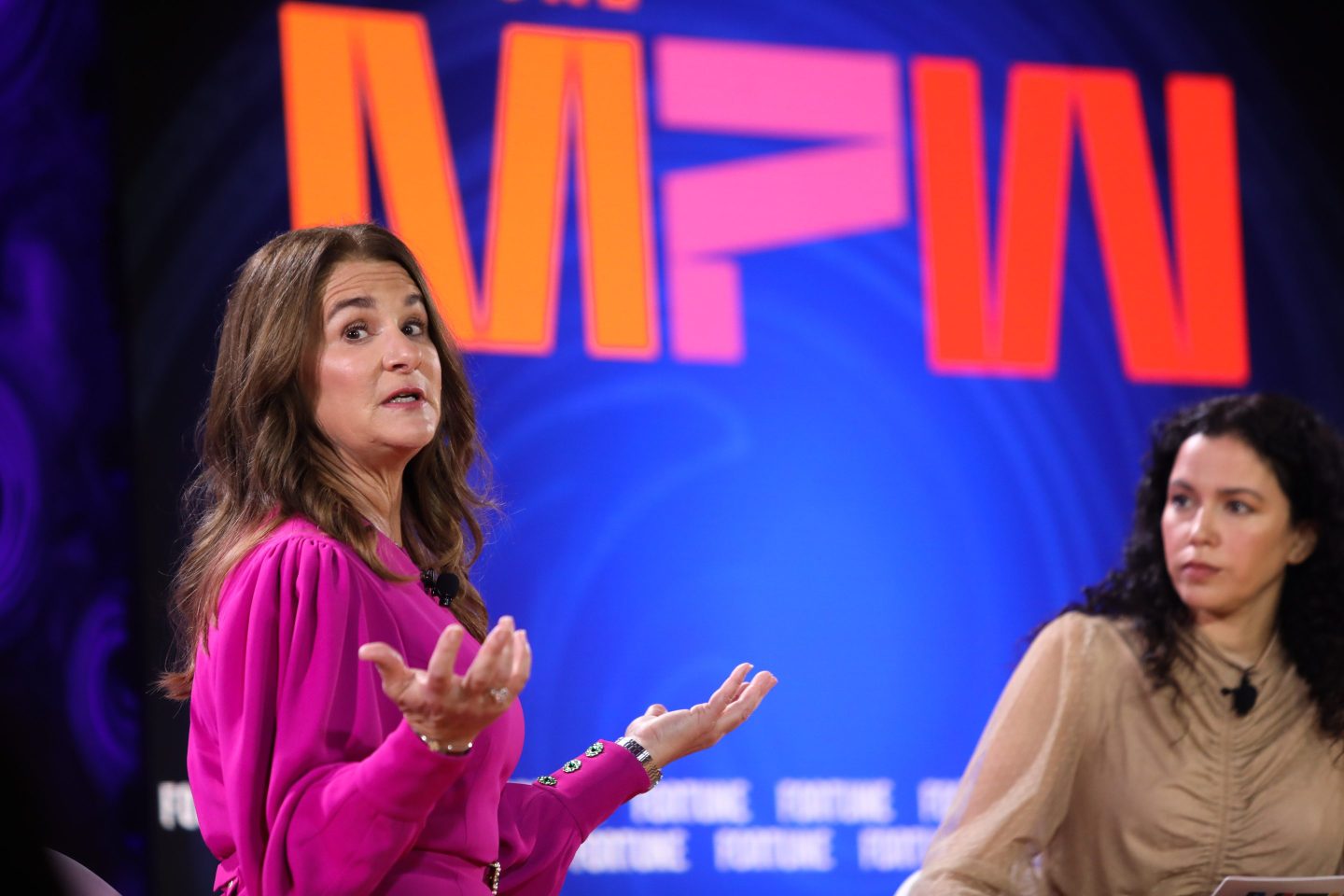 – Giving pledge. Since stepping into the spotlight as a philanthropist on her own terms, Melinda French Gates has made waves. She’s doubled down on her support for women. She’s spoken about the realities of divorce. And now, she’s trying to convince other philanthropists to help.

A new story in the Wall Street Journal describes French Gates’ new role as a solo philanthropist. According to the story, French Gates met with a small group of fellow signers of the Giving Pledge, the promise the ultra-wealthy make to give away their fortunes, in November. At that meeting, she argued that fixing the caregiving crisis in the U.S. is one of the most important issues facing women today.

“We have to fix this country’s broken caregiving system if we want to see more women unlock real power in their lives,” she said.

The anecdote is an example of how women are wielding power behind the scenes as the distribution of wealth around the world changes. Donations to organizations focused on women and girls totaled $7.9 billion in 2019 or just 1.9% of charitable giving in the U.S., the Journal reported.

With an $11 billion fortune, French Gates is listed at No. 172 on the Bloomberg Billionaires’ Index. The enormous sum is still smaller than the net worths many Giving Pledge signers have promised—like MacKenzie Scott. So French Gates’ true influence may come by not just donating her own money to women and girls, but convincing others to give away theirs.

- City strike. More than 7,000 nurses walked off the job in New York City yesterday. Their strike protested widespread staffing shortages that they say are leading to burnout and worse patient care. CNN

- Demanding job. Shannon Watts founded the gun safety organization Moms Demand Action after the Sandy Hook massacre more than a decade ago. This year, she plans to retire as the group's leader, she announced yesterday. Washington Post

- Senate seat. Rep. Katie Porter (D-Calif.) is reportedly planning to launch a bid for Senate. Sen. Dianne Feinstein (D-Calif.), 89, is expected to retire ahead of the 2024 race but hasn't yet announced her plans. Politico

- #MeToo minister. Mariëtte Hamer has a rare government job. In the Netherlands, she's the country's commissioner tackling sexual violence and misconduct in the workplace. She thought her main challenge would be to keep the conversation about #MeToo going, but instead, she found that these are problems that require a massive societal overhaul. Bloomberg

- McConsequences. Former McDonald's CEO Steve Easterbrook agreed to a five-year ban on serving as a public company officer or director. He was accused of making misleading statements about having sexual relationships with employees and was subject to a Securities and Exchange Commission investigation following his exit from the fast food giant. He agreed to pay a $400,000 fine without admitting to the SEC's fraud claims. Wall Street Journal

The FTC’s proposed ban on noncompetes wouldn’t only mean a huge victory for Gen Z workers. Here’s why it would also benefit employers across the country Fortune

Why did the Sex Lives of College Girls finale betray its thesis of female friendship? Jezebel

"To talk about the dynamic of power set in a patriarchal world, but with women having the power…I was scared!"

- Actor Noémie Merlant on her role in the Cate Blanchett film Tár, about the abusive female conductor of a major orchestra.