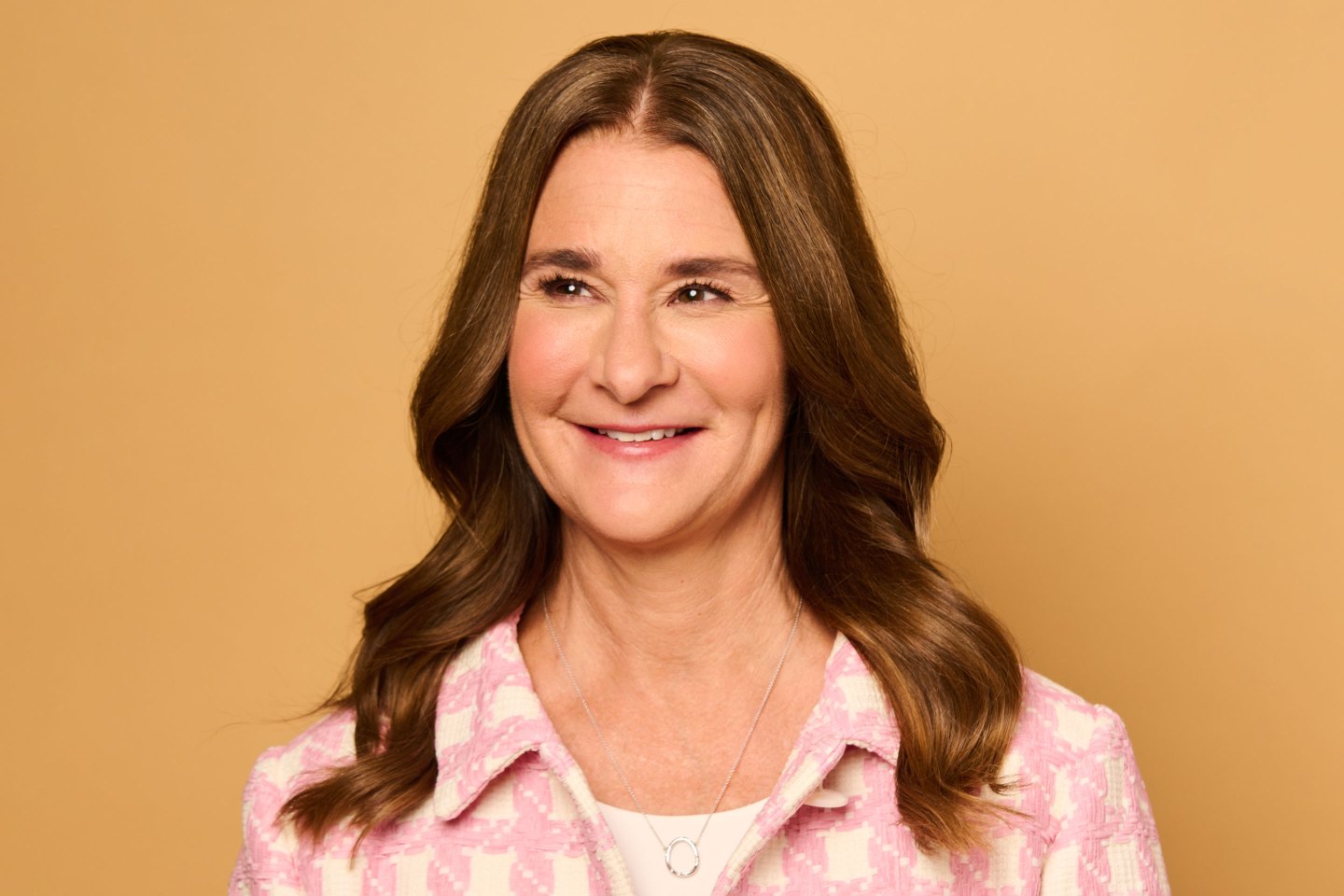 Painful and transformative. I’ve written about hundreds of business leaders over the years, and the subject of divorce has very rarely come up. But it seemed like a relevant topic to discuss during a recent interview with philanthropist Melinda French Gates, summarized in a just-published story in Fortune.

Let me back up: In May 2021, after nearly three decades of marriage, French Gates and her now ex-husband, Bill Gates, announced they were getting divorced. Statistically speaking, this was no anomaly. The year before, there were a whopping 630,505 divorces tallied in the United States—and that was the lowest number in the past 20 years, according to the Centers for Disease Control and Prevention (yes, the CDC tracks divorce rates). But what is atypical when it comes to French Gates’ separation is the fact that she and her ex-husband still chair the Bill and Melinda Gates Foundation, one of the largest philanthropic organizations in the world, together.

“I kept working with the person I was moving away from,” French Gates told me during our interview in early September. “And I need[ed] to show up and be my best self every single day.”

As it turns out, there’s another aspect that’s unique about French Gates’ divorce: She was willing to talk about it. “It was unbelievably painful in innumerable ways,” the philanthropist said, speaking candidly and openly about the separation. She recalled crying some mornings, then getting on a video call with her ex-husband, among other colleagues at the nonprofit organization. “I learned that as a leader, I could do it,” said French Gates. “It reminded me that the foundation calls me to be my best.”

French Gates, who is also founder of her domestic-focused investment firm, Pivotal Ventures, says her main concern throughout the divorce was protecting her kids. And, of course, making space for herself as she went through the painful process. “The odd thing about COVID is that it gave me the privacy to do what I needed to do,” she said.

French Gates has always been a private person, even as she’s held very public roles. But sitting across from her during our interview, it was clear she was comfortable talking about her divorce—and maybe even felt a sense of responsibility to do so. While divorce is prevalent, we as a society don’t talk about it. And it’s not just high-profile leaders who normally steer clear of the topic; it’s all of us.

When I went through my divorce eight years ago—the most challenging part of my life—I didn’t tell most of my colleagues. My daughters were 2 and 4 years old, and the process was brutal. But despite the statistics, I was ashamed, in grief, and figuring out how to be a (single) mother in this new reality. Even having to check the “divorced” box on various forms felt like an admission of guilt. I had failed at marriage.

Hearing one of the most impactful women in the world of philanthropy openly describe her divorce as “unbelievably painful” was eye-opening and refreshing. I had intended to ask her how the divorce had affected her as a leader, but in her response, it was clear that there was no way to separate the answer from how it had impacted her as a person. It was also clear that the divorce had shaped her in this next phase of her career and life in so many ways.

“You can’t really prepare yourself, but I knew I was making the right choice,” French Gates told me. “And we got out [to] the other side.”

Divorce is painful and transformative, and that’s why we should talk about it.

CORRECTION: An earlier version of this story incorrectly referred to Pivotal Ventures as a nonprofit. It is an LLC.

Settled lawsuit. JD.com founder Richard Liu has reached a settlement with Liu Jingyao, a former University of Minnesota student who accused him of raping her in 2018, according to a joint statement released late Saturday. The settlement announcement came two days before a civil trial was expected to begin in Minneapolis. New York Times

First day. Justice Ketanji Brown Jackson’s investiture ceremony was held Friday, with her fellow Supreme Court justices, President Joe Biden, and Vice President Kamala Harris among those in attendance. Jackson will hear her first arguments on Monday as the court begins a term that will hand down decisions for major cases regarding affirmative action, voting, free speech, and LGBT rights. New York Times

Elon, Gayle, and Oprah. Of the hundreds of texts released last week as part of a lawsuit between Twitter and Elon Musk, few were with women. But the Tesla CEO did exchange messages regarding his Twitter bid with CBS Mornings cohost Gayle King, who called Musk’s offer a “gangsta move.” Musk then floated the idea of Oprah Winfrey, King’s best friend, joining the board under his ownership. TechCrunch

Degree not required. As increasingly out-of-reach college tuition prices worsen existing social and racial inequities, General Motors’ chief diversity officer Telva McGruder has decided to scrap degree requirements for some jobs. While McGruder, who has a master’s in electrical engineering, understands the benefits of an advanced degree, she says the company’s removal of degree requirements for certain roles has expanded its applicant pools. Fortune

Not very funny. Apple senior vice president of procurement Tony Blevins is leaving the tech giant after he joked that he fondles “big-breasted women” for a living in a TikTok video from early September. Blevins, a 22-year veteran with the company, told Bloomberg he wanted to “sincerely apologize” to anyone who took offense to his “mistaken attempt at humor.” Bloomberg

Media mogul. What can’t Keke Palmer do? On Friday the 29-year-old multi-hyphenate announced she is launching her own digital network, Key TV. The network hasn’t disclosed what type of content it will produce, but Palmer said it will spotlight a “new generation of creators.” Teen Vogue

Minority-majority. The appointment of Grace Puma, a retired PepsiCo executive, to Target’s board of directors last month marks 140 S&P 500 companies with boards that are majority women and people of color, up from 93 boards in 2020. Bloomberg

Alone at the edge of the world Atavist Magazine

As floodwaters rose, she fought to save her disabled brothers New York Times

“You are a visionary and one of one.”

—Beyoncé’s tribute to her sister, Solange, for her recently debuted original score for the New York City Ballet