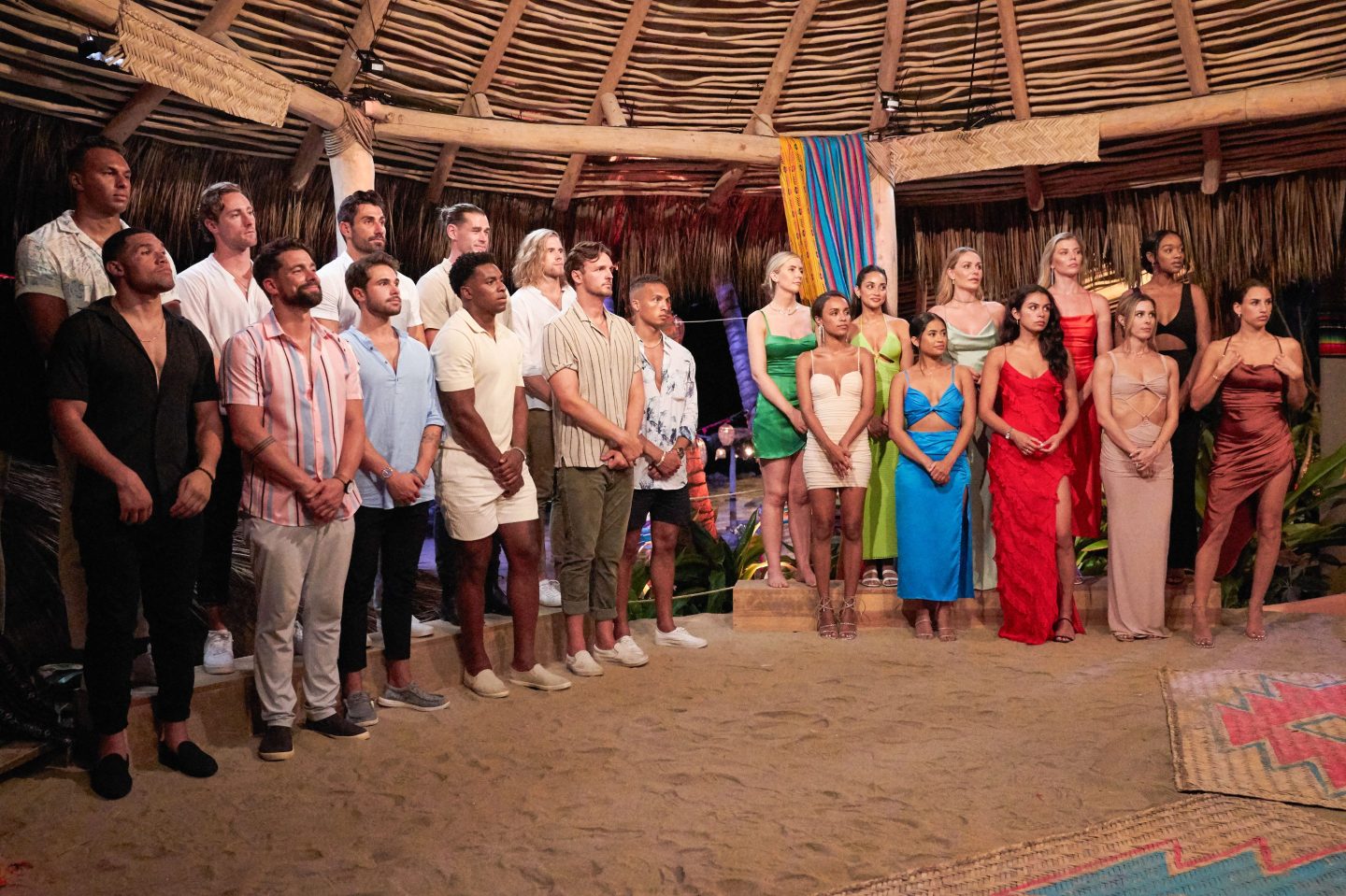 Back in 1999, psychologist Steven Stein received a call from a colleague about someone he met at a party.

The partygoer’s name was Mark, and he was interested in the tool Stein and his coworker developed to gauge emotional intelligence (the Emotional Quotient Inventory) for a new reality TV show he was creating: a bunch of people isolated on an island, kicked off one by one every week.

Stein was dubious, to say the least.

“First thing I said was, ‘Who’s gonna watch a show like that?’” he told Fortune. Looking back, he admits his prediction was off. That show was Survivor, which ended up winning seven Emmys. The partygoer happened to be none other than producer Mark Burnett.

Despite his doubts at the time, Stein decided to take on a job consulting as the show’s psychologist, beginning his 20-year career in reality television psychology. In 2005, he took on his first full-time psychologist job for HGTV show From The Ground Up. Since then, he’s worked with shows such as The Amazing Race Canada, MasterChef Canada, Bachelor Canada, Bachelor in Paradise, and Big Brother Canada, which he works with the most these days.

It’s a psychologist side gig, of sorts: Stein, who is based in Toronto, is the founder of psychological assessment company Multi-Health Systems (MHS), a full-time job he juggles with being a reality TV psych for shows before and after they air. Working with larger-than-life characters and feeding the nation’s obsession with reality TV is a relatively new part of psychology. It’s a fun gig, Stein fully admits, that many aspiring psychologists covet—at least among the university students he gives talks to, who ask him when he’ll retire because they want his job.

The consulting work is also a nice break from Stein’s past experience working with clients as a clinical psychologist. “I spent my time working with people who are depressed and anxious…and all the usual psychological stuff,” he says. “And I think this time in my life, I want to have fun.”

He spoke with Fortune about the ins and outs of his job, from choosing the cast to debriefing them while filming.

Picking out your favorite cast member

The villain you love to hate or the girl next door you’re rooting for? Stein is responsible for putting them on your TV. Most of his job is concentrated around screening contestants, a process he describes as similar to “casting a Broadway play—you want all these different characters.” Once potential contestants are greenlit, Stein walks the producers through casting dynamics, such as potential situations cast members might fall into or how they’ll react to one another. From there, producers determine the official cast. Stein says he likes to choose people who break stereotypes and defy audience expectations.

After reviewing the personality tests, Stein interviews contestants to confirm the show is right for them and that they’re who they say they are. While the screening process is a casting tool for Stein, it can spark some revelatory moments for potential contestants—many of whom Stein says lacked resources to ever get counseling, making him their first psychologist.

He recalls a time when a contestant said she always felt different from the people she grew up with. After learning of her love for reading and how she felt she couldn’t discuss her interests with friends, he explained that what she was experiencing was likely due to her purported high IQ. She began to cry. “Suddenly, I was able to explain a lot of things to her about her life that she didn’t understand in a short time period,” Stein says.

Other times, wild cards pop up, like the young woman who came in wearing a robe and carrying a plate with a dome-shaped cover for a cooking show. After dramatically revealing a cupcake to the producers, she twirled around to shrug off her robe, exposing a tiny bikini. As Stein tells it, she was escorted out.

It’s the contestants who ultimately decide what character they’re coming into the game with. There’s not much production happening in the storyline, Stein asserts, likening it to Candid Camera—the situations might be set up, but the reactions are real. “We want people who really seem to be badass. Part of what I gotta do is make sure they’re real,” he continues. “The reason people watch these shows is because the emotion is real… That’s what makes the show exciting, it’s real anger, it’s real sadness.”

Over time, Stein’s role has evolved from just casting to providing debrief therapy sessions as cast members re-enter reality. “It’s people’s lives you’re dealing with, as much as it’s fun and games,” he says. “[There’s] a serious part to it. And it can seriously affect their lives.”

When he first started, he was usually warning contestants that reality TV wouldn’t necessarily make their career or last too long. Now, he says the main issue is warning them about online hatred. “Social media has really affected these shows. So I really have to prepare them for what’s to come,” he says, explaining that cast members may have thought they were great on the show and that they have fans, while the outside world actually hates them.

Stein is typically on set once a week when a show is filming, guiding people through the process. That’s especially important in the beginning, as they adjust to unnatural scenarios like living with 15 people, and in the end, when they’re starting to get tired and miss home. Telling the cast of a show that COVID lockdown was going to shutter production was one of Stein’s most difficult debriefs to date. “I had to explain to each cast member that there was a pandemic, what that meant, and why they had to fly home as soon as possible,” he says. “There were a lot of tears and shattered dreams. I spent long hours in a nearly deserted studio debriefing each person.”

The main priority is making sure everyone is safe, he says. Despite rumors of producer manipulation, he says, safety trumps entertainment. While Stein is on call, he’s not always on set, so he has walked the producing crew through signs of distress since they’re there 24/7. He stays in contact with them every couple of days, making sure none of the cast members are showing any odd behaviors. One of his biggest challenges on set, he recalls, is when he had to debrief a popular cast member removed from a show for threats of violence.

But he usually only has to step in and consult contestants through their qualms three or four times over the course of a show. And some of those he talked into staying, he says, he’s met again down the line.

“They have thanked me so much for that memory…in spite of it being difficult,” he says. “And many of them have told me they’ve grown as a result of the experience.”