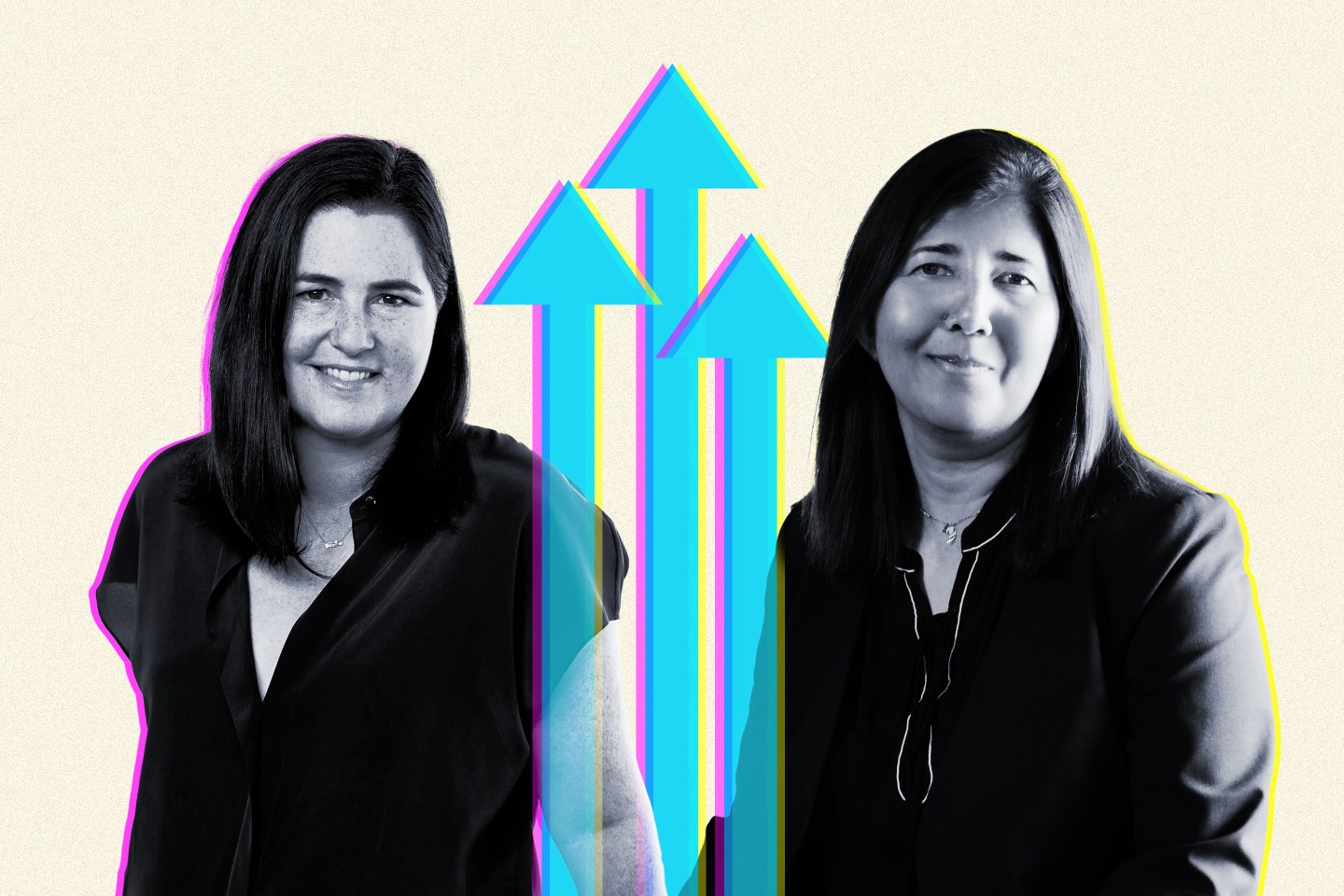 Mandy Ginsberg and Shar Dubey are best friends in and out of the C-suite.
Photo Illustration by Fortune; Ginsberg: Courtesy of Advent; Dubey: Courtesy of Fortive

Welcome back, Broadsheet readers! Congress begins a new term, we remember Barbara Walters, and two CEOs hope their friendship can inspire others at the top. Have a wonderful Wednesday and a great start to your 2023.

– To the top. There’s an adage that most executives who make it to the C-suite acknowledge is true: It’s lonely at the top. Becoming a CEO often means standing alone, no longer able to complain, debate, or dream big alongside anyone at work in a true “no-agenda conversation.”

Shar Dubey and Mandy Ginsberg, two former CEOs of Match Group, are rare corporate leaders to make it to the top without sacrificing that kind of friendship at work. The pair met more than 20 years ago at a dotcom-era tech company in Texas before jumping to the online dating giant Match.com in its early days. They climbed the corporate ladder in tandem, charting career trajectories that culminated in serving back-to-back CEO tenures at Match Group between 2018 and 2022.

In a new feature for Fortune, I dive into their relationship—and what makes it so unique. Not only are the pair trusted colleagues, they’re best friends who spend their off-time vacationing together in Europe. Ginsberg became the CEO of Match first, but she stepped down after suffering several personal blows: Her home in Dallas was destroyed by a tornado, and, shortly afterward, her doctor told her she needed surgery to remove the breast implants she’d received during a preventative double mastectomy, which had been recalled for risk of cancer. In early 2020, Dubey, who had been Ginsberg’s No. 2, stepped up to take over the CEO job when her best friend—and her board—needed her.

Mandy Ginsberg and Shar Dubey are best friends in and out of the C-suite.
Photo Illustration by Fortune; Ginsberg: Courtesy of Advent; Dubey: Courtesy of Fortive

The pair have a remarkable bond—one that becomes all the more notable when you consider its context. In 2018, LeanIn.org found that 40% of senior-level women reported being the only female executive on their leadership team. Women who were an “only” were 50% more likely to consider quitting their jobs. Furthermore, corporate America often rewards traits like ruthlessness that can be at odds with workplace friendship.

At Match, Dubey and Ginsberg proved to be the exception. That’s why the pair teamed up again in October when they began new roles as operating partners at the private equity firm Advent International. They hope to help growth-stage companies and their founders achieve the kind of growth they oversaw at Match (its stock was up 143% during their combined CEO tenures) and nurture meaningful relationships—like theirs—that can aid their development, personally and professionally.

“People complain that it’s lonely at the top,” Dubey told me. “But I never felt it.”

- New term. Midday yesterday, Congress's new term began—bringing to a close the Nancy Pelosi era of Democratic leadership. The GOP took control of the House; in the Senate, Sen. Patty Murray (D-Wash.) became the institution's first female president pro tempore or No. 2. Many of the women who were first elected to office in 2018's history-making class are now stepping into leadership roles for the first time.

- Broke barriers. Over the Broadsheet's holiday break, legendary journalist and anchor Barbara Walters died at 93. Before her prolific career as an interviewer of celebrities and other notable figures, Walters broke barriers as the first female cohost of the Today show and the first woman to anchor a network evening news show. New York Times

- Crackdown continues. The Taliban's suspension of higher education for women in Afghanistan in late December continued its brutal crackdown on women's rights. The ruling government has also banned women from working for non-governmental organizations, which prompted a meeting with a senior UN official this week. NPR

- Overdue victory. Before the close of its last term in December, Congress passed the Pregnant Workers Fairness Act. The long-fought protections for pregnant workers made it through as part of the Biden administration's $1.7 trillion federal government spending package. CNBC

- Guilty verdict. After an emotional trial, rapper Tory Lanez was found guilty in the 2020 shooting of Megan Thee Stallion last month. Megan was subject to misogynistic criticism, online and offline, throughout the proceedings. CNN

- FDA accuracy. The Food and Drug Administration officially clarified that emergency contraceptives like Plan B are not a form of abortion and do not "prevent a fertilized egg from implanting in the womb." The agency made a labeling change to the medication after anti-abortion advocates conflated the two forms of reproductive health care. CNN

Not long ago, she was living in her car. Now, Sheng Thao is about to be mayor of Oakland San Francisco Chronicle

The year men flopped The Cut

"This is what happens when you don’t recycle your pizza boxes."

- Greta Thunberg, in a Twitter exchange that took down online misogynist Andrew Tate