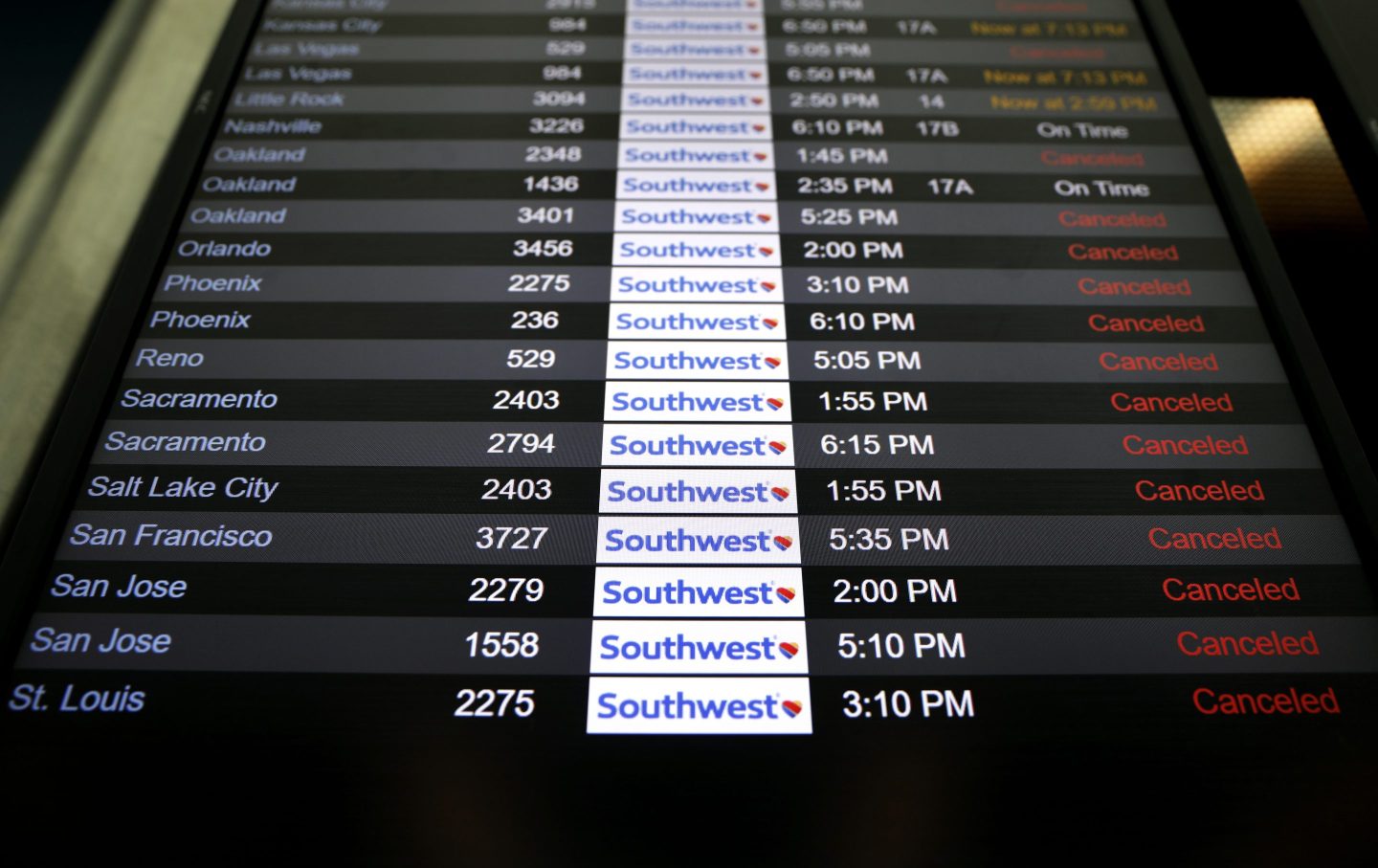 To apologize for the cascade of flight cancellations last week that left hundreds of thousands of people stranded during the peak holiday travel days, Southwest Airlines is offering “significantly impacted” passengers—including this reporter—25,000 Rapid Rewards bonus points as a form of mea culpa.

This reward is equal to roughly $300, which can be redeemed for a future Southwest plane ticket, gift card, or merchandise, according to the email Southwest sent out detailing the offer. While the airline claims that the points have “no blackout dates, can be used on any available seat, and never expire,” how many points customers need to redeem for a roundtrip flight depend on the destination, day of travel, demand, and other factors.

The offer is being extended to those whose flights were canceled or delayed more than three hours between Dec. 24, 2022, and Jan. 2, 2023. It is being given in addition to reimbursements and refunds on flights and incidental expenses.

“Our Purpose has always been to connect our Customers to what’s important in their lives. And this holiday season, as you made plans with us to do just that, we fell short,” reads the email, which was sent in the name of Southwest CEO Robert Johnson. “For that, please accept my personal apology.”

Just like the refunds and reimbursements the airline has been promising customers for their canceled flights, the points aren’t being given out automatically. Passengers must redeem a unique code and be a Rapid Rewards member to receive them. Those who are not already signed up for the rewards program will need to do that before they can claim the offer and redeem the points.

Customers whose flights were canceled and were unable to rebook them can still request a refund directly on Southwest’s website. If you incurred expenses because of your delay or flight cancellation—say, you had to pay for additional days in a hotel, meals, or another form of transportation—between Dec. 24, 2022, and Jan. 2, 2023, you can email the company and submit receipts for reimbursement.

“We have a long and proud 51-year record of delivering on our customers’ expectations and connecting them to important moments in their lives,” Chris Mainz, a spokesman for Southwest, told Fortune. “But we aren’t perfect, and when we fall short, we aim to do the right thing.”

Though many airlines were affected by late December’s winter storms, Southwest’s troubles were unique and persistent; the carrier experienced a systemwide meltdown that lasted days longer than the disruptions at other airlines.

So many flights were canceled—around 45% from Dec. 21 to Dec. 29, according to FlightAware—and so many passengers impacted, in fact, that the federal government is investigating what happened. In total, the airline could lose hundreds of millions of dollars. An affected passenger has already filed a proposed class action lawsuit for the airline’s failure to refund stranded customers.