‘We’re in a chip war’: Korea’s lead on semiconductors is worried about the country losing chip manufacturing to the U.S. 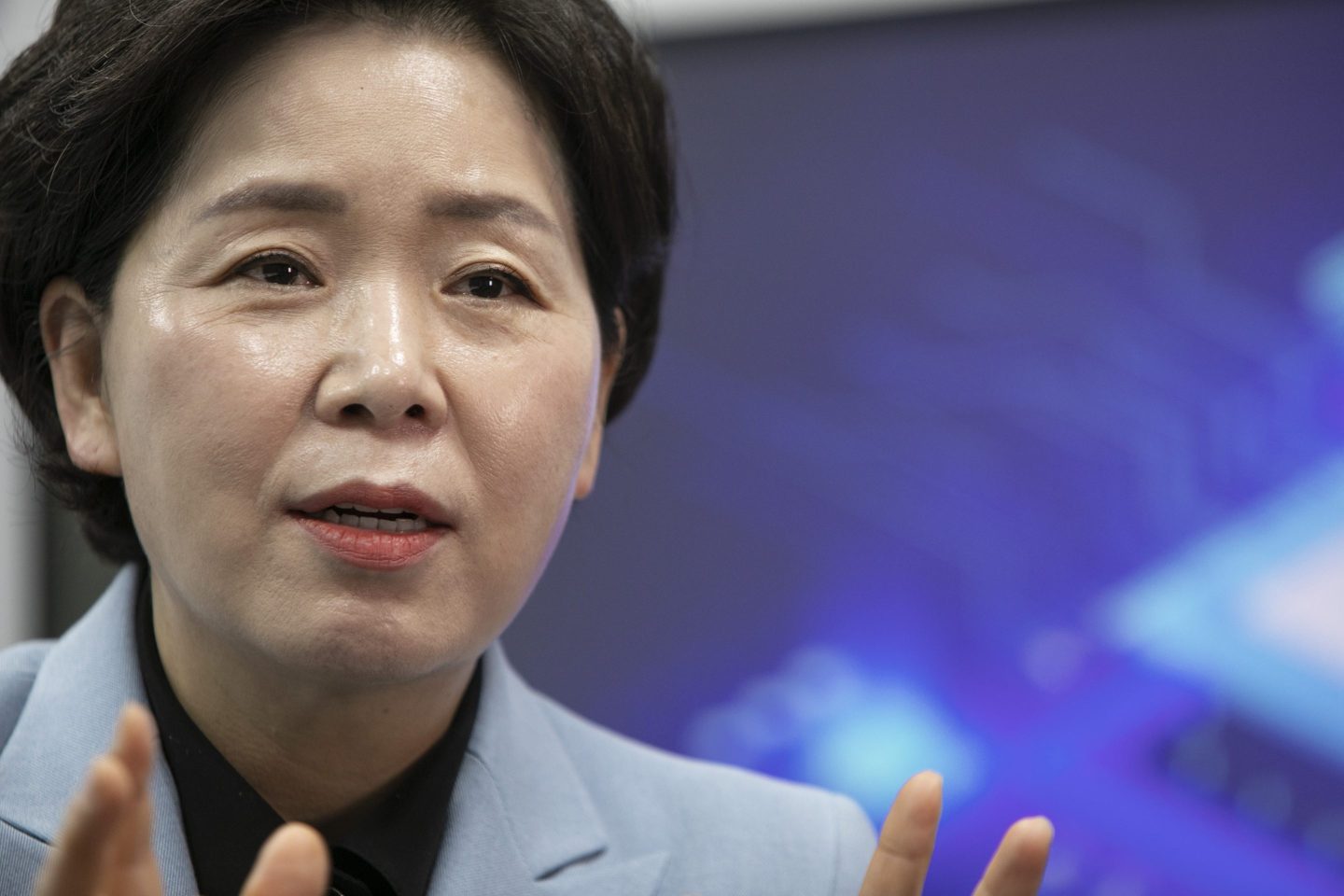 Yang, who rose from a researcher’s assistant at the storied company before heading the key memory chip development division, is the lead architect of a nationwide effort to fund and galvanize its domestic chip industry. Her mission is surging in importance as the U.S., China and Japan pour billions into building up their own chip supply chains, clouding Korea’s future role in semiconductors, she told Bloomberg Television.

It’s a matter of national security, she said, echoing the views of those in Washington and Beijing who’re funneling talent, money and policy support into the development of the slivers of silicon powering future technologies from artificial intelligence and the metaverse to next-generation computing and—notably—military capability.

“We’re in a chip war,” Yang said in a December interview. “Technology supremacy is a way that our country can take the lead in any security-related agenda, such as diplomatic and defense issues, without being swayed by other nations.”

Yang, who leads a 13-member special committee President Yoon Suk Yeol’s ruling party formed this year to brainstorm a solution, has argued that only through strong and direct intervention can Seoul expand its position in the $550 billion global semiconductor industry. She’s one of a growing number of global policy makers who have embraced tech protectionism after pandemic-driven logistics snarls highlighted countries’ dependence on one another for key electronic components. She’s won an ally in Yoon, who has joined Yang’s calls for more policies to help the country’s homegrown chip sector, which includes SK Hynix Inc. as well as Samsung.

Her efforts may be starting to bear fruit. Last month, parliament passed Korea’s version of the U.S. Chips Act. Spearheaded by Yang, the move expedites the approval process to build factories in the metropolitan area, while increasing the number of tech-specialized schools. Separately, parliament passed an initial bill offering a tax credit of 8% to big firms investing in semiconductor manufacturing, far smaller than Yang’s proposal of 20% to 25%.

Those gestures are a far cry from the billions of dollars in subsidies that other countries are committing to chip production, said Yang, adding that short-term political interests are blinding fellow lawmakers at the National Assembly. Some of her peers have argued, in turn, that overly generous incentives threaten government finances and would only benefit big companies.

On Tuesday, the finance ministry announced a plan to increase the tax break on big companies’ capex to as much as 25%. It’s unusual for an administration to propose substantive changes so soon after lawmakers pass a bill.

Unless the government steps up its incentives, more Korean companies could move their major production facilities to the U.S., and take their best engineers with them, Yang said. Samsung plans to build a $17 billion semiconductor plant in Texas, and has floated the possibility of spending almost $200 billion on a series of plants in Austin and Taylor.

Korea has a unique opportunity to counter this trend, Yang said. Taiwan—where Taiwan Semiconductor Manufacturing Co. is based—produces the majority of leading-edge chips controlling the newest iPhones, servers and supercomputers. That’s triggered calls worldwide to diversify production away from an island that China claims and has threatened to invade.

“Samsung is the only company in the world that can fill in for TSMC,” said Yang.

Yang, who first joined politics in 2016 at the encouragement of former President Moon Jae-in, is an independent lawmaker who left the Democratic Party in 2021 amid criticism about her response to a sexual assault case against one of her aides, who was also a relative. Yang later apologized. A police investigation yielded no charges against the lawmaker.

Chip policy takes up her time now. Escalating sanctions on advanced technology are putting increased pressure on the country to choose between the U.S., its security ally, and China, its biggest trade partner. Both have asked South Korea to expand chip production partnerships.

But Seoul has sidestepped explicit comments regarding its commitment to the Biden administration’s sanctions on exports of U.S.-affiliated knowhow to China.

That delicate situation highlights the need for Korea to build its own domestic technological capabilities—or risk growing ever more beholden to foreign powers, Yang said.

This is the time to offer Korean companies more incentives to build production capacity at home, rather than abroad, Yang said. The country needs to do more to keep young talent, she said.

“How else would our country survive?” she said. “It’d become a new technological colony.”