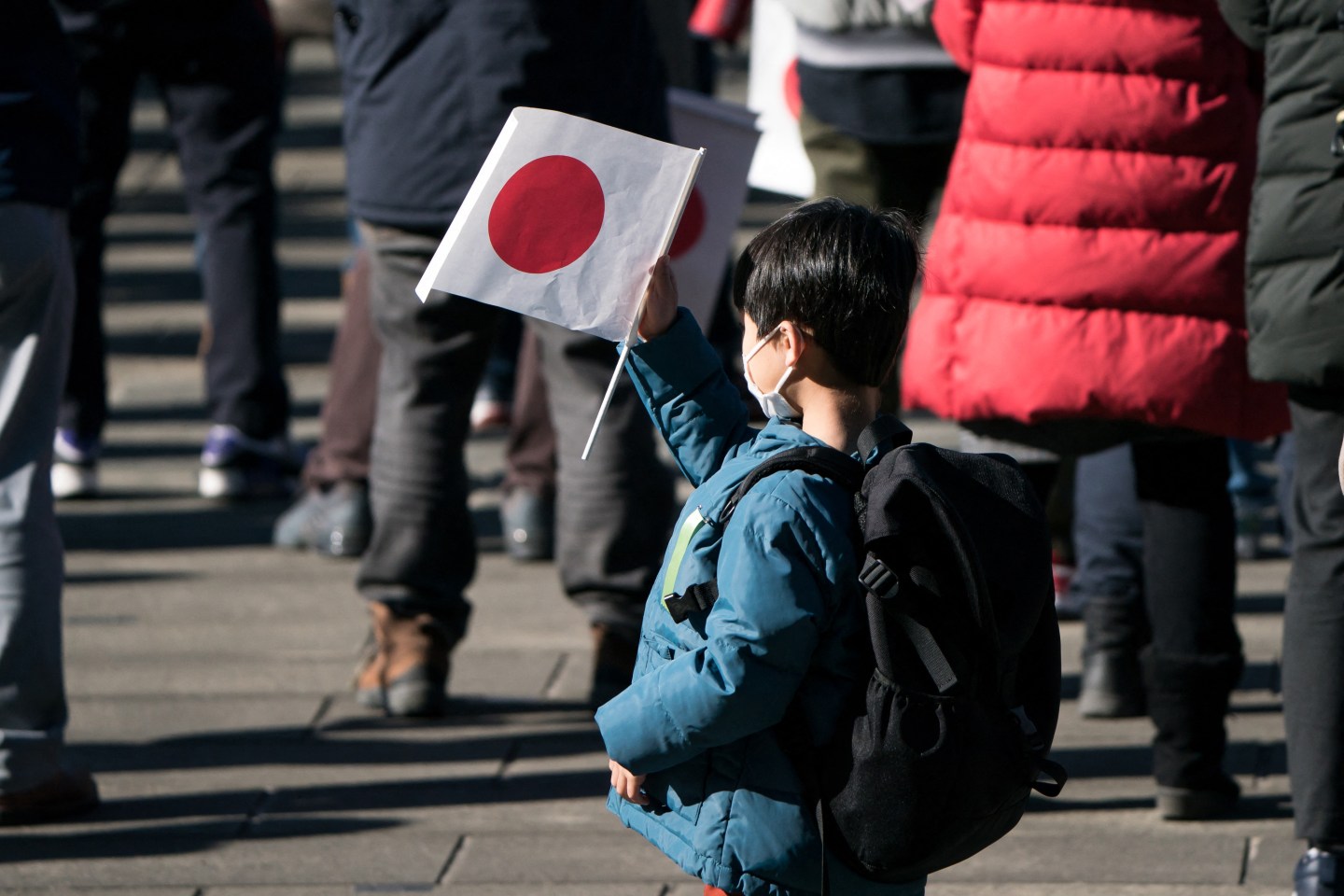 Japan is offering families 1 million yen per child if they move out of Tokyo.
Tomohiro Ohsumi—AFP/Getty Images

Japan’s population is getting older, fast—and the government is willing to pay families with children thousands of dollars in a bid to distribute its younger citizens more evenly across the country.

The Japanese government has pledged to increase the amount it’s offering families to move out of the greater Tokyo area, announcing last week that it will raise the payment to 1 million yen ($7,660) per child from April.

Introduced in 2019, the incentive—which currently pays out 300,000 yen ($2,300) per child—aims to encourage people raising children to move to regions with declining birth rates and aging populations.

Movers will initially receive 1 million yen per household if they meet one of three prerequisites, but a couple with two children could receive up to 3 million yen for leaving Tokyo, according to Japanese news agency Nikkei.

The three conditions that must be met for the payment to be made are employment at a small or midsize company in the area the family is relocating to; continuing their existing jobs remotely after moving; or starting a business in their new place of residence.

News agency Kyodo reported that if a couple with two children were to move and start a business in their new hometown, they would receive up to 5 million yen ($38,302) in financial support from the government.

To be eligible for the payments, households must also have lived in one of Tokyo’s 23 wards for more than half of the past decade, including the past year.

However, families with parents commuting to the wards—densely populated municipalities at the heart of the Japanese capital—from other parts of Tokyo, and those from the districts of Saitama, Chiba, and Kanagawa, also qualify to take part.

Children must be under age 18, or 18 but in the final year of high school, for the family to receive the support payment.

Those opting to take up the government’s offer will be able to do so regardless of their income—but they must commit to living in their new municipality for at least five years. If families receive the payment but move out before the five-year period is up, they will be required to return the cash.

Around 1,300 Japanese municipalities are taking part in the program, accounting for 80% of the country’s districts.

Many countries are looking to inject investment into their rural or urban regions, however, Japan’s relocation incentive is part of a wider strategy to address an urgent, entrenched problem: its aging population.

Last year, official data showed that the country’s population had plummeted by a record 726,342 people between 2020 and 2021, marking the 13th consecutive year of population decline as deaths continued to outnumber births.

The fall left the Japanese population standing at 125.9 million people, a decrease of 0.57% from a year earlier.

Some researchers have projected that the Japanese population will decline to 90 million by 2055—at which point 41% of the people living in the country will be over the age of 65. Meanwhile, government reports have predicted that in a “medium-fertility” scenario, the population could fall below 100 million by 2048, dropping to 86.4 million by 2060, with the numbers decreasing even more rapidly in a “low-fertility” situation.

With a life expectancy of around 85, Japan is the most rapidly aging country in the world, with experts labeling its population a “super-aged” society.

Last year, there were 90,526 centenarians living in Japan, meaning the number of Japanese citizens over the age of 100 had grown by five times over two decades.

In a bid to counteract the socioeconomic problems associated with an aging population—such as increased welfare spending and less tax revenue—the Japanese government has announced a string of interventions including programs aimed at reducing “workaholic” social practices often blamed for stifling childbearing.

However, the birth rate has remained low, with Japanese women having, on average, 1.3 children during their lifetimes.

Offering families a bigger financial incentive to leave the capital could help the government recover the somewhat lackluster response to the scheme since its launch three years ago.

According to Nikkei, 1,184 households took up the government’s rural relocation offer in 2021, up from 290 in 2020 and 71 in 2019. The increase in 2020 is thought to be thanks to officials beginning to allow remote workers to participate in the scheme.

The government is hoping to increase the number of movers out of Tokyo to 10,000 people by 2027, amid mounting concerns about demographics across Japan.

Tokyo—the world’s largest metropolis, with a population of 37 million—isn’t the first city to see its residents offered financial rewards to pack up and leave.

In recent years, Vermont and Alaska have offered people with the right to work in the U.S. thousands of dollars to live and work in their respective states.

Elsewhere, other countries have cast a net wider than their own working population, with Chile, Portugal, and Italy among those inviting foreigners to relocate to their countryside and cities with the lure of big cash incentives.