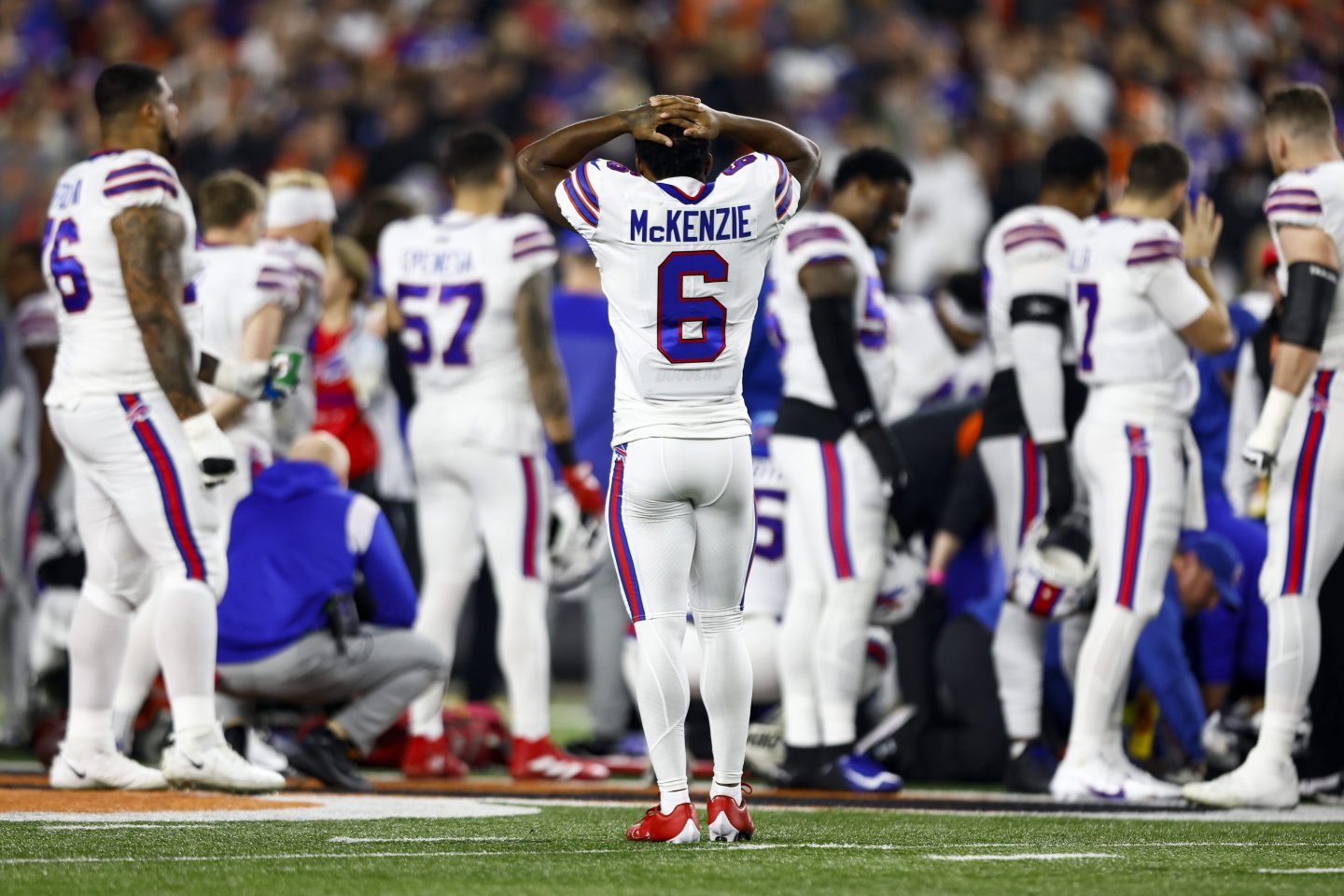 NFL fans are flooding an online fundraiser launched by Buffalo Bills safety Damar Hamlin which buys toys for children impacted by the pandemic, in a show of support following his cardiac event during Monday night’s NFL game against the Cincinnati Bengals.

Hamlin is currently sedated at a Cincinnati hospital, according to a statement from the Bills. His heart stopped 5:58 minutes into the first quarter of the game and was restored on field by medical personnel, who administered CPR. The game was postponed following the incident, which left players on both teams traumatized.

Doctors say the next 12 to 24 hours will be the most important for Hamlin, and his recovery could depend on how long he was in cardiac arrest. The collapse came after Hamlin tackled Bengals wide receiver Tee Higgins. Hamlin stood up after the hit, then fell on his back a few seconds later.

After CPR was administered, an ambulance drove onto the field and transported him to a nearby Level 1 medical facility.

Players from across the league posted messages of support for Hamlin, while fans showed solidarity by contributing to an online toy fundraiser Hamlin created in 2020. Initially meant to raise money to purchase toys for children impacted by the pandemic, it had an initial goal of $2,500.

While virtually no one disagrees with the league’s decision to postpone the game and Hamlin’s health remains the priority, the matchup was an important one for the postseason. While both teams have already secured a spot in the playoffs, the result of the game factors into who will have home field advantage as they try to reach the Super Bowl.

The NFL said it would offer details on next steps at an “appropriate time.”

Hamlin joined the Bills in 2021 as a sixth-round draft pick. He has played every game this season and has been praised as an up-and-coming star.