How to watch the Times Square ball drop for free—and without cable: New Year’s Eve 2022 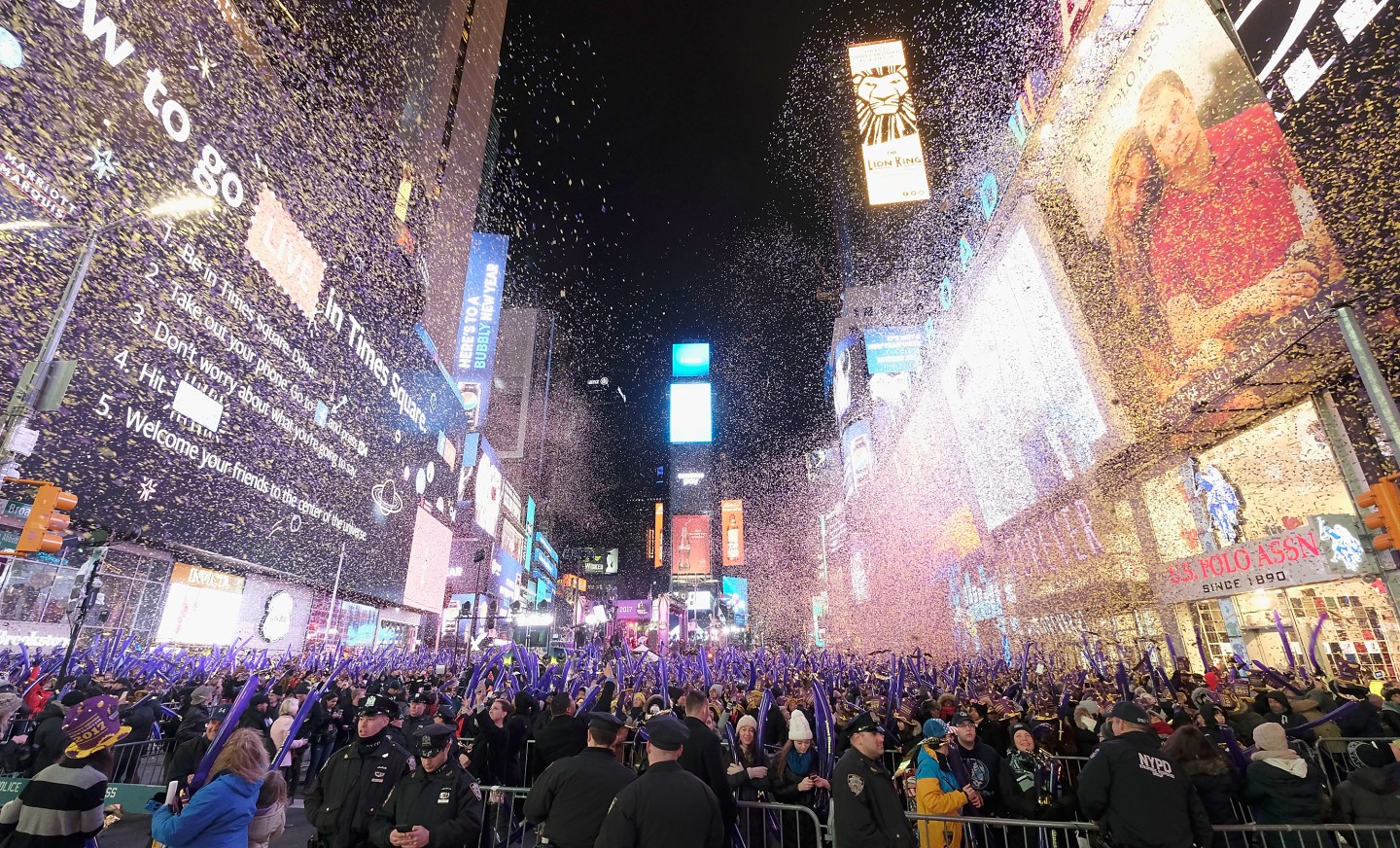 Two years ago, Times Square was largely a ghost town. Last year, the crowds returned, albeit a bit tentatively. As we wrap up 2022, there could be close to a record number of people in Manhattan escorting the year out the door.

This year will come to an end at the stroke of midnight, when the Waterford crystal-encrusted ball drops and its 32,256 LEDs blast the crowd with light.

If you’re opting to bypass the big crowds and are celebrating at home with friends or family, there are a myriad of ways to watch the ball drop—even if you’re far away from a television screen.

Here’s how to watch or live stream the 2022 New Year’s Eve countdown and ball drop for free.

What TV channels will air the ball drop in Times Square on New Year’s Eve?

Watching the Times Square Ball drop is actually an easy thing to do, even if you don’t have a cable subscription, since it’s aired over so many networks. Just get a good HD antenna (but be sure to test your HD antenna in multiple locations in your home to find the most reliable signal well before midnight).

Here are some of the shows that will be ringing in 2022.

The most well-known of the New Year’s Eve broadcasts starts at 8 p.m. ET. This is the 18th consecutive year Seacrest has been the master of ceremonies and this year’s event will originate from Times Square, Disneyland, Los Angeles and New Orleans. It will be broadcast over the air, but if you’re not near a TV, you can watch the coverage on network’s website, ABC.go.com. You will, however, need a cable subscription to watch on that platform.

Miley Cyrus and her godmother (yes, really) Dolly Parton will lead the charge for NBC. This is the second year in a row Cyrus has overseen hosting duties. It begins airing at 10:30 p.m. ET with an array of musical and other guests. You can watch either over the air or, if you have a cable/satellite subscription, on NBC’s website, NBC.com/live or the Peacock app.

CBS opts to boot scoop into the new year for the second year in a row with this country music-themed show. Airing from 8:00-10:00 p.m. ET and 10:30 p.m.- 1:30 a.m. ET, this celebration will include performances by artists including Brooks & Dunn, Kelsea Ballerini, Little Big Town and Zac Brown Band. Free options to view it include the CBS Website and Paramount+.

The cable network pairs its best-known anchor with the Bravo host for the sixth year in a row starting at 8:00 p.m. ET. A livestream will be available on CNN.com’s homepage and on mobile devices via CNN’s iOS and Android apps. It can also be viewed on CNNgo and the CNNgo apps for Apple TV, Roku, Amazon Fire, Chromecast and Android TV. The show will broadcast from Times Square.

Where can I stream the ball drop online for free—even without a cable subscription?

Are there any Webcams where I can watch the ball drop online for free?

In the streaming era, there will likely be plenty of Times Square revelers streaming the ball drop, but the best one to watch is hosted by the official Times Square website. You can access that in one of several ways.