‘We’re behind,’ Southwest CEO admitted just a month ago. ‘As we’ve grown, we’ve outrun our tools.’ 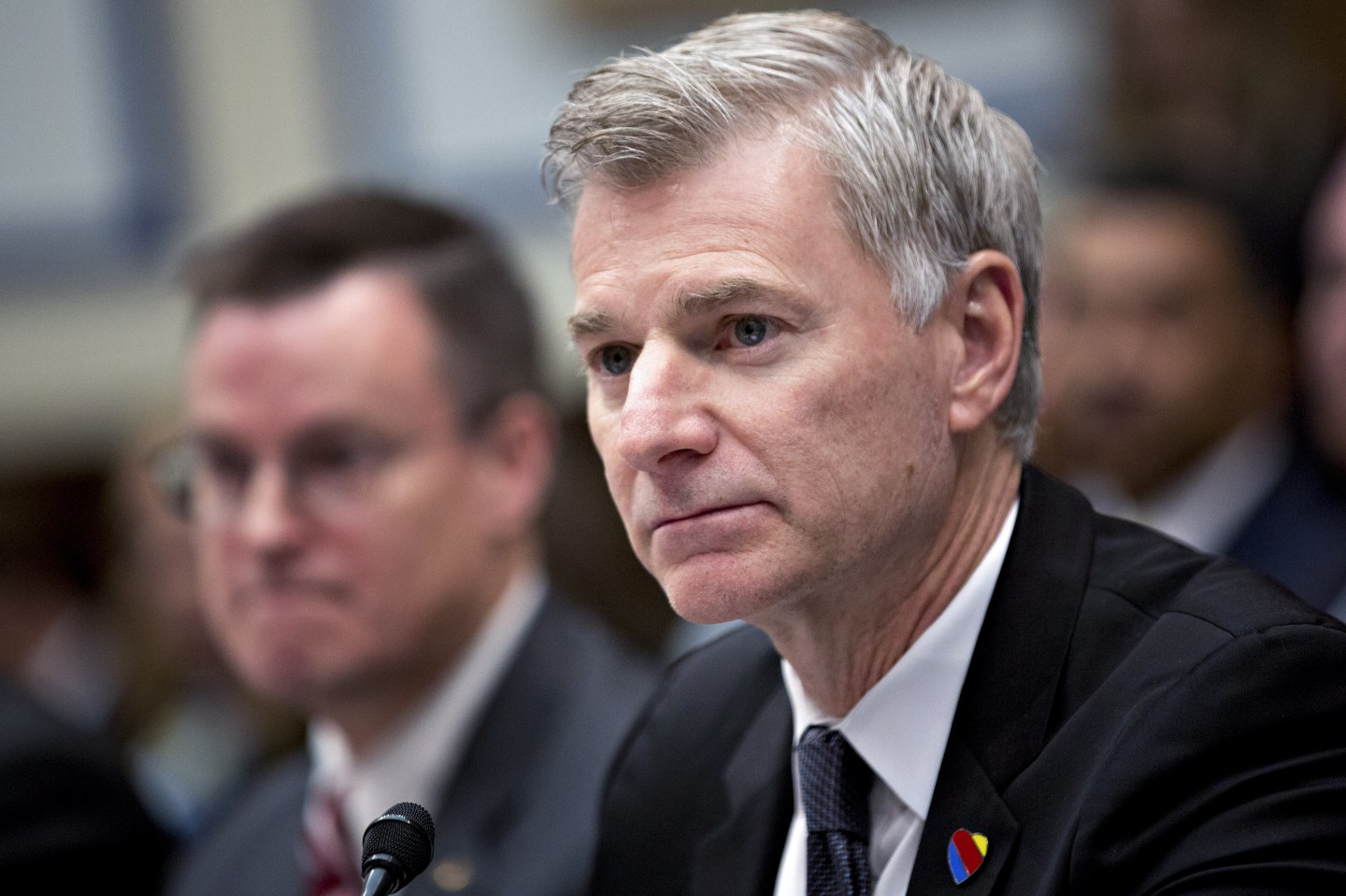 Southwest Airlines CEO Bob Jordan, then in his capacity as executive vice president and chief commercial officer, during a House Transportation and Infrastructure Committee hearing in Washington, D.C., U.S., on Tuesday, May 2, 2017.
Andrew Harrer/Bloomberg via Getty Images

The Southwest Airlines Co. meltdown that’s stranded thousands of passengers across the US has its root in outdated technology that analysts and its unions have warned about for years.

“People have a right to be really angry and annoyed,” Cowen Inc. analyst Helane Becker said Wednesday in a Bloomberg Television interview. “They should have invested years ago in these systems and they just didn’t.”

Southwest’s travails are dragging on with more than 2,500 flights canceled Wednesday and a similarly bleak outlook for Thursday, while its rivals have largely recovered from the arctic blast that swept the nation Christmas weekend. The “heartfelt” apologies offered by the airline and Chief Executive Officer Bob Jordan may be cold comfort to passengers who have been stranded at airports, missing luggage or holiday time with their families.

Transportation Secretary Pete Buttigieg told Jordan on Tuesday that the department expects that Southwest will meet its obligations to passengers and workers and take steps to prevent a situation like this from happening again. Senate Commerce Committee Chair Maria Cantwell, a Democrat from Washington, said her panel will be investigating.

Southwest’s system—flying point to point instead of the hub-and-spoke regime used by rivals—is a point of pride, deeply embedded in its five-decade history and helps it reach many medium-size markets. But the behind-the-scenes technology that makes it possible to schedule crews and aircraft all proved brittle this week, just as it did in a similar systemic collapse in October 2021. When the computers weren’t up to the task, humans had to step in hunt down pilots and flight crews by telephone.

“The fact is this is not the same airline that Herb Kelleher built where planes went point-to-point,” said Randy Barnes, president of TWU Local 555, which represents Southwest’s baggage handlers and other ground workers. “We are now experiencing the same problems as the more traditional airlines,” Barnes said in a statement, adding that “if airline managers had planned better, the meltdown we’ve witnessed in recent days could have been lessened or averted.”

Improving the operation is one the top five priorities Jordan has set through 2026, but at a media day on Nov. 30, the CEO said he couldn’t put a price tag on the cost of slow modernization. At the event, executives discussed the $2 billion being spent to improve passengers’ in-flight experience—wifi systems, power outlets at seats, etc. They also talked about improving airfcraft productivity and flight operations, without much detail on the costs.

“We’re behind,” Jordan said at the time. “As we’ve grown, we’ve outrun our tools. If you’re in an airport, there’s a lot of paper, just turning an aircraft there’s a ton of paper. If you took our crews, we have a lot moving all over the country. If they get reassigned, someone needs to call them or chase them down in the airport and tell them.”

But at the same event, even some of Jordan’s top lieutenants rejected the idea that Southwest has been slow to adopt new technology. “That’s a leftover image from decades ago—I don’t think it’s true,” Chief Operating Officer Andrew Watterson said in an interview. “Our scheduling system is the best in the world.”

The prospect of the company investing more in technology under Jordan was one change that Cowen analysts earlier this year thought might be a catalyst for Southwest, analyst Becker said in the interview.

Now the shares are “reflecting the disaster that’s befallen them,” Becker said, adding that she expects earnings to be hit “in the hundreds of millions of dollars range.” Southwest may have to heavily discount tickets in the first quarter to lure back travelers it has upset, Becker said.

Southwest shares fell 5.2% on Wednesday in New York, after a 6% drop on Tuesday that was the biggest since July. The stock is down 25% this year through Wednesday’s close.

In a video message to customers, Southwest’s Chief Commercial Officer Ryan Green pledged to “do everything we can and to work day and night to repair our relationship with you.”

He added that the airline had extended flexibility for self-service travel changes through Jan. 2 so that if travelers’ plans had changed, they shouldn’t have to stand in a line or get on a call but rather can go to Southwest’s website for assistance. People still waiting for their bags can now also submit information online on how to receive the missing items at no cost, Green said.

Southwest earlier said it would run only one-third of flights for several days, and Cowen’s Becker said scheduling probably won’t get caught up until sometime this weekend. So far, flight tracker FlightAware.com shows Southwest has only officially canceled about three dozen flights on Friday.

And beyond that, the carrier may have to curtail some of its ambition, until people it’s hired are fully trained, she said. The carrier has hired a net of about 11,000 people this year to help replace those who left during the pandemic, meaning 20% of its workforce is new. With plans to hire more next year, Southwest says 40% of its workers will be new to the airline by the end of 2024.

“I just don’t see how they get by with another storm like this without super investment in systems to improve things,” Becker said.

Jordan, in a message to employees Tuesday seen by Bloomberg News, said that he is clear about where accountability rests for the situation.

“Ultimately, though, this stops with me,” Jordan said in the message, which was seen by Bloomberg News. “I’m accountable for this and I own our issues and I own our recovery.”

–With assistance from Matthew Miller and Kailey Leinz.