Bowing to popular demand, Russia may let reserve soldiers freeze their sperm for free before they head off to war 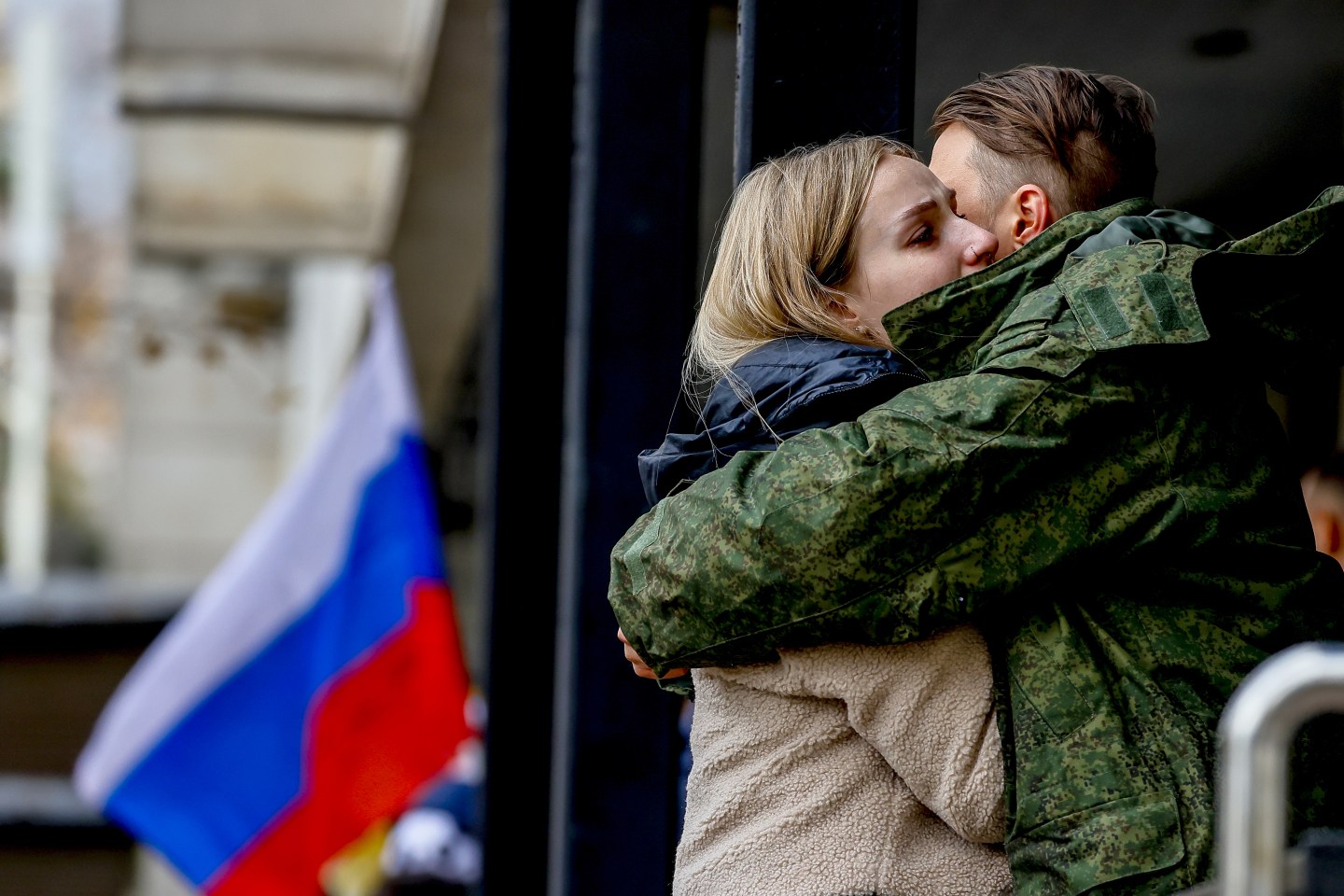 Russian troops who have been conscripted to fight in Ukraine may soon be entitled to an unusual health benefit: free sperm banks. In September, when Russian President Vladimir Putin ordered a “partial” mobilization of 300,000 reserve troops to join the war in Ukraine, he called up a range of male adults with military background or training. This provoked extraordinary levels of resistance from civilians who had seen the war drag on for over six months by that point, with huge protests breaking out, leading to over 2,000 people arrested, while one-way tickets for flights out of Russia sold out within days of the news. With the war just a few months shy of one year old, the Kremlin has turned to offering more and more incentives to reservists.

The Kremlin has gone down a number of routes to get more Russians to comply with the mobilization. Benefits include salaries that are two to three times the national average, freezing loan repayment schedules, and even subsidies in cash and food handed out to families of conscripted soldiers. Now added to the list is government subsidies for sperm storage and infertility treatments for mobilized troops.

Public funds will be used to finance the “free conservation and storage of sperm cells for citizens mobilized to participate in the special military operation for 2022–2024,” Igor Trunov, the president of the Russian Union of Lawyers, told state news agency Tass on Wednesday.

Trunov said the government had responded positively to his initial appeal for the Russian Ministry of Health to fund the program, which also called for soldiers’ medical insurance to include a “free quota for infertility treatment.”

The program is specifically geared toward married couples whose husbands have been called up as part of the mobilization order, according to Tass. Soldiers will be able to use free cryobanks to store their sperm, which can be retrieved either by themselves upon their return or by their spouses.

The new perk for mobilized troops comes after a surge of interest in sperm freezing in Russia in recent months, according to local outlets.

In the weeks following the order, sperm bank visits surged in St. Petersburg, according to Russian news agency Fontanka. “The men who were mobilized or leaving the country went to see reproductive doctors. They hand over sperm for cryopreservation and draw up documents allowing the wife to use it,” according to a story published Oct. 1 on the site.

They were moving to freeze their sperm “just in case” something went wrong, Fontanka reported, with death or “permanent loss of reproductive functions” both being driving motivators.

“After partial mobilization was announced, sperm banks have been in big demand,” read an article in an early October edition of the Russian newspaper Nezavisimaya Gazeta, reported by the BBC.

“In the past it was people with chronic illnesses who were the main customers. Now it’s healthy men freezing their sperm in case something happens to them, so they can have the guaranteed possibility to become fathers,” the article continued.

The new perk is unlikely to soften most Russians’ view of the mobilization, however. In the 10 months since the war broke out, Putin’s forces have suffered a litany of defeats and setbacks, including the loss of strategic cities and reports of mismanagement and corruption within the Russian army.

Internationally, the mobilization was seen as a sign of fragility in a war that Putin himself had not expected to last this long. EU officials called the mobilization order a sign of “desperation,” while the U.S. Ambassador to Ukraine Bridget Brink said it represented “weakness.”

As many as 100,000 Russian soldiers may have died in the Ukraine war, General Mark Milley, chairman of the U.S. Joint Chiefs of Staff, estimated in November.

The size of Russia’s army in Ukraine is now around twice the size it was in February when the invasion began, but despite all the perks and benefits awarded to new conscripts, it may still not be enough given the rate of Russian setbacks in Ukraine. The freezing of sperm for its new conscripts is just the latest grisly chapter in this long-running invasion.