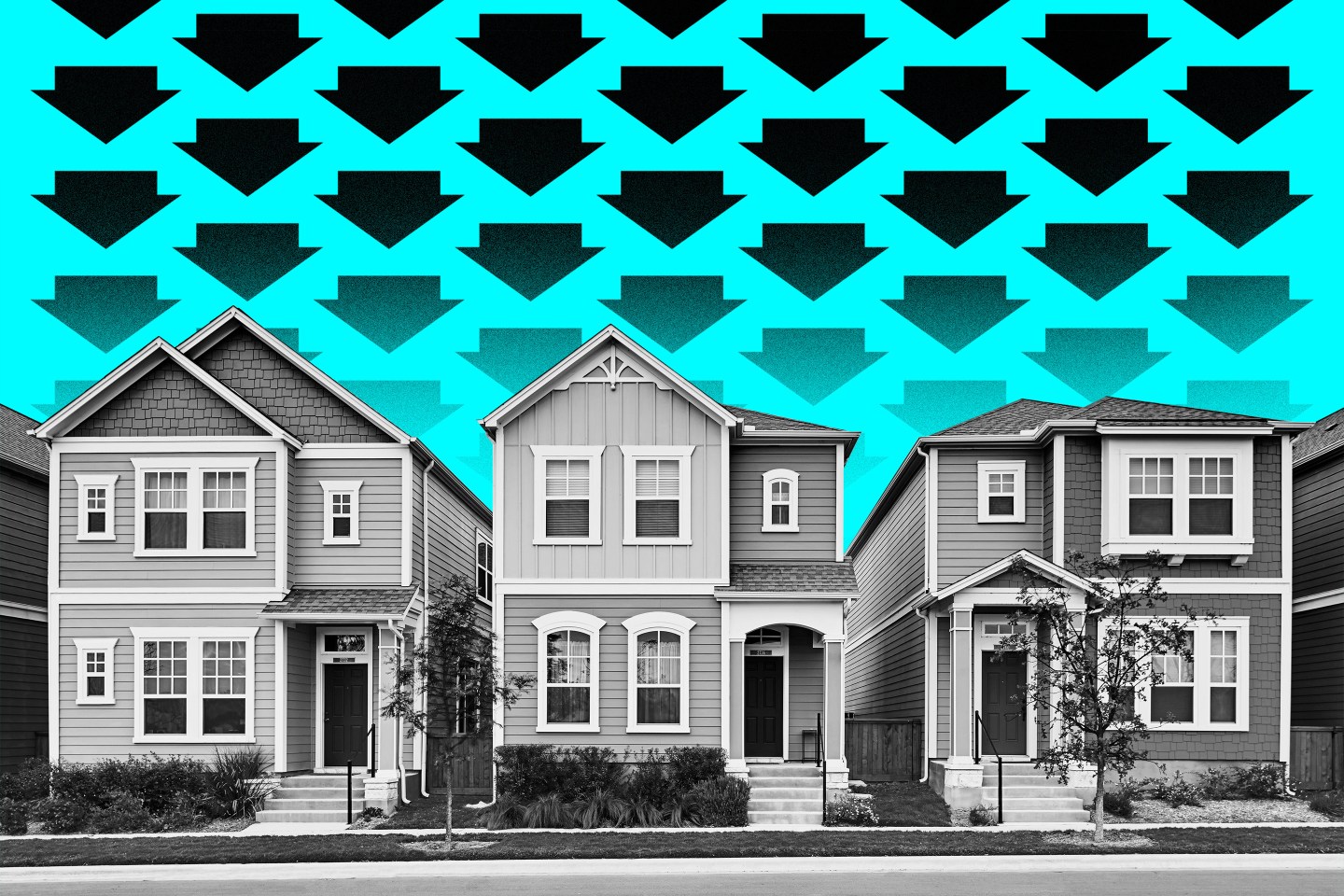 Speaking to reporters in September, Fed Chair Jerome Powell made it clear that going forward the U.S. housing market would get “reset” by a “difficult correction.”

“Houses were going up at an unsustainable fast level. So the deceleration in housing prices that we’re seeing should help to bring prices more closely in line with rents and other housing market fundamentals. That is a good thing. For the longer term what we need is supply and demand to get better aligned so that housing prices go up at a reasonable level and at a reasonable pace and that people can afford houses again. We probably in the housing market have to go through a correction to get back to that place,” Powell said. “This difficult [housing] correction should put the housing market back into better balance.”

On one hand, a 2.4% decline in U.S. home prices sounds like a drop in the bucket. On the other hand, it’s already big enough to count as the the second-biggest home price correction of the post–World War II era. (It’s just above the 2.2% drop between May 1990 and April 1991, however, far below the 26% peak-to-trough decline that occurred between 2007 and 2012.)

To better understand the ongoing housing correction, let’s take a closer look at the Case-Shiller data.

Not long after the Federal Reserve started applying upward pressure this spring on interest rates—something that saw mortgage rates surge from 3% to over 6%—the U.S. housing market went into correction mode. The reason being that elevated mortgage rates, coupled with sky-high home prices, pushed affordability into the upper bounds of history.

Heading forward, Moody's Analytics chief economist Mark Zandi expects home sales to bottom out here pretty soon. However, he foresees that it will take until at least 2024 before home prices bottom out.

"Housing demand [home sales] is close to a trough; housing supply [housing starts and completions] has yet to hit bottom; and house prices have a way to go before reaching their nadir," Zandi tells Fortune.

That matters. Relative to the last bust, a large home price correction this time around wouldn't see as many borrowers go underwater (i.e., their mortgage balance being greater than their home value).

The fact that home prices remain detached from underlying fundamentals might explain why Federal Reserve officials aren't eager to stop the ongoing housing correction. Not only do surged home prices spill over into rents, but that also results in homeowners feeling richer and thus spending more.

Recent research published by the Fed suggests that the Pandemic Housing Boom didn't just help to drive up pandemic inflation—it was one of the biggest culprits.

"Our results provide suggestive evidence that house price growth has been an important contributor to inflation during the pandemic…A back-of-the-envelope calculation based on our regression estimates suggests that house price growth could explain about 1/3 of the increase in the consumer price index (CPI) excluding housing services between February 2020 and February 2022," write Federal Reserve economists in a paper published in November.

Simply put: Some deflation in home prices could help the Fed to rein in runaway inflation.

The housing correction has clearly arrived, although it continues to vary across the country.

Among the 20 major U.S. housing markets tracked by Case-Shiller, the home price decline ranges from just -0.95% in Chicago to -11.2% in San Francisco.

What's going on? The Western half of the country, where affordability is a greater issue, has seen the sharpest correction. That includes major markets like Seattle (down 10.1%), San Diego (down 7.2%), Phoenix (down 5.4%), and Las Vegas (down 4.8%). Unlike their peers in the Northeast and Midwest, Western markets were at heightened risk for correction due to elevated levels of investor activity.

It boils down to the fact that the Case-Shiller National Home Price Index is a lagged three-month average. The October 2022 reading, which didn't published until the last week of December, includes sales finalized in August, September, and October. Some of those sales could have been contracts signed as far back as June.