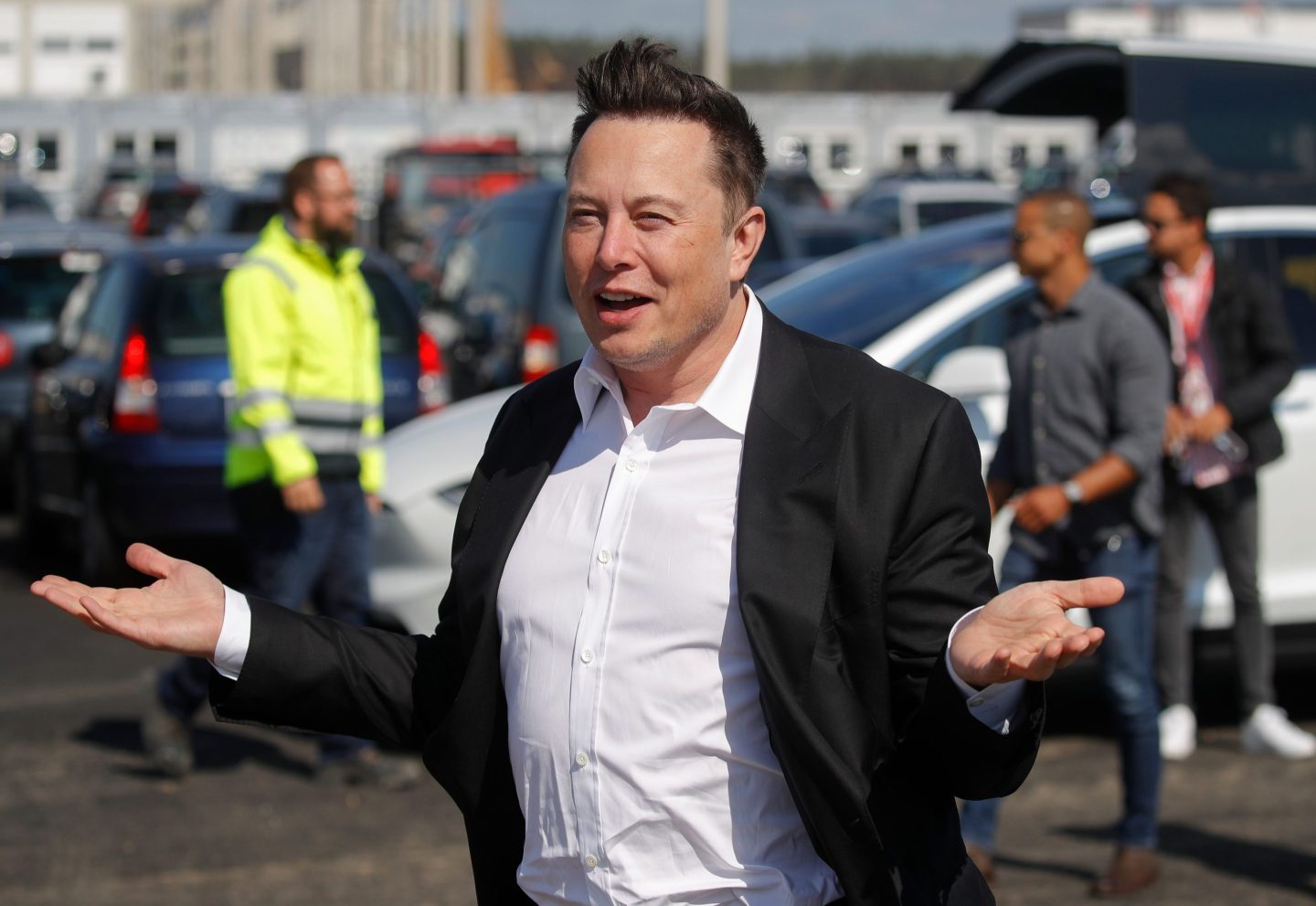 Tesla shareholders are concerned that CEO Elon Musk is distracted by his simultaneous leadership of Twitter.
Odd Andersen—AFP/Getty Images

Tesla shares rose slightly in after-hours trading Thursday after CEO Elon Musk promised not to sell any more shares in the electric carmaker.

“I won’t sell stock until, I don’t know, probably two years from now. Definitely not next year under any circumstances, and probably not the year thereafter,” Musk said in a Twitter Spaces conversation on Thursday evening.

The Tesla CEO has claimed before that he’s done selling Tesla. In April, after selling about $8.5 billion worth in Tesla shares, Musk pledged that he wouldn’t be selling any more Tesla stock.

Tesla shares rose about 1.2% in after-hours trading after Musk made his pledge, paring an 8.9% plunge during U.S. trading hours. Tesla shares are down about 16.6% since the weekend.

The electric carmaker has slipped from the heady highs of last year, when it was one of a handful of companies to break $1 trillion in market value. Tesla shares have fallen 69.2% since their peak in Nov. 2021, and earlier this week, Exxon Mobil overtook Tesla in market value.

Tesla shareholders argue that one cause for the share plunge is Musk’s simultaneous leadership of social media company Twitter. Musk has publicly disagreed, instead blaming the U.S. Federal Reserve’s interest rate hikes for making cars less affordable and creating a bear market. (While some tech shares, like those of Meta and Amazon, have declined by as much as Tesla, the broader market has not.)

On the Twitter Spaces call, Musk claimed he hadn’t missed “a single important Tesla meeting” since taking over as Twitter CEO. He also claimed that Tesla was “a far more complex beast” to manage than Twitter, suggesting that the social media platform only had “10% of the complexity” as Tesla.

After losing a poll where 57.5% of respondents suggested he step down as Twitter’s CEO, Musk said he would hand over the position once he found someone “foolish” enough to take the job, yet said he would remain involved in the “software and server” teams.

Musk bristled at some comments on the Twitter Spaces call. After one participant shared a concern that the Tesla’s CEO’s political views and approach to content moderation on Twitter might hurt Tesla’s brand, Musk said he wouldn’t change anything about his communications.