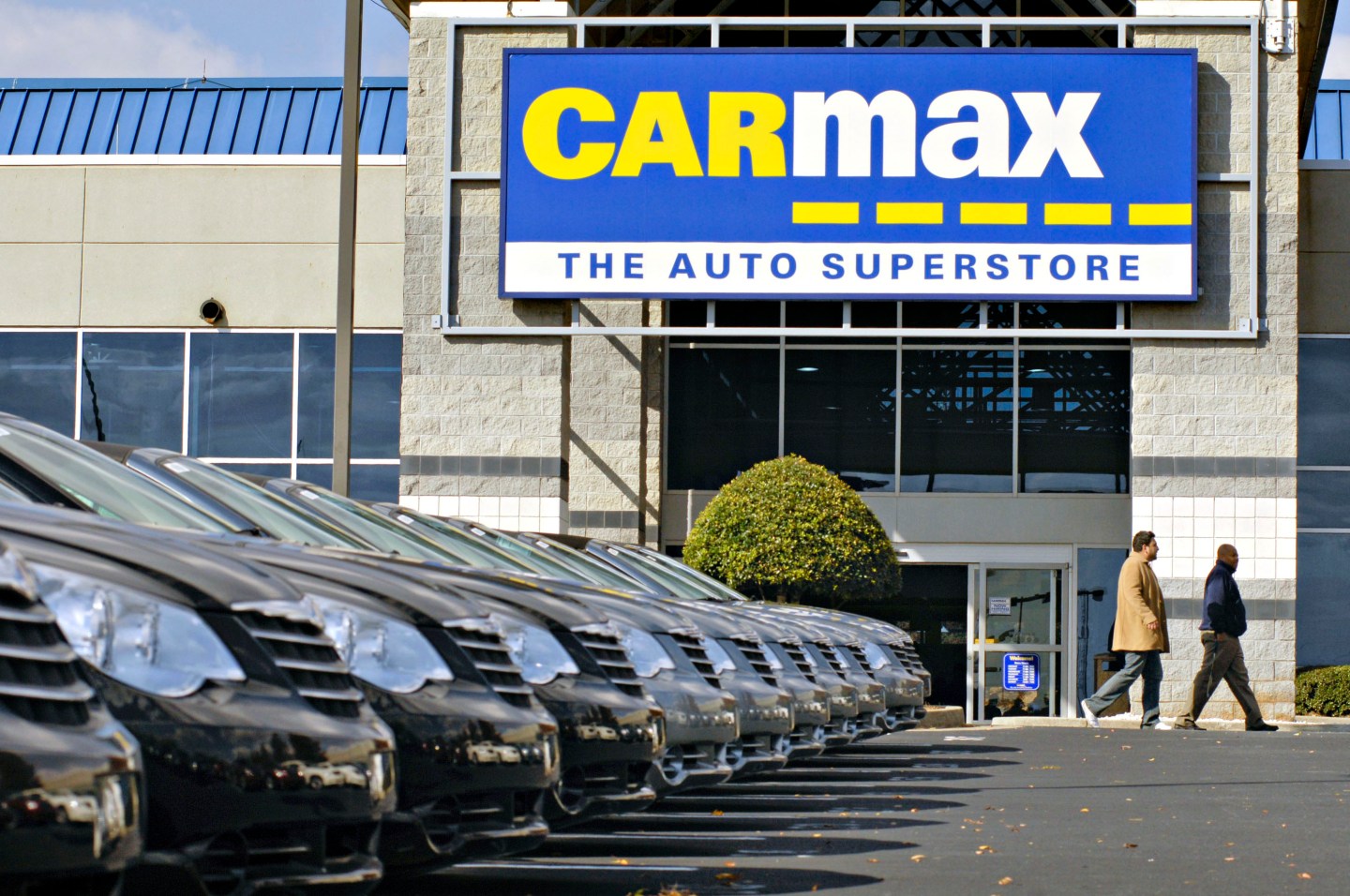 Customers walk past a row of cars for sale at Carmax in Norcross, Georgia, U.S., on Thursday Nov. 15, 2007.
Chris Rank/Bloomberg — Getty Images

Adjusted profit was 24 cents a share in the third quarter, the Richmond, Virginia-based company said Thursday in a statement. That was significantly below the 65-cent average of analysts’ estimates compiled by Bloomberg. CarMax’s net sales of $6.5 billion also missed analysts’ projections.

The shares fell 9.3% at 9:38 a.m. in New York, the biggest intraday drop since Sept. 29. That dragged down peers such as Carvana Co., which declined 6.5%, as well as auto manufacturers, with Ford Motor Co., General Motors Co. and Stellantis NV each sliding more than 2%.

It was a “challenging quarter across the board,” Steven Shemesh, an analyst with RBC Capital Markets, said in a note. “Between a deteriorating macro backdrop and cost-cutting initiatives the near-term is likely to remain volatile.”

Prices of used cars soared during the pandemic as new-vehicle production stalled due to supply issues. This year, they’ve been ratcheting down rapidly as shortages eased and buyers balked at high sticker prices.

Carvana has been hit by the same pressures, forcing the online automobile seller to explore ways to rework its debt amid solvency concerns. It also has heightened concerns about a spillover into the broader car market, something AutoNation Inc., the largest new-car dealer chain in the US, has warned about.

The comments echoed those from Chief Executive Officer Bill Nash in September when he warned that consumers had shifted their spending away from large purchases amid challenges around affordability. The company’s second-quarter profit miss weighed on the shares of peers, with rising interest rates and low consumer confidence adding further concerns.

Combined wholesale and retail units sales in the third quarter fell almost 28% year-on-year. Wholesale volumes were hit by CarMax’s move to shift some units to its retail stores to meet consumer demand for low-priced cars.