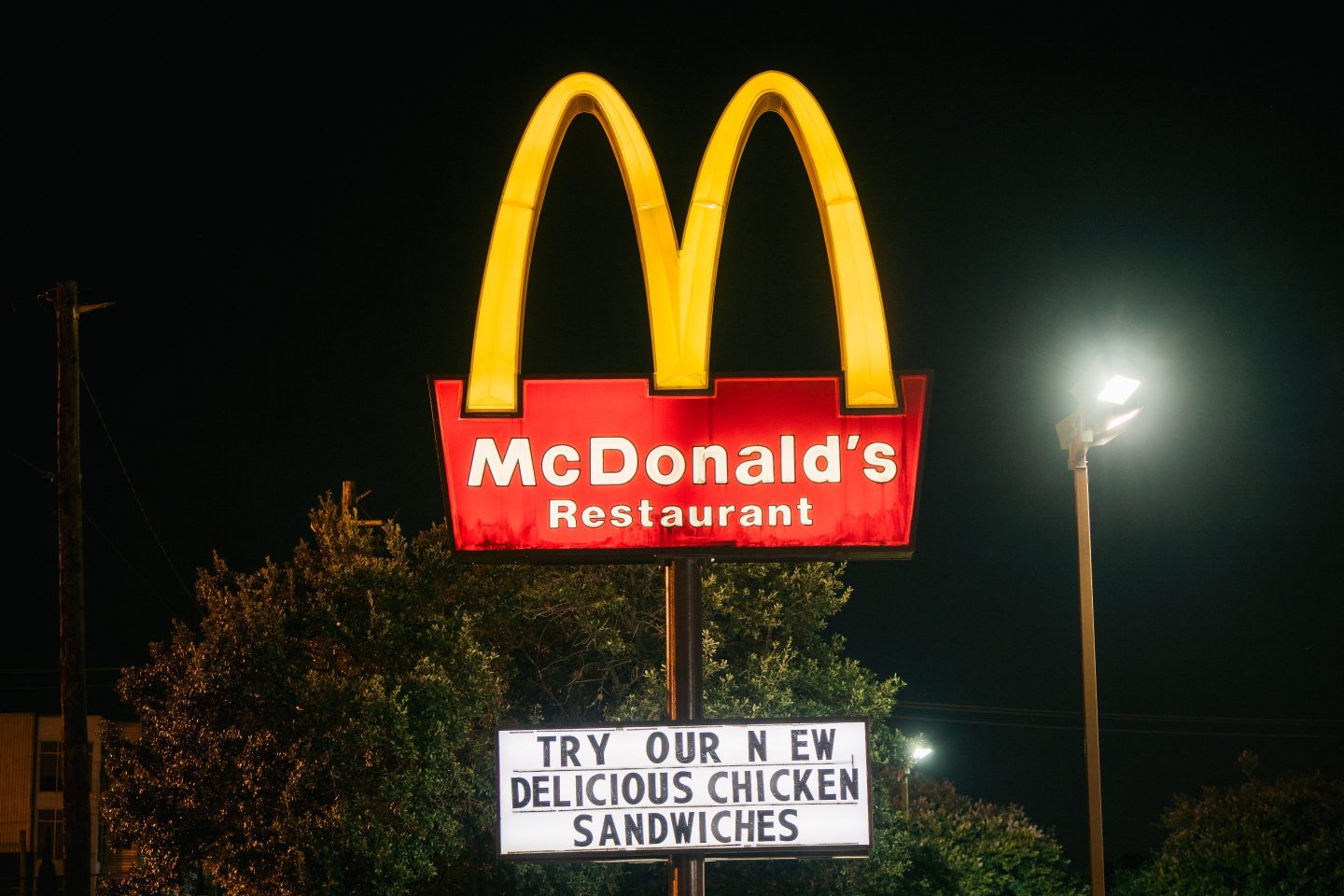 McDonald’s is facing yet another discrimination lawsuit.
Brandon Bell—Getty Images

A former security chief for McDonald’s is filing a racial discrimination lawsuit against the company and CEO Chris Kempczinski, claiming he was fired for speaking out in a meeting.

Michael Peaster was the vice president of global safety, security, and intelligence until 2021 when he was fired after 35 years at the company. McDonald’s claims this was down to performance issues, but Peaster says that it was part of an effort to oust him after he dared to criticize Kempczinski in a town hall meeting.

Peaster, who is Black, had spoken out in the meeting, which was called to discuss a text sent by the CEO to Chicago Mayor Lori Lightfoot reflecting on two fatal shootings.

The text read: “p.s. tragic shootings last week, both at our restaurant yesterday and with Adam Toledo. With both, the parents failed those kids, which I know is something you can’t say. Even harder to fix.”

When the words were made public it drew mass outcry and Kempczinski was accused of racism and victim-blaming. He later responded to the backlash by saying that his message “lacked the empathy and compassion” he really felt for the families who lost their loved ones.

According to the suit, Peaster said in the town hall meeting: “We cannot broad brush the violence issues in Chicago to make it appear that all parents who have children who are victims to gun violence are bad parents. We have to have empathy and compassion for the majority of families who live in tough communities that work hard to provide for their family and keep them safe.”

Peaster’s words were followed by applause, according to the suit.

Peaster, who was responsible for Kempczinski’s personal security, claims that from that point onward he was discriminated against and undermined—all the way up to his dismissal. According to the suit, the CEO stopped him from flying on the company’s private jet, and Peaster was told he had made Kempczinski “feel unsafe” during a trip to Mexico City and São Paulo.

McDonald’s maintains that the timeline is incorrect and that the allegations are false. In a statement, the company added: “Mr. Peaster was promoted in January 2022; however, he was subsequently terminated due to serious performance issues in his expanded role. To suggest that his termination was based on retaliation or anything other than performance lapses is to completely ignore the facts. We intend to vigorously defend against this lawsuit and to continue to lead with our values.”

This isn’t the first time McDonald’s has faced similar allegations. Two Black executives filed a discrimination lawsuit in January 2020 and said they’d endured emotional distress, humiliation, and physical suffering. In September 2020, 52 Black former franchisees sought $1 billion in a discrimination lawsuit that was dismissed by a judge, but later amended and refiled.

McDonald’s is also being sued by media mogul Byron Allen for $10 billion after he claimed the company purposefully cut out African American–owned businesses in its advertising campaigns.