Lionel Messi leads Argentina to World Cup title in thrilling win over France, may go down as the GOAT 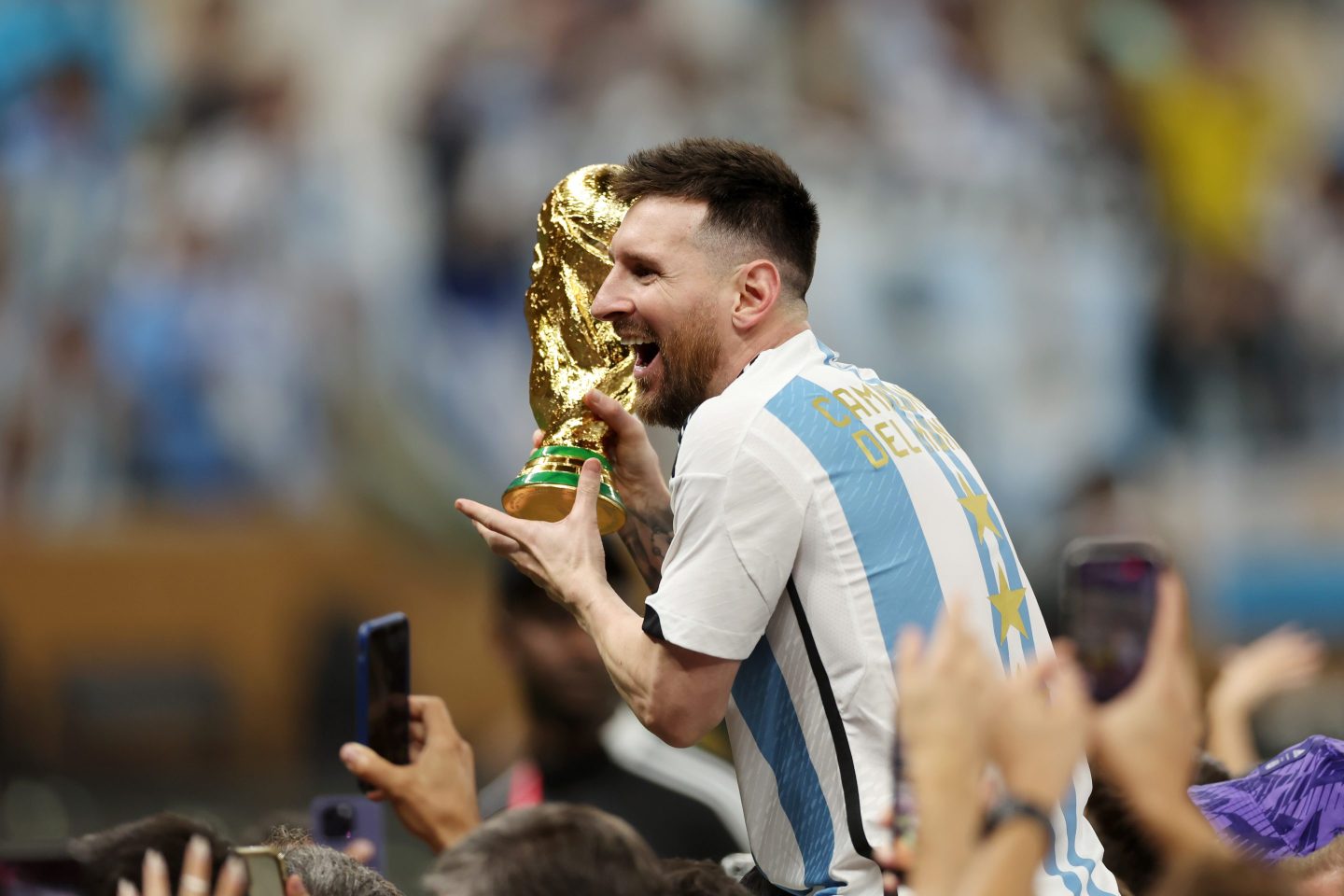 Argentina’s third World Cup title, coming after a match set to go down as an all-time classic, generated a rare moment of euphoria and happiness for a country battered by near three-digit inflation and facing months of economic and political uncertainty.

Joyous fans, decked out in the national flag’s sky blue and white colors, gathered in downtown Buenos Aires Sunday afternoon to celebrate a victory that, at times appeared likely to slip from the team’s grasp. Winning soccer’s ultimate prize, Argentina’s first in 36 years, provided a much-needed distraction from the misery of day-to-day life.

The penalty shootout win over France — the teams were tied at 3-3 after extra time at Lusail Stadium in Qatar — was even more bittersweet since it possibly marked the last World Cup appearance of global superstar and team talisman Lionel Messi. In hoisting the trophy into the Qatar night, Messi burnished his image as the greatest player in the world, and potentially of all time.

The prospect of seeing Messi lifting the World Cup at age 35 prompted thousands of Argentines to make the arduous and expensive trip to Qatar — fans such as 41-year-old Emiliano Piano. He attended all seven of Argentina’s games, first staying with his partner and then with five friends who arrived later.

“Personally, this is a dream come true,” Piano said by telephone amid a throng of fans celebrating in Qatar. “After five World Cups chasing this, at long last I could see Messi as a world champion.”

Messi netted the game’s opening goal — from the penalty spot — scored again in extra time to make it 3-2, and rolled in his spot-kick during the shootout. When Gonzalo Montiel fired in the winning kick, Messi sank to his knees in the center circle and was engulfed by his teammates.

“It’s just crazy that it happened this way,” he said. “I wanted this so very much.”

For Piano and millions of Argentines, the win takes the edge off another painful economic year.

Inflation, a perennial problem in the crisis-prone country, is poised to end the year near 100% after starting it at 50%. While jobs have come back and unemployment has fallen, wage growth for many new employees is below inflation, meaning workers are losing buying power. Extreme poverty is on the rise.

If history is any guide, the presidential election next year is set to inject more volatility into an economy already grinding through a crop drought that’s expected to hurt crucial commodity exports. Economists surveyed by the central bank expect inflation to remain near 100% by the end of next year.

But for now at least, there’s a sense that Argentines are all on the same side.

“It’s an achievement that’s unified the country,” Piano said. The win “doesn’t resolve anything but you feel grateful for a moment that there isn’t the famous political divide,” he said.

Hard economic truths weren’t exactly front and center as triumphant fans swarmed into the capital’s streets, dancing, singing and clambering onto balconies, lamp-posts and whatever vantage point was available. The celebrations were as much for Messi as for the team. Without him, the squad would have gone home much earlier.

After the albiceleste started their campaign with a stunning loss to Saudi Arabia, it was Messi whose performances helped drive the team to five straight victories before Sunday’s showdown. Coach Lionel Scaloni said it’s too early to even begin to call time on Messi’s international career.

After the albiceleste started their campaign with a stunning loss to Saudi Arabia, it was Messi whose performances helped drive the team to five straight victories before Sunday’s showdown.

Messi said he’s not going to hang up his famous Argentine jersey just yet.