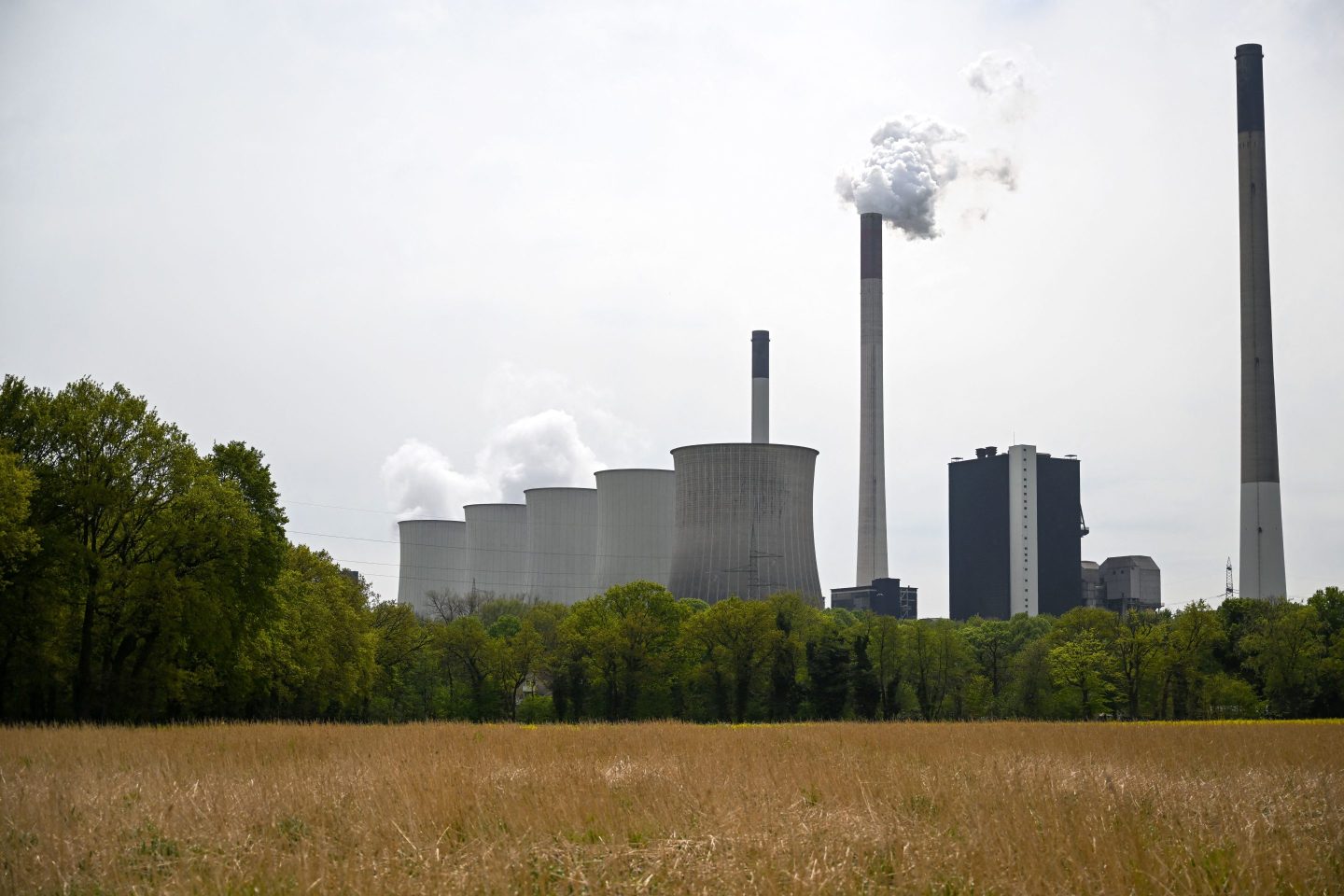 The European Union reached an agreement to strengthen and expand its flagship carbon market, endorsing the centerpiece of the Green Deal strategy that aims to make its economy climate-neutral by mid-century.

Under a provisional deal announced by representatives of EU member states and the European Parliament, emissions trading will be extended to heating and road transport, and will also cover shipping. The 27-nation bloc will also accelerate the pace at which companies from power producers to steelmakers are obligated to reduce pollution.

“The EU is leading the way in climate protection and is demonstrating determination – despite all the crises,” German Economy Minister Robert Habeck from the Greens said in a statement on Sunday. “European climate policy ensures that we in the EU walk the path to climate neutrality together, and it sets standards for the implementation of climate policy worldwide.”

“It is the biggest climate law ever in Europe, and some say in the world,” said Peter Liese, lead negotiator for the European Parliament, told reporters at a briefing early Sunday after 29 hours of negotiations. “We get a lot for climate, a big amount of CO2 saved, at the lowest possible price.”

While some provisions of the overhaul were watered down compared with the original proposal as the EU grapples with an unprecedented energy crisis following Russia’s invasion of Ukraine, the bloc is determined to make the green overhaul the basis of its growth strategy, and set a precedent for other nations and regions in the fight against climate change.

“The deal is a success for the EU and will provide certainty to companies and investors even if some compromises had to be made as the economic environment is very challenging,” said Ingo Ramming, head of carbon markets for Banco Bilbao Vizcaya Argentaria SA in Madrid.

Expectations of stricter rules already helped send carbon prices to a record 99.22 euros ($105) per metric ton this year. Benchmark carbon futures traded in Amsterdam closed at 83.82 euros on Friday, more than 10 times the levels seen five years ago. The agreement still needs to be formally endorsed by member states and the parliament to be binding.

The deal also complements a landmark measure agreed earlier this week to slap a pollution price on imports of certain goods to Europe, and shield its own producers from cheaper competitors in countries with less strict environmental rules. As part of the emissions market reform, policy makers set the rules for phasing in the Carbon Border Adjustment Mechanism from 2026 and phasing out by 2034 pollution allowances that sectors covered by the levy get for free.

“I see the CBAM as a major achievement,” Ramming said. “It could be a catalyst for global carbon pricing. For the implementation, diplomatic skills remain crucial.”

The Emissions Trading System imposes annually declining caps on around 12,000 installations owned by manufacturers and utilities, and limits pollution from airlines. Companies that discharge less carbon can sell their unused permits, getting an incentive to go green faster.

The bloc will also complement the higher LRF with a cut to the emissions cap, reducing the number of allowances by 90 million in 2024 and 27 million in 2026. The two together will translate into a 62% drop in the pollution limit by the end of this decade from the 2005 level.

Negotiators also agreed to approve the design of automatic permit-supply controls as originally proposed by the European Commission in July 2021, according to Liese. That also includes a provision to fix the threshold for the number of permits held in the Market Stability Reserve at 400 million as of 2023, with any allowances above to be invalidated.

Under the deal, an adjacent emissions-trading program for heating and transport fuels will start in 2027 with the possibility of an emergency break if gas and oil prices are high, in which case the start of the second carbon market would be delayed by one year.

To allay concerns about the costs of the reforms in a global market already grappling with energy inflation, the EU will create a new fund that national governments could use to compensate vulnerable citizens. The Climate Social Fund will kick in from 2026 and will total around 87 billion euros, with the bulk of money coming from revenues generated by the new carbon trading program.

–With assistance from Michael Nienaber