The threat of a recession, talent shortages, and geopolitical tension are among the many challenges corporate boards must navigate in 2023 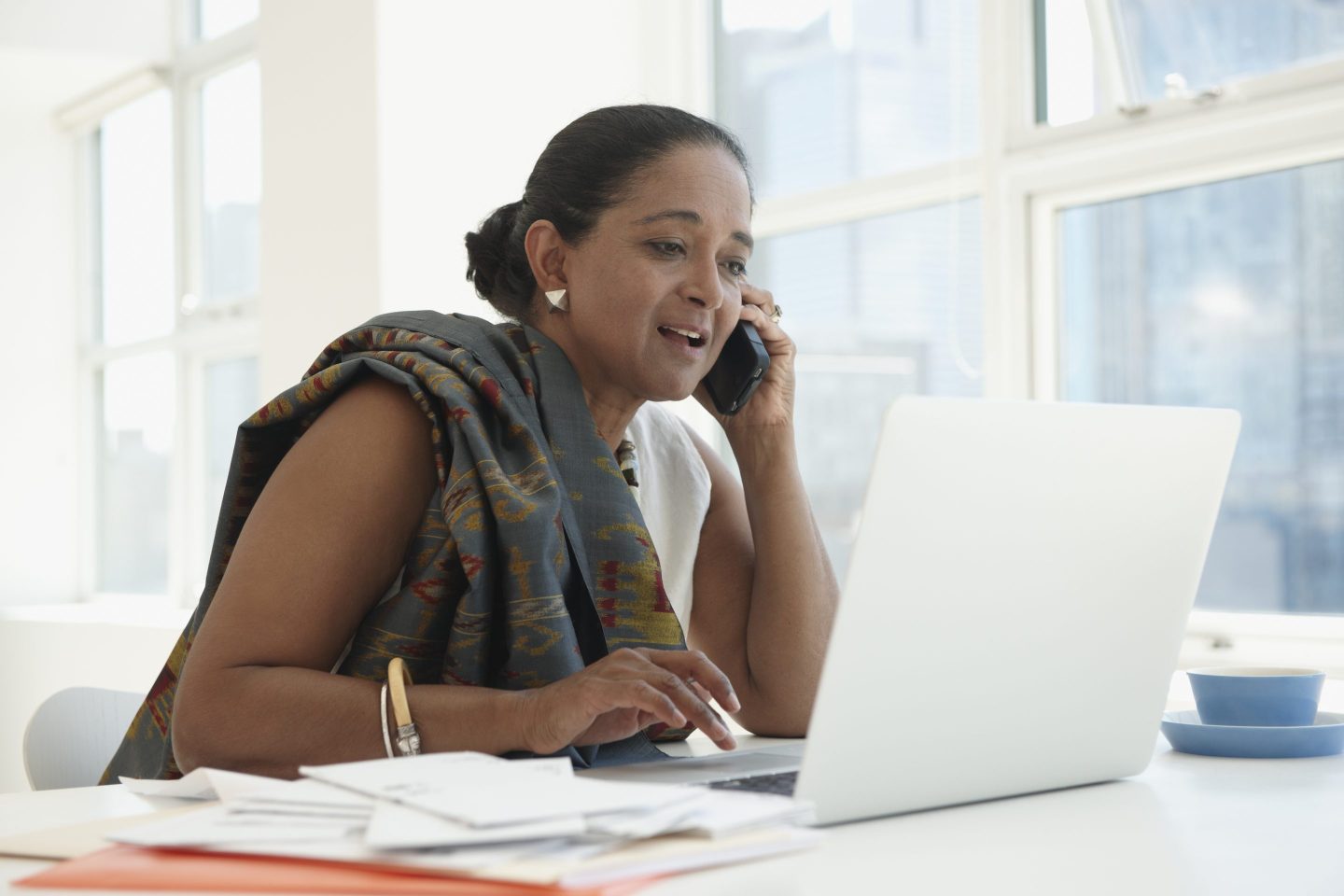 Boards will want to stay focused on attracting and retaining talent, despite the risk of an recession.
Getty Images

As the year comes to a close, it’s only human to hope for a less volatile 2023. Alas, for corporate directors, the forecast calls for complexity and heaps of uncertainty.

Boards should expect to deal with more of the same issues that tested their mettle over the last two years, but with the risk of economic downturn as an added twist, says Paul Knopp, CEO at KPMG US.

“Nothing seems unimportant,” says Angela Sun, a Western Union board member, who spoke to Fortune at Diligent Institute’s Next Gen Board Leaders Program this month. “In the last five years, there’s been this proliferation of issues that all seem to matter: cybersecurity matters, privacy matters, enterprise risk matters, capital structure matters.” She says boards must educate themselves on these competing priorities, knowing that any one can turn into a crisis.

In other words, a board’s to-do list will become lengthier in 2023, and directors should expect to spend even more time in meetings than they did this year, says Knopp.

Here’s a look at some key concerns and how boards can tackle them.

Despite sweeping layoffs and rising fears over job-stealing artificial intelligence, Knopp believes talent management will remain a focus for corporate boards next year. Even in a tough business environment, he says, it’s talent that differentiates a company. Knopp foresees plenty of boardroom conversations about what companies learned in 2020 when many laid off too many employees and found themselves scrambling to rehire once the economy rebounded.

Structural imbalances in the labor market will also persist next year. Boomers are retiring, fewer younger people are graduating from college, and long COVID and caregiver pressures are keeping many working-age adults out of the labor market, says Knopp. Meanwhile, U.S. immigration policies are not optimized to meet business needs. So, if a company plans to reduce its workforce, boards will want to press management to think beyond the short term.

In fact, there’s a chance that history could repeat itself. “While we have all these concerns about economic risk, it’s also certainly possible that [if inflation is tamed] the economy could accelerate quickly again as it did in 2020,” Knopp says. “Organizations might need to run longer on headcount than they might historically have done in a recessionary environment.”

Boards considering layoffs should also reflect on what the cuts would mean to company culture. Several CEOs have begun warning employees that they’ll need to hustle and be “hardcore,” but Knopp says companies should recall the pandemic experience and the resulting burnout epidemic, as well as the progress companies have made in recognizing the importance of employee well-being.

Susan Chapman-Hughes, a director at The J.M. Smucker Company and Toast, strikes a similar note. “COVID has shifted the mindset of workers,” she says. “There’s certainly a group of employees who have decided they no longer want to commute to the office every day and have managed their lives differently as a result.” Although companies and boards will have to formulate hybrid work policies, she adds, the real emphasis should be on creating an empathetic company culture that helps retain and attract employees.

Boards are grappling with problems that didn’t exist, or weren’t as pressing, just years ago. KPMG US recently published its annual report exploring the board agenda for 2023 and nine areas for boards to track. To Knopp, the report’s most striking takeaway is that relatively new board-level risks are plentiful and interconnected. For example, the ongoing war in Ukraine and other geopolitical tensions endanger food security, energy markets, and supply chains, while upping the likelihood of cyber attacks, which can also disrupt supply chains, and so on. Boards should analyze their committees and architecture to ensure issues are not siloed, the KPMG report suggests.

Bryan Weiner, a director at Cars.com and Profitero, says that directors must also determine whether a company’s management team is prepared to deal with rocky economic conditions. “The last recession was 13 years ago,” he says, “very few people have managed through turbulent times.” Given the wide range of predictions about where the economy is headed, boards need to ramp up their scenario planning.

“It was simpler 10 years ago,” says Chapman-Hughes. “Today, there are a lot more issues that CEOs and companies are grappling with, and they’re coming faster and more furious.” Boards, therefore, need to stay on top of changing world events and assess if they have the right directors in place. KPMG flags a similar concern in its 2023 outlook and advises that boards consider whether a company has an early warning system for macroeconomic and geopolitical changes. And are there protocols set up for disclosing sensitive information internally and externally?

Over the past decade, boards have bulked up on experts in finance, governance, and even geopolitical risk, Knopp observes. But many still need to consider today’s challenges, particularly around people strategies, technology, and cyber.

Boards will still have to lean on directors with financial acumen heading into 2023, Knopp says. Interest rates are unlikely to drop next year, forcing boards to adapt their playbook from decades past to today’s conditions. Bruce Bohuny, a director at Lakeland Bank, warns that capital may become prohibitively expensive for companies with mediocre credit, which could be a rude awakening.

“Capital markets have been so kind for a long run. Are people revisiting their capital positions? Are they really bracing for the storm?” he asks. He, too, notes that many management teams have little to no experience in a high-rates environment. And while some expect the coming recession to be a blip, boards had better prepare for the worst-case scenario.

Then again, higher interest rates and recessionary fears may help boards enforce financial discipline. Angela Sun of Wells Fargo suspects that in an environment of restraint, boards are less likely to get caught up in the “unbridled exuberance” that has recently enabled young and charismatic CEOs to camouflage their spending habits, recklessness, or outright fraud. Tomorrow’s market conditions may help sift out those personalities.

Earlier this year, a KPMG survey found that most CEOs expect their company to pause certain sustainability and social initiatives. Knopp believes that may happen in the short term, but boards and companies are ultimately motivated to meet their ESG goals for several reasons, including protecting their reputation. “Look at what we’ve achieved over the last couple of years as a business community,” he says. “We’re the most trusted constituents or stakeholders today, much more so than the government or other institutions.” Businesses don’t want to lose that asset.

Still, time and resources are limited, while the number of causes that need attention is seemingly infinite. Boards will have to create a framework to help management teams decide which social causes to support. KPMG’s report recommends that boards assess whether a failure to speak out risks a company’s brand image, jeopardizing its ability to attract and retain talent. At the same time, because companies are facing a backlash against corporate ESG goals, some are quietly embedding climate risks and DEI strategies in their core businesses without making noise.

Sun believes that the  2023 board will need to embrace the ambiguity that corporate activism has created. “What is the true responsibility of corporations?” she asks. “Are they social actors? Are they an alternative to government? Who is the most important stakeholder?” Companies have taken on various responsibilities over the past decade, stepping in to address issues when there’s government inaction or ineptitude. “The private sector has had to be all things to all people,” says Sun. “Is that going to continue?”