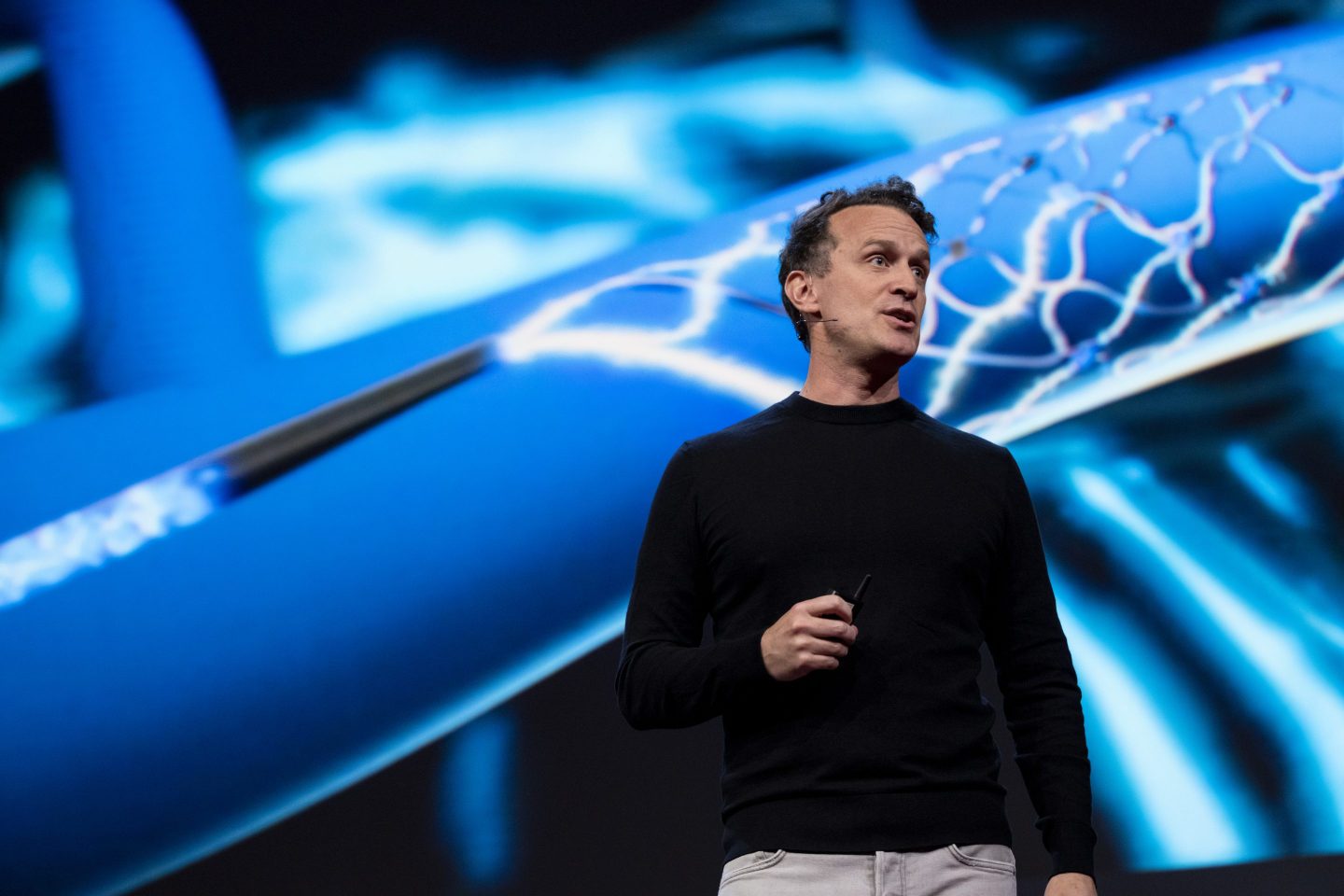 As Elon Musk’s frustration with his brain technology startup Neuralink mounts, Jeff Bezos and Bill Gates just put their bets on one of its key rivals, Synchron.

On Thursday, Synchron announced the completion of a $75 million funding round led by ARCH Venture Partners. Among the investors are Bezos Expeditions and Gates Frontier, which handle personal investments for Amazon founder Bezos and Microsoft co-founder Gates, respectively.

Synchron is focused on restoring some helpful capabilities to paralyzed patients, who can use its Synchron Switch, a brain computer interface (BCI), to move a computer cursor on a screen with just their thoughts. With a minimally-invasive procedure, the BCI is implanted in the blood vessel on the surface of the motor cortex of the brain via the jugular vein. Other companies, including Neuralink, use more invasive techniques that involve going through the skull.

“We have an opportunity to deliver a first-in-class commercial BCI. The problem of paralysis is much larger than people realize. 100 million people worldwide have upper limb impairment,” Synchron founder and CEO Tom Oxley wrote in a statement Thursday. “We are extremely excited to work with ARCH and this world-class syndicate to bring this technology to the people who need it.”

At Neuralink, things are going less smoothly. The company is under federal investigation for potential violations of the Animal Welfare Act following staff backlash over what they say is rushed testing that caused unnecessary suffering and deaths, Reuters reported last week. Musk has reportedly told Neuralink staff to imagine they have bombs strapped to their heads in an effort to accelerate the startup’s progress, but employees have advocated for more deliberate, traditional testing methods.

This week, the Physicians Committee for Responsible Medicine, a key medical ethics advocacy group, requested the Food and Drug Administration (FDA) hold Neuralink accountable for violating protocols on biological tests, and disqualify the data obtained from animal testing. It also asked the agency to ban additional animal tests by Neuralink. FDA sanctions could force the company to start over with the rigorous approval process.

Musk is well known for his demanding work expectations. Last month at Twitter, he pushed employees to work with a “maniacal sense of urgency” after laying off about half the staff following his $44 billion takeover.

Musk is likely well aware of Synchron’s progress. In August 2020, Synchron won “breakthrough” status from the FDA, allowing for a relatively streamlined approval process, and it has already implanted its BCI in several patients as part of a feasibility trial.

‘We are not cavalier’

Neuralink is also making progress, of course. Musk said last month that FDA talks were going well enough for Neuralink to set a target of its first human trials within the next six months. As for the way animals are treated, at a company event last month he said: “Before we would even think of putting a device in an animal, we do everything we possibly can with rigorous benchtop testing, so we are not cavalier.”

This summer, Musk reached out to Synchron’s Oxley about a potential investment, Reuters reported. By that time, Oxley had already been in talks with Bezos, who said last March he wanted to invest in the company, according to Bloomberg.

Last year, Neauralink’s former president, Max Hodak, stepped down from his role, and in February, he announced he was investing in Synchron. In a blog post, he praised the startup’s less invasive approach, calling it a “really quite elegant idea.”

Synchron and Neuralink did not immediately reply to Fortune’s request for comment.