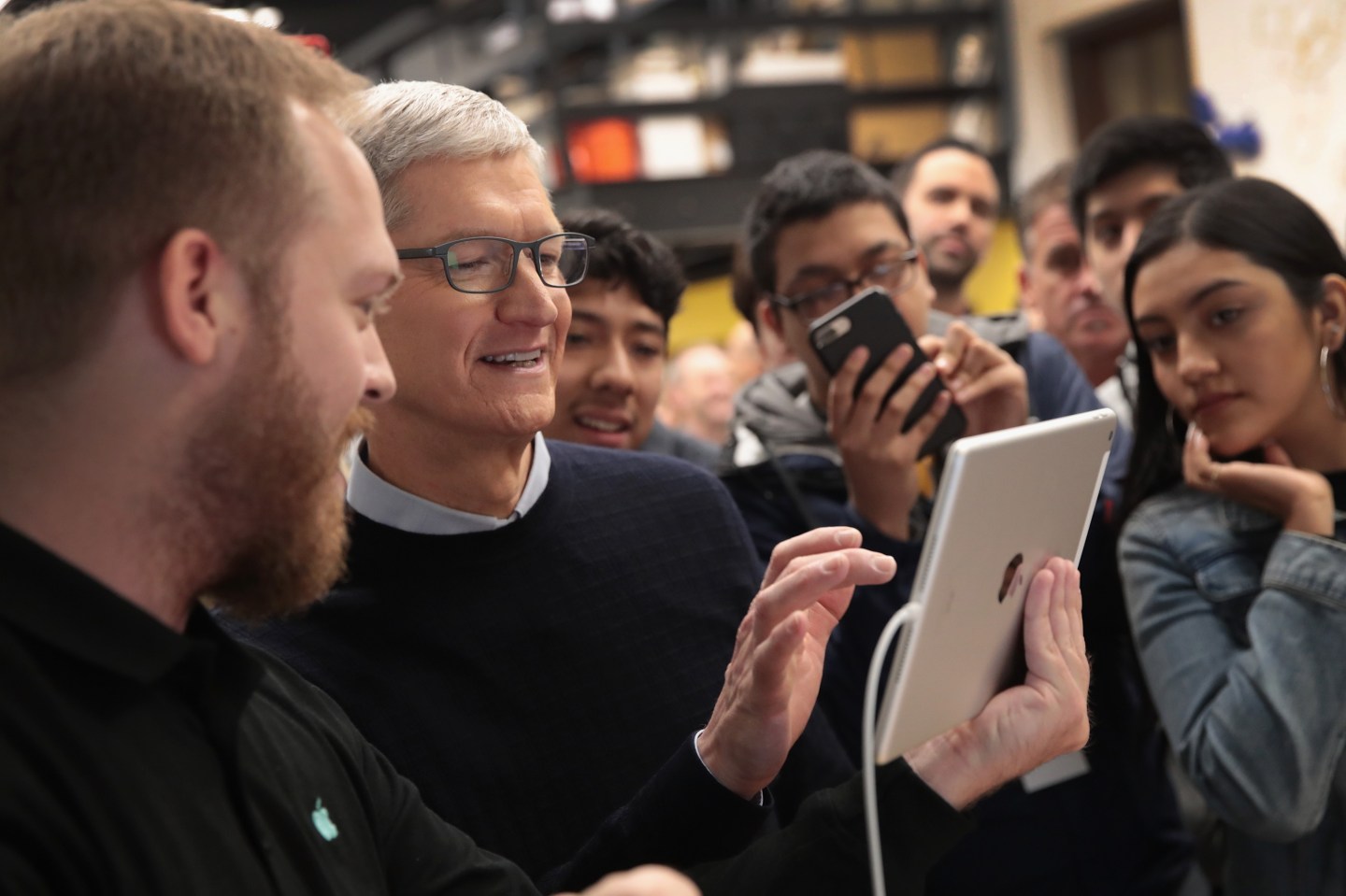 Apple’s almighty App Store, which determines which apps users can download on their iPhones and which has been a target of criticism by everyone from Elon Musk to Mark Zuckerberg, is giving up some of its power.

The company is taking steps to loosen its control over apps on iPhones and iPads by allowing users in Europe to “sideload” software through independent, third-party app stores, according to a report from Bloomberg on Tuesday, citing anonymous sources.

The move, if Apple goes through with it, would mark a major shift in the company’s business practices and a surprising concession to European market regulators, who have been passing a raft of new laws to curb the power of tech giants like Apple.

It was only a few weeks ago that Twitter CEO Elon Musk publicly attacked Apple’s App Store policies, which give Apple singular control over the apps users can download to their devices (unlike Android, which allows users to sideload apps) and which requires that companies pay Apple up to 30% of any revenue generated through their iPhone apps. Musk later claimed he met with Apple CEO Tim Cook and resolved a “misunderstanding” about Apple possibly removing Twitter from its App Store.

The potential change to Apple’s App Store rules in Europe, however, appear not to be the result of pressure from the world’s second richest person, but from European Union authorities.

The EU’s Digital Markets Act (DMA), which takes effect in the coming months, aims to open up digital platforms to more competition. It will give users more leeway to change default settings and, as in Apple’s case, allow in-app purchases without it taking a slice of payments.

According to Bloomberg, Apple engineers and services employees are working on changes that would open up iPhone and iPad software to apps originating from third-party app stores, with plans for the changes to be rolled out with iOS 17 next year. It’s unclear if the changes will be available only in the EU or whether Apple might eventually open up its App Store rules worldwide. Apple has long resisted allowing users to sideload apps on its devices, arguing that its role as a “gatekeeper” was necessary for security.

Apps from Match Group’s Tinder and Hinge to Spotify are currently subject to Apple’s commissions. Typically, these commissions range between 15% and 30%. Just last year, nearly $10 billion worth of transactions took place through the App Store, according to Sensor Tower data cited by Reuters.

The EU has threatened to fine companies up to 20% of its annual global revenue for repeated violations of the DMA, which could amount to $80 billion for Apple. Companies are required to conform to the DMA by 2024.

Apple’s plans could boost app store sales for other platforms like Microsoft, Meta Platforms, and Amazon.com, which have their own versions of app stores.
Apple is reportedly working on other changes, including features in its devices that third-party apps can access in a limited capacity and functionality of its Find My network tool, according to Bloomberg.

This isn’t the first instance when Apple bent its ways to follow EU laws. The company announced that it was testing the USB-C connector rather than the Lightning connector for its next generation of iPhones in 2023, also in compliance with EU rules.