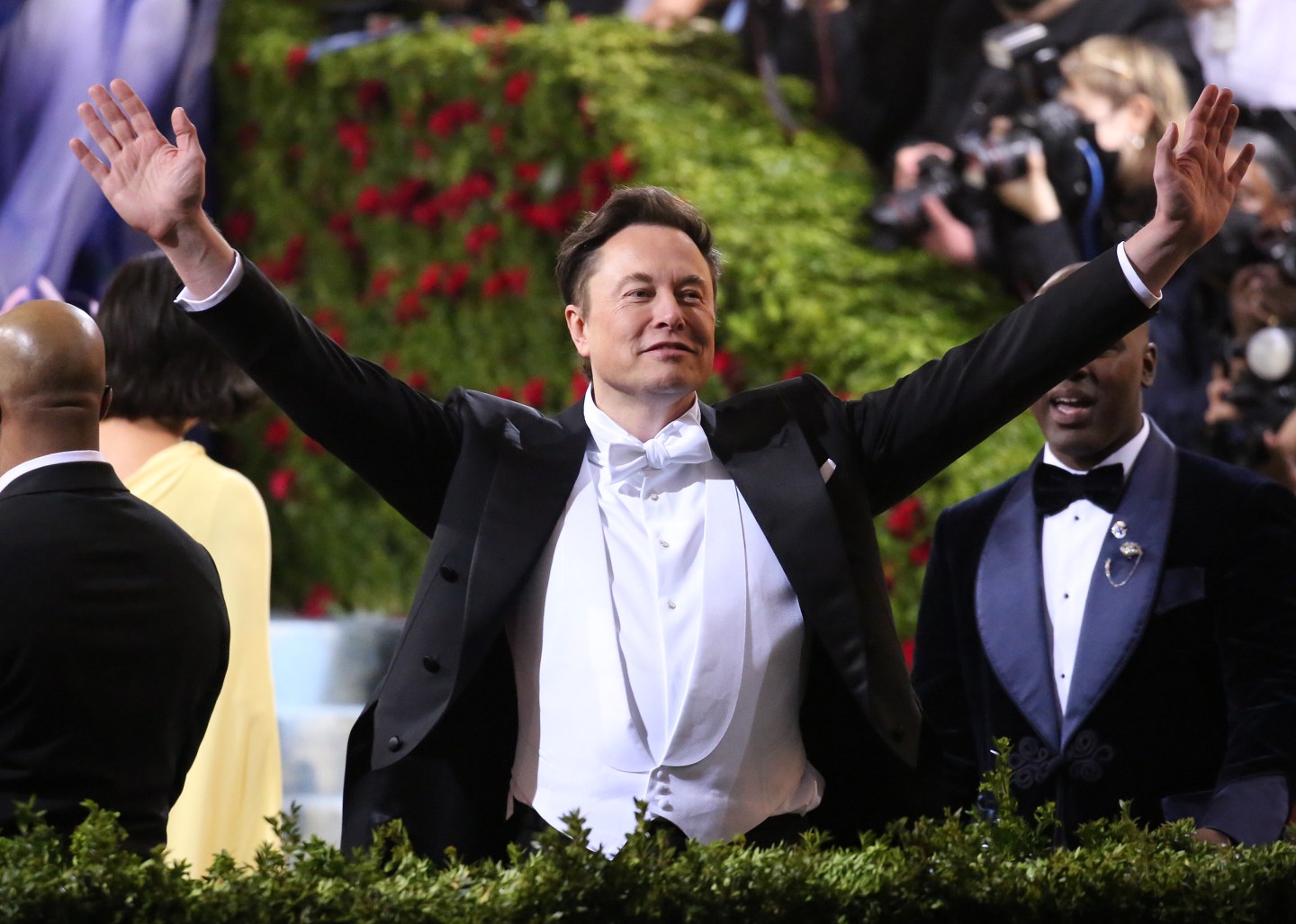 Elon Musk is no longer the richest person in the world, according to Forbes.
Rob Kim—GC Images/Getty Images

Elon Musk is no longer the wealthiest person in the world, thanks to the plummeting price of Tesla shares, which dragged the serial entrepreneur into second place.

Musk, CEO of Tesla and Twitter, saw his net worth overtaken by that of French billionaire Bernard Arnault on Monday, according to data from Forbes.

Arnault is the chairman and CEO of luxury goods maker LVMH and has a net worth of $187.1 billion, Forbes’s Real-Time Billionaires List showed on Tuesday morning.

Musk, meanwhile, lost $7.4 billion on Monday—around 4% of his total net worth, according to the ranking, which Forbes says puts his fortune at $181.3 billion.

Musk’s wealth is largely tied to Tesla shares, which shed around 6.3% of their value by the closing bell on Monday. At the beginning of the year, Forbes valued Musk’s net worth at $304.2 billion—meaning his fortune has plummeted by an amount that exceeds the wealth of Amazon founder Jeff Bezos, who sits in fourth place on Forbes’s ranking.

The $7.4 billion hit to his net worth on Monday is the equivalent wealth of the 299th spot on Forbes’s billionaires list, a place currently held by Arizona Beverages cofounder Don Vultaggio.

Musk was propelled to the top of Forbes’s global wealth ranking thanks to Tesla shares gaining more than 4,000% in the decade after the firm’s IPO, while his other companies, like SpaceX, gained traction and secured investment. In 2013, his net worth was $2.7 billion, according to Forbes.

However, investors have taken a tentative approach to Tesla in the wake of Musk’s $44 billion acquisition of social media platform Twitter, resulting in a volatile few months for the electric-car maker’s stock.

Tesla shares are now valued at 60% less than they were at the beginning of the year. By Tuesday morning, Tesla was trading at 30 times its projected earnings—its lowest ever—with analysts telling Bloomberg the price could dip even lower.

Bloomberg’s Billionaires Index, which uses slightly different methods to track the wealth of the world’s richest people, still has Musk in its top spot, with Arnault following incredibly closely behind. The LVMH chief’s net worth is just $1 billion lower than Musk’s in Bloomberg’s ranking.

According to Bloomberg’s figures, Musk’s fortune has been depleted of $103 billion so far this year. That’s almost equivalent to the wealth of Oracle founder Larry Ellison, who has a net worth of $103.9 billion and is currently ranked the seventh-richest person in the world by Forbes.