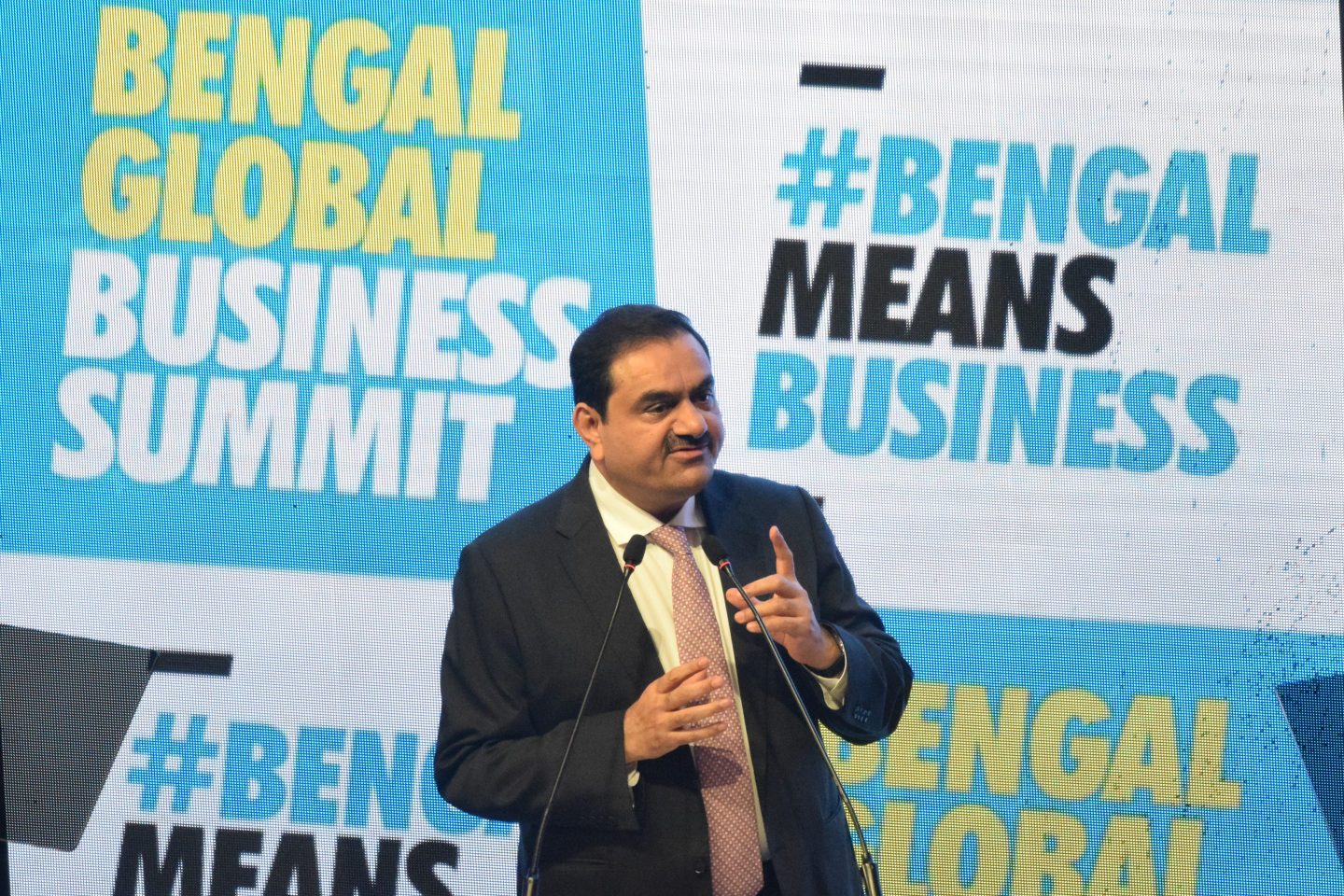 Few outside of India had heard of Gautam Adani just a few years ago. Now the Indian businessman, a college dropout who first tried his luck as a diamond trader before turning to coal, has become the world’s third-richest person.

It’s the first time an Asian person has broken into the top three of the Bloomberg Billionaires Index—fellow citizen Mukesh Ambani and China’s Jack Ma never made it that far. With a $137.4 billion fortune, Adani has overtaken France’s Bernard Arnault and now trails just Elon Musk and Jeff Bezos of the US in the ranking.

Adani, 60, has spent the past few years expanding his coal-to-ports conglomerate, venturing into everything from data centers to cement, media and alumina. The group now owns India’s largest private-sector port and airport operator, city-gas distributor, and coal miner. While its Carmichael mine in Australia has been criticized by environmentalists, it pledged in November to invest $70 billion in green energy to become the world’s largest renewable-energy producer.

As his empire has expanded to one of the world’s largest conglomerates fueling the remarkable wealth gains, concerns have grown over the rapid growth. Adani’s deals spree has been predominantly funded with debt and his empire is “deeply over-leveraged,” CreditSights said in a report this month.

Some lawmakers and market watchers have also raised concerns over opaque shareholder structures and a lack of analyst coverage at Adani Group companies. Yet the shares have soared—some of them more than 1,000% since 2020, with valuations hitting 750 times earnings—as the tycoon focused on areas that Prime Minister Narendra Modi deems crucial to meeting India’s long-term goals.

The pivot to green energy and infrastructure has won investments from firms including Warburg Pincus and TotalEnergies SE, helping Adani enter the echelons previously dominated by U.S. tech moguls. The surge in coal in recent months has further turbocharged his ascent.

All told, Adani has added $60.9 billion to his fortune in 2022 alone, five times more than anyone else. He first overtook Ambani as the richest Asian in February, became a centibillionaire in April and surpassed Microsoft Corp.’s Bill Gates as the world’s fourth-richest person last month.

Adani was able to move past some of the world’s richest U.S. billionaires partly because they’ve recently boosted their philanthropy. Gates said in July he was transferring $20 billion to the Bill & Melinda Gates Foundation, while Warren Buffett has already donated more than $35 billion to the charity.

The two, along with Gates’s ex-wife Melinda French Gates, started the Giving Pledge initiative in 2010, vowing to give away most of their fortunes in their lifetimes. The billions of dollars spent on philanthropy has pushed them lower on the Bloomberg wealth ranking. Gates is now fifth and Buffett is sixth.

Adani, too, has increased his charitable giving. He pledged in June to donate $7.7 billion for social causes to mark his 60th birthday.