Goldman Sachs CEO says clients are shifting away from supply chain resiliency to keeping headcount down, but ‘I’m not hearing panic’ 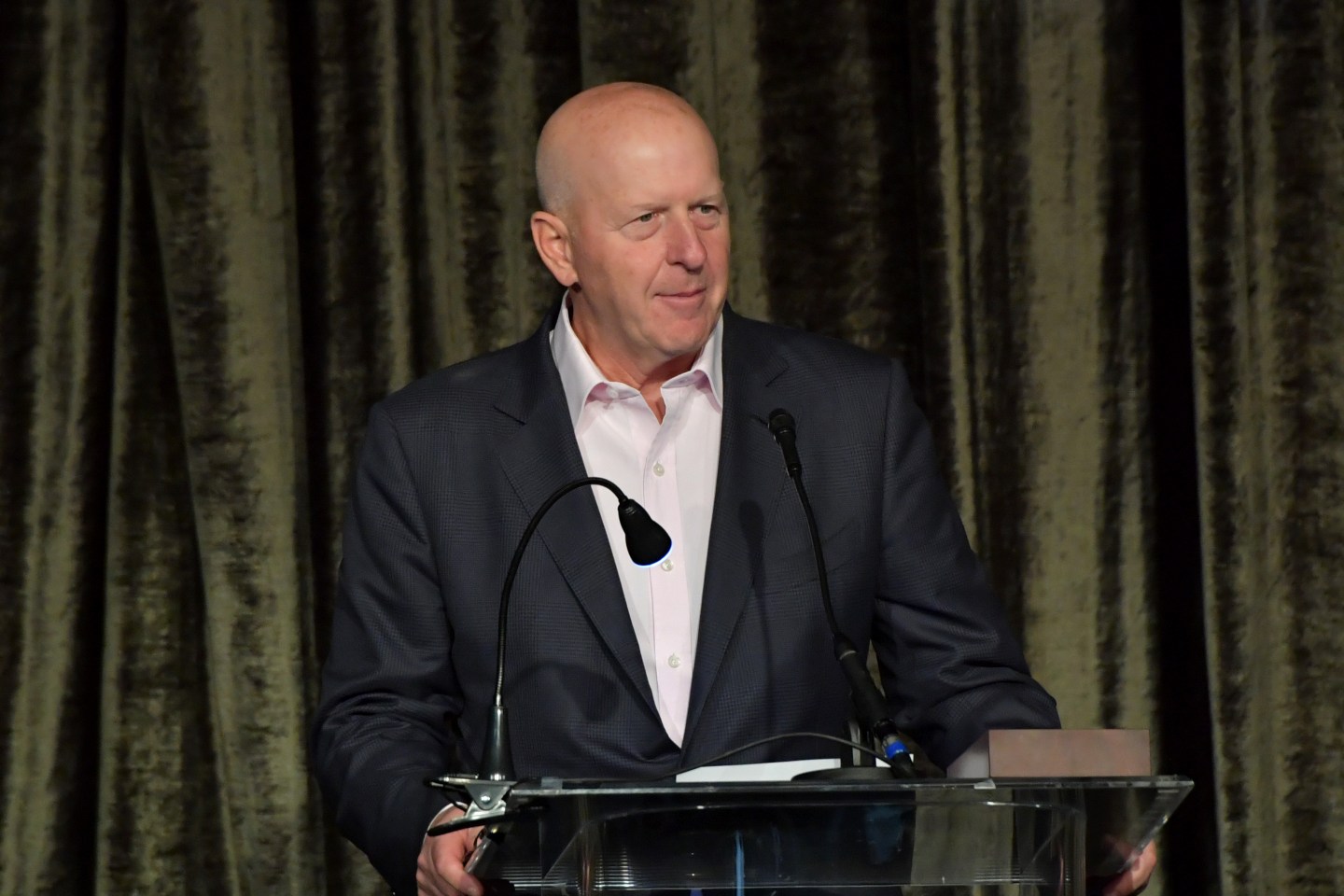 With just over two weeks left in Q4, and an uncertain year ahead, executives at large U.S. banks have been weighing in on inflation, a pending recession, consumer spending, and the tight labor market.

“Economic growth is slowing,” Goldman Sachs CEO David M. Solomon said on Tuesday, the first day of the firm’s U.S. Financial Services Conference. “Our economists expect the global economy to grow by 1.9% in 2023,” Solomon said. “They believe Europe is already in the midst of a mild recession.” And Goldman economists predict the U.S. will narrowly avert a recession, he said.

“I’m actually slightly more cautious when I talk to clients,” Solomon said. “They sound extremely cautious. Many CEOs are watching the data, waiting to see what happens…But I’m not hearing panic.”

But Solomon did indicate a change. “We’re seeing clients shift attention away from supply chain resiliency and toward keeping headcount down.” That’s evident in what seems like almost daily announcements of hiring freezes or layoffs by companies across industries.

The largest cost for Goldman Sachs is “our people,” Solomon said. “The job market remains surprisingly tight and the competition for our talent, particularly top talent, is as strong as ever.” The firm will continue to seek to balance, and “appropriate pay for performance mindset with a focus on talent retention at this time,” he said.

Pay for performance usually includes bonuses, which will shrink for Wall Street bankers, according to a recent report by Johnson Associates. The compensation management consulting firm projects that for investment bankers, incentive pay may drop by as much as 45% compared to last year.

Goldman’s latest restructuring included combining the bank’s wealth management and asset divisions into a single unit, and merging its investment banking and trading businesses into another.

“The labor market is still super tight, no matter how you measure it, obviously,” Marianne Lake, co-CEO of consumer and community banking at JPMorgan Chase, said during the conference. “But it does feel like we’re past the peak of wage inflation,” said Lake, who is a former CFO at JPMorgan. “It feels like the sort of frenzy on hiring and the super elevated attrition rates, for us, and generally, have abated a bit. So we look for that to soften into 2023.” The outlook on unemployment is that it will move higher in 2023 peaking in 2024, slightly about 5%, Lake said.

The U.S. economy is still strong, she said. But the outlook is for a “shallow and short-lived” recession at the end of next year, Lake said. For JPMorgan, “I think the performance of markets so far this quarter is good, specifically in fixed income,” she said.

The glass is half full or half empty

In November, consumer spending was up 5%, Brian Moynihan, chairman and CEO at Bank of America, said during the conference. Compared to previous periods, “The rate of growth and spending is starting to slow,” Moynihan said. That’s the impact of the Fed raising interest rates to get inflation under control, he said.

You can look at it as the glass is half full or half empty metaphor, he said. “Half full is—consumers are still in the game, and half empty is—they’re starting to slow down,” he explained. The question then becomes, how soon will the Fed stabilize the economy in order to “avoid more damage?” BofA researchers predict “negative growth” in the first part of next year, but a recession would be “mild,” he said.

In Q3, big U.S. banks, including Goldman, JPMorgan and BofA, reported weaker profits as the economy slowed and dealmaking was halted by volatile markets.

Amid predictions about the future of the economy at the conference, a CEO took the time to publicly thank his CFO for his service. KeyCorp recently announced Donald R. Kimble, longtime CFO and chief administrative officer, will retire on May 1.

“I just want to take a moment and acknowledge Don Kimble,” KeyCorp CEO Christopher Gorman said during the company’s panel session. “Don, thank you for your steadfast leadership,” he said to Kimble. “Thank you for all you’ve done for Key over the last decade.” Gorman then welcomed the next CFO, Clark H.I. Khayat, currently chief strategy officer, who was also in attendance.

So, while financial services execs continue to navigate the uncertain economy going into next year, CEO and CFO partnership is still key.

Schwab Advisor Services released its RIA Compensation Report highlighting how firms are securing and retaining talent and trends in the RIA (investment adviser firm) industry. Eighty percent of the firms surveyed reported they planned to hire in 2022. Based on current growth rates, the industry will need to hire more than 70,000 new staff over the next five years, the research finds. To attract talent, 55% of top performing firms offer an employee value proposition, according to Schwab Advisor Services.

When it comes to retaining talent, Morgan Stanley at Work’s 2022 Plan Sponsor Retirement study finds that plan sponsors continue to see the 401(k) as a leading retirement benefit. But as the economic climate becomes more complex, plan design has emerged as a differentiator to help drive employee enrollment and support the company’s talent strategy. For example, 401(k) plans with a financial advisor, or that offer features like a Roth or company match, are seen as more attractive with higher enrollment rates, according to the report.

Ben Dunham was named CFO at TruGreen, a U.S. lawn care provider, effective January 9. Dunham succeeds Michael Sims, who will retire from the organization at the end of 2022. Sims will move into a senior advisor role, amid the transition. Dunham most recently served as the CFO of WeWork, where he helped the company transition into a time of rebuilding. Prior to WeWork, he was U.S. CFO for Pizza Hut, part of Yum Brands Inc.

“We’ve gone from a period in 2021 where capital was abundant and cheap, to one where the cost of capital has increased and where capital is less readily available and it’s more difficult to fundraise. You think about European tech, it’s barely 20 years old. And now we’re seeing its resilience put to the test.”

—Tom Wehmeier, head of insights at venture capital firm Atomico, and co-author of the firm's report on the state of Europe’s technology told Fortune. According to the report, European tech companies are now facing a significant slowdown in dealmaking, challenging fundraising cycles, and fewer investors willing to commit to late-stage, large-round investments, Fortune reported.