Sick pay for rail workers gets investor backing: ‘In this day and age, this really boggles the mind why a company would not provide that’ 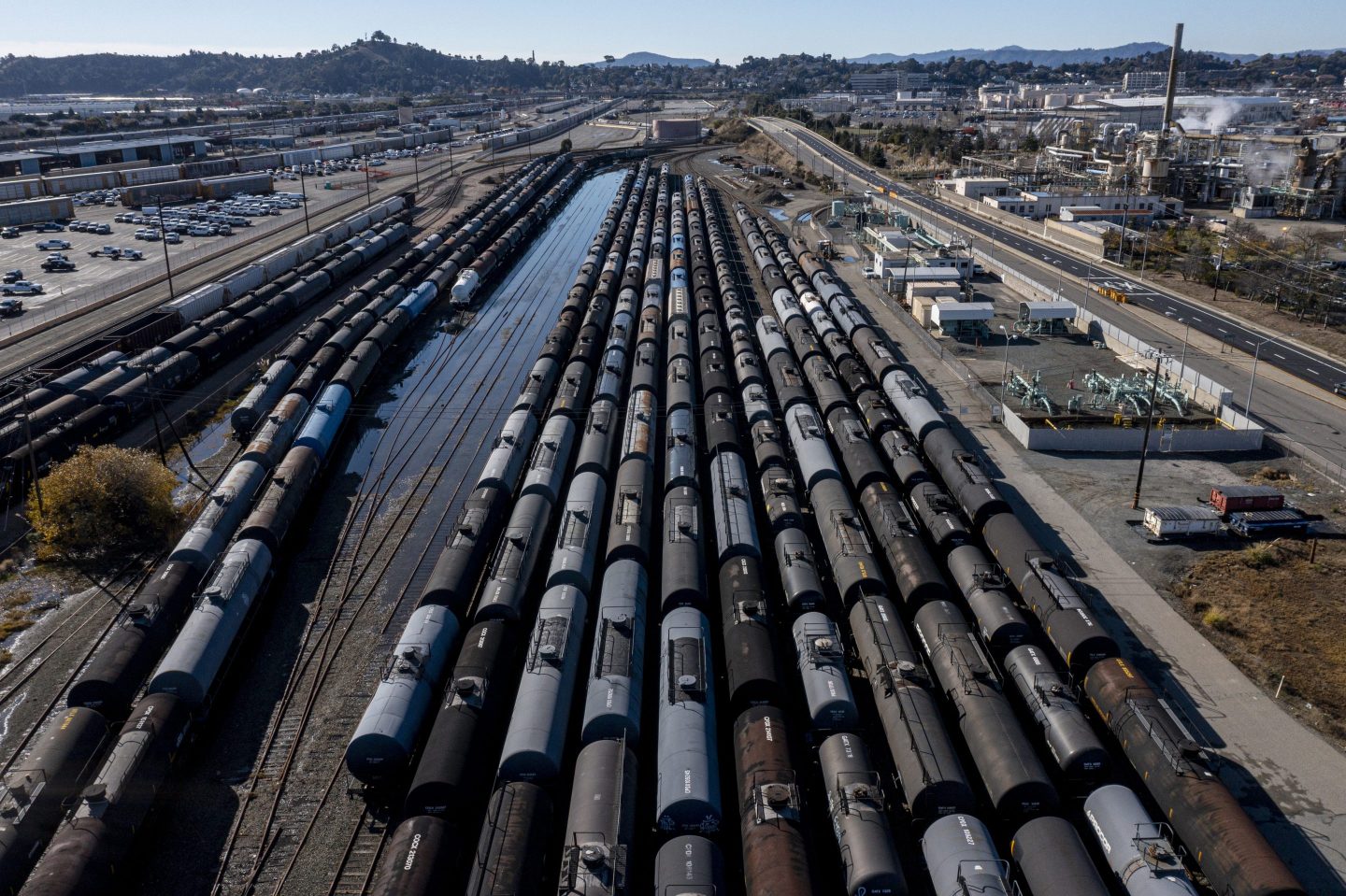 The lack of paid sick time in the industry became a major sticking point this fall in contract talks between the railroads and their 12 unions.
David Paul Morris—Bloomberg/Getty Images

Major freight railroads are facing pressure to add sick days for their workers from a new front: An influential investment group says some of its members are now pushing the measure that Congress declined as part of the contracts they imposed last week to avert a potentially devastating nationwide rail strike.

The Interfaith Center on Corporate Responsibility said Monday that two investment managers it works with to help promote social change at companies had filed proposals at Union Pacific and Norfolk Southern railroads to give shareholders a vote on whether rail workers should get paid sick leave. Similar proposals are likely to be filed at CSX and at BNSF’s parent company of Berkshire Hathaway, but they haven’t been submitted yet. The ICCR represents 300 members with over $4 trillion in assets.

The lack of paid sick time in the industry became a major sticking point this fall in contract talks between the railroads and their 12 unions. Four of those unions rejected five-year deals that included 24% raises and $5,000 in bonuses because of their concerns about sick leave, demanding schedules and other quality-of-life concerns.

President Joe Biden signed a bill Friday that forces railroad workers to accept those deals that were negotiated back in September and prohibits them from going on strike. A separate bill that would have required sick time failed in the Senate.

Labor groups said after Congress acted they will keep fighting for sick time and better working conditions even though this round of negotiations that began three years ago is now over because their concerns linger.

Marvin Owens with nonprofit investment manager Impact Shares filed the shareholder proposal at Norfolk Southern. Impact Shares works with groups like the YWCA and NAACP to establish criteria for funds. Owens said companies should consider sick time as an investment in its workforce, not an expense.

“In this day and age, this really boggles the mind why a company would not provide that given the need to retain workers and really provide workers with the kind of support needed to keep them in place and to keep them healthy. Paid sick leave is key to that,” Owens said.

The railroads refused to add sick time during these negotiations because they said the unions had agreed over the decades to forgo paid sick leave in favor of higher wages and strong short-term disability benefits that start to kick in after four or seven days and replace part of a worker’s wages for up to a year.

The railroads also say employees can take personal leave days or vacation days for illnesses, although workers say those have to be approved far ahead of time so they aren’t very useful for illnesses. Workers are also allowed to take unpaid time off for illnesses but they may be penalized under a railroad’s attendance policy if they miss too many days.

The Association of American Railroads trade group also said the special board of arbitrators that intervened in the contract dispute this summer opted not to recommend paid sick time.

A spokesman for the Brotherhood of Maintenance of Way Employes Division union that rejected its deal with the railroads praised the investors’ action.

“The railroads never engaged on this issue in good faith. Their arrogance led us to this juncture and it has rightfully left their public reputation bruised. That’s their fault,” said Clark Ballew with the BMWED. ”There’s no excuse other than their insatiable greed and that is a flimsy, pathetic excuse at that.”

Union Pacific said in a statement that it “knows quality of life concerns are real and we are working with employees to make changes.”

Norfolk Southern declined to comment on the investor proposal.