‘We are now sellers again’: Wall Street’s top strategist thinks the brief December rally is over 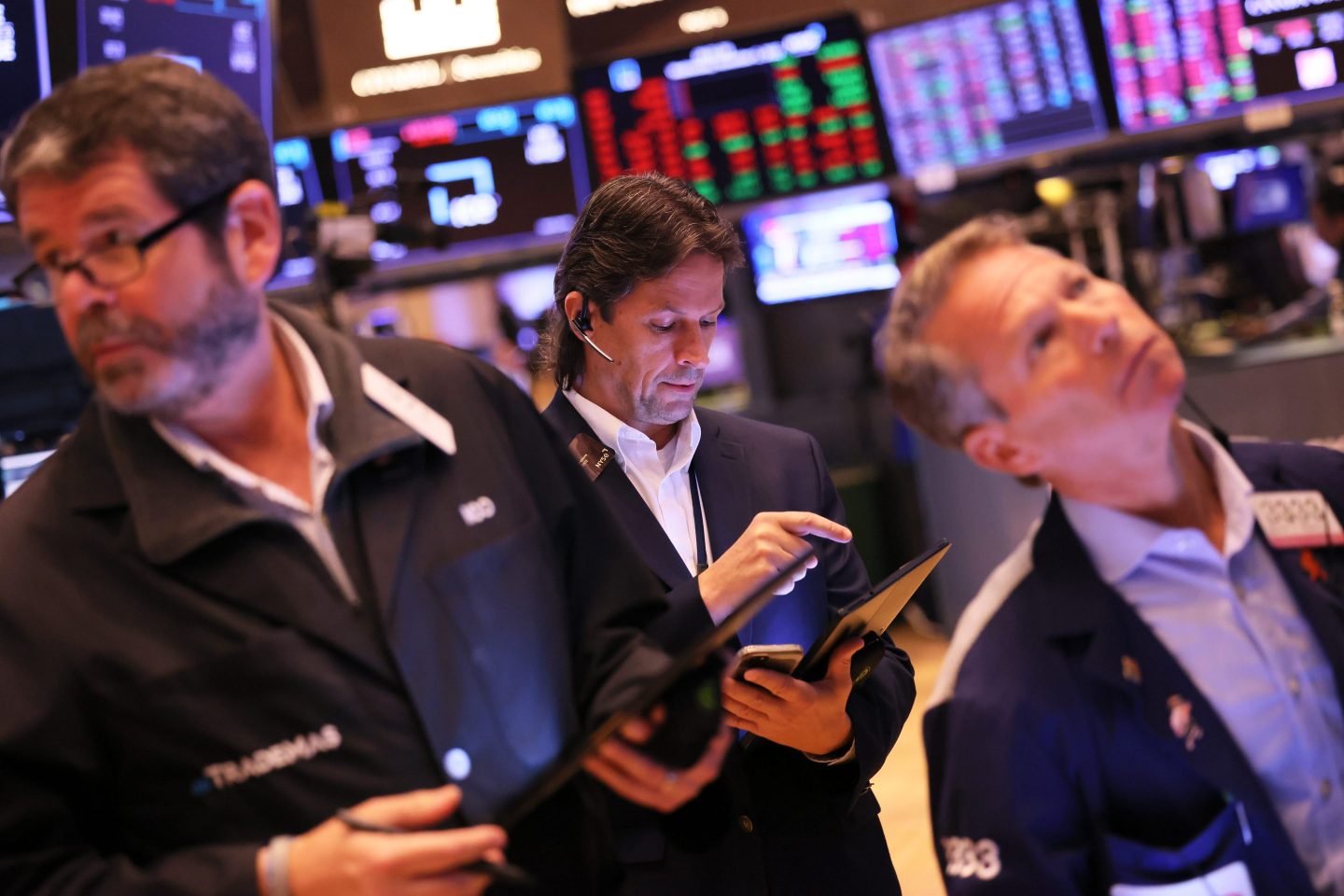 Next year, Mike Wilson believes, equities will experience a plunge as U.S. companies are forced to revise their earnings down in the first quarter because of sagging margins and earnings.
Michael M. Santiago—Getty Images

After predicting the short December rally and betting on it, Morgan Stanley’s chief strategist Mike Wilson is returning to his bear position and going back to selling equities.

Wilson, who has garnered a reputation as being Wall Street’s most outspoken bear and was ranked No. 1 stock strategist in the latest Institutional Investor survey, said in a Monday morning note that he expected the S&P 500 to resume its descent into the red after it crossed above its 200-day moving average last week.

“We are now sellers again,” he and his colleagues wrote, adding that the downward trend he predicted at the start of next year remains intact. “This makes the risk-reward of playing for more upside quite poor at this point.”

Wilson previously predicted the December rally of U.S. equity stocks back in early November, estimating the S&P 500 would reach 4,150 points “before reality sets in”; bond and stock markets had priced in too much hawkishness in the last quarter of the year, he believed. His prediction is close to coming true as the S&P 500 closed at 4,071 Friday.

With Monday’s note, Wilson is bringing forward his prediction of when the December rally will end, writing that he sees the “absolute upside” for the S&P at 4,150 points being achieved “over the next week or so.”

Next year, Wilson believes, equities will experience a plunge as inflation drops and U.S. companies are forced to revise their earnings down in the first quarter because of sagging margins and earnings.

“Inflation is what drove profits higher. So as inflation comes down next year…that’s bad for equities,” Wilson told Bloomberg last Thursday. He added, “It’s going to crush margins…and this is the part of the story that we think is underappreciated by a lot of investors.

“You should expect an S&P between 3,000 and 3,300 sometime in probably the first four months of the year,” Wilson also said last week on CNBC’s Fast Money.

Wilson’s expectation that the tapering off of inflation will be bad for the economy cements his reputation as one of the most pessimistic investors on Wall Street and sets him apart from his peers. Many market watchers expect easing inflation will push the Federal Reserve to slow, stop, or even reverse interest rate hikes that have dragged on the economy since March.

Fundstrat’s Tom Lee has argued that the S&P 500 could experience a 12% rally to 4,500 before the end of the year, as inflation subsides and the Fed relaxes its policies. Deutsche Bank’s Binky Chadha predicts the S&P 500 will rally into the first quarter of next year as the Fed dials back on its pace of rate hikes.

But most strategists and investors agree that next year a recession will finally sink its teeth into the economy.

JPMorgan Chase strategists estimate S&P 500 earnings per share will fall by 9% next year, citing weaker demand and pricing power as well as margin compression and limited stock buybacks. Nearing Wilson’s prediction, JPMorgan says the S&P 500 could “retest” this year’s low of 3,491.58 in the first half of 2023 as the Fed’s monetary-policy tightening weakens fundamentals.

“This selloff combined with disinflation, rising unemployment, and declining corporate sentiment should be enough for the Fed to start signaling a pivot, subsequently driving an asset recovery,” JPMorgan analysts wrote, adding that the index could claw back up to 4,200 by year-end 2023—300 points higher than Wilson’s prediction of 3,900.

Goldman Sachs’ chief U.S. equity strategist David Kostin made his own bet that the S&P 500 will drop roughly 10% to 3,600 over the next three months, but then end the year at 4,000. Goldman Sachs and Kostin argue the reduced number of corporate buybacks will result in a drop in appetite for stocks next year. “Buybacks have been the largest and most consistent source of demand for shares for more than 10 years but demand will soften in 2023,” analysts wrote.

While investors and strategists alike attempt to navigate the next year, Wilson recommends retaining a defensive investor position in health care, utilities, and consumer stable stocks. He also advises to stay away from growth stocks as they generally benefit from lower rates and are much less likely to see a boost in 2023 given the risk to corporate profits.