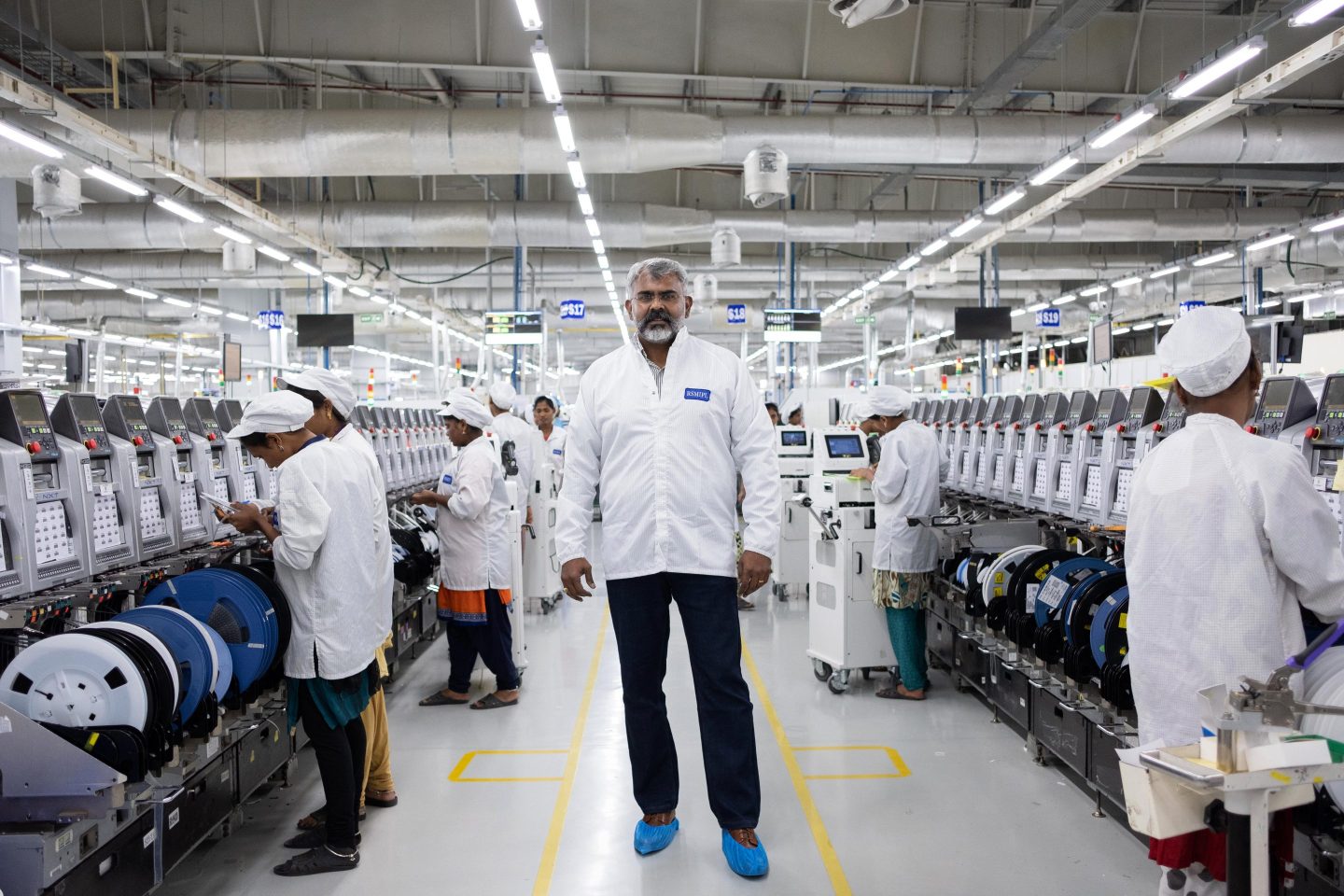 Josh Foulger, managing director of Foxconn India, poses for a photograph on an assembly line in the mobile phone plant of Rising Stars Mobile India, a unit of Foxconn Technology Co., in Sriperumbudur, Tamil Nadu, India, in 2019.
Karen Dias—Bloomberg/Getty Images

Apple and China have been tied at the hip since the early days of the iPhone, but COVID-19 lockdowns and violent protests are testing that relationship.

The tech giant is now accelerating plans to move a significant portion of its iPhone production away from Beijing’s influence, the Wall Street Journal reported over the weekend.

Ives said that Apple has a shortage of between 10 million and 15 million iPhones for the “all-important” holiday season because of production issues in China this year, calling the situation “the Grinch that stole Christmas for Apple.”

He believes a lack of iPhone 14 Pro models, in particular, will cause some consumers to “trade down” to cheaper phone options, while others opt to wait until next year to buy.

Apple said in May that it would begin expanding its production capacity outside of China due, at least in part, to strict COVID-19 restrictions that have hampered output at the factories of its main supplier, Foxconn, this year.

But this month, protests over COVID-era lockdowns and working conditions at Foxconn’s “iPhone City” in Zhengzhou, China—where some 300,000 workers produce Apple products—have led Apple to turn even further away from China.

That’s big news, considering Chinese production has been “one of the linchpins to Apple’s historical success,” according to Ives.

“Apple has minimal options to resolve this train wreck of a situation in the near term,” Ives said. But he added that China’s pain will lead to long-term gains for some of its neighbors as Apple transitions to greener manufacturing pastures.

Ives said India and Vietnam are set to benefit the most from the Apple-China breakup, arguing that 50% of all iPhone production could come out of the Southeast Asian nations by 2025.

Ives noted that these will be “painful logistical moves” for Apple, but he believes that the company has no choice, calling the protests and lockdowns of the past month “the straw that broke the camel’s back.”

“The shift out of China will not be easy and will come with clear logistical, engineering, and infrastructure hurdles,” he wrote.

India currently represents just 2% to 4% of iPhone production, but Ming-Chi Kuo, a tech analyst at Hong Kong–based TF International Securities, believes that figure will jump at least 150% next year.

India’s Prime Minister Narendra Modi has been courting big firms like Apple for years. In 2020, his government passed a $6.7 billion manufacturing incentive plan to draw big tech firms like Apple to the country.

“Foxconn moving production to India from China is also about getting closer to a high-growth market, rather than, say, following U.S. policy signaling to contain China,” Edith Terry, managing director at consultancy Cotton Tree Advisors, which focuses on business and public affairs in East Asia, told Fortune’s Yvonne Lau.