China locks down ‘iPhone City’ for 7 days on COVID cases, slamming the breaks on Apple production ahead of the holiday season 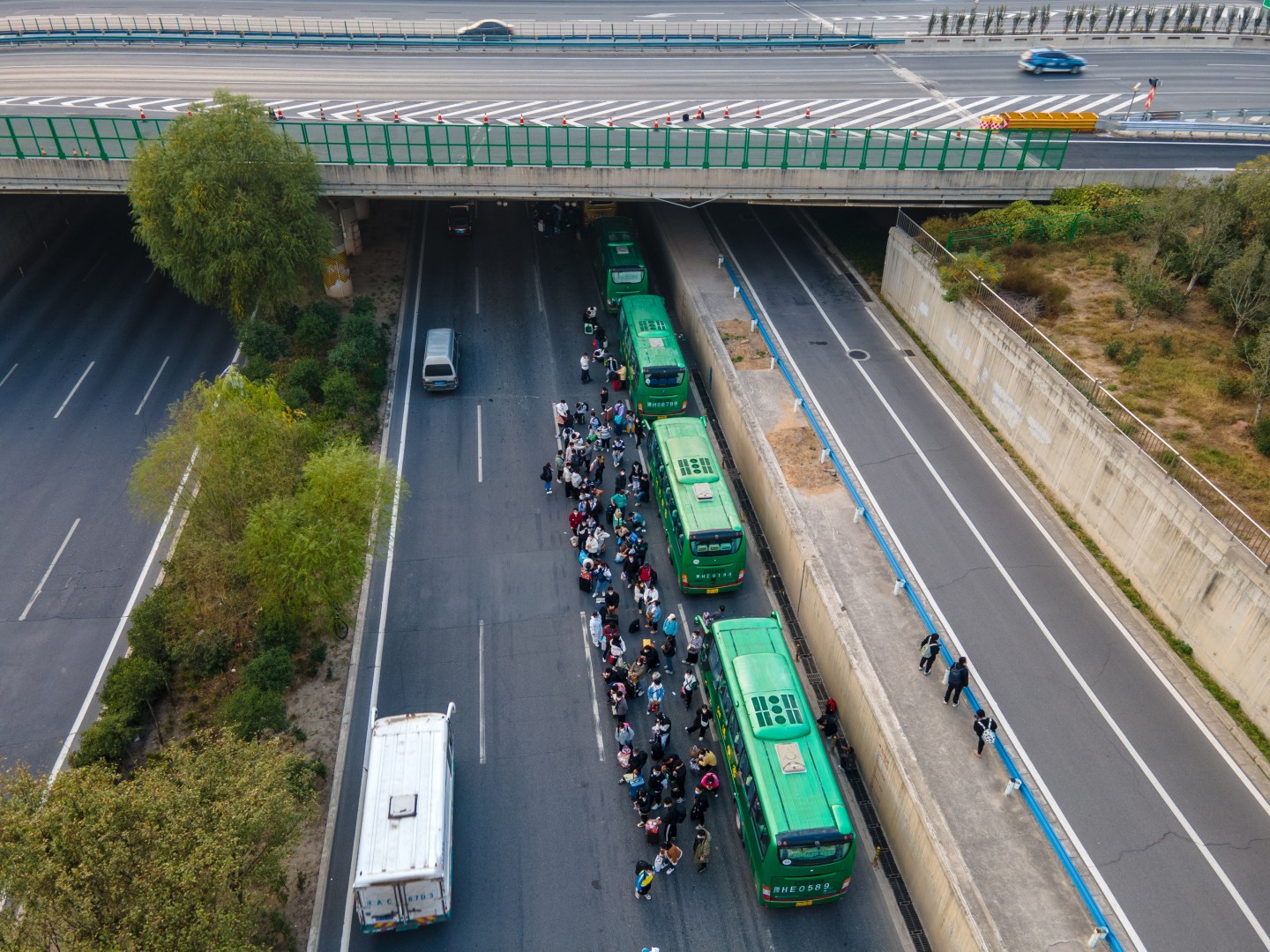 Foxconn employees take shuttle buses to head home on Oct. 30, 2022, in Zhengzhou, after COVID-19 infections were reported in the city.
VCG/VCG via Getty Images

China has ordered a seven-day lockdown of the area around Foxconn Technology Group’s main plant in Zhengzhou, a move that will severely curtail shipments in and out of the world’s largest iPhone factory.

The lockdown will last until Nov. 9, the local government said in a statement posted to its WeChat account. It ordered people and vehicles off the streets except for medical or other essential reasons, a prohibition that threatens to cut off the flow of additional workers and components needed to rev up production ahead of the holiday-season crush.

The abrupt action reflects Beijing’s Covid Zero approach and is likely to further disrupt Foxconn’s main operations base, which cranks out an estimated four out of five of Apple Inc.’s latest handsets. The Taiwanese company, whose main listed arm is Hon Hai Precision Industry Co., was already grappling with a Covid flare-up that forced some of its 200,000 staff into quarantine and pushed others to flee the facility — some on foot.

The government notice emerged after Zhengzhou reported Covid-19 cases jumped to 359 for Tuesday, up more than three-fold from a day before. Officials there have in recent days progressively imposed a web of smaller lockdowns and restrictions on areas as small as an apartment block.

The plant will keep operating within a “closed loop,” or a self-contained bubble that limits contact with the outside world, Foxconn said in a statement. But the company didn’t address questions about how it will ship goods in and out of the compound during the area-lockdown. An Apple representative didn’t immediately respond to a request for comment.

The lockdown comes at a crucial time for Apple, which launched the iPhone 14 during an unprecedented slump in global electronics demand. While faring better than other smartphone makers, the company has backed off plans to increase production of its new iPhones this year after an anticipated surge in demand failed to materialize, Bloomberg has reported. Apple has posted better-than-expected results but warned of a holiday slowdown.

Foxconn has sought to mitigate the potential disruption by raising wages and arranging for backup from its other Chinese plants should assembly lines stall in Zhengzhou. In recent days, it’s also fought to quell speculation on social media that some of the infected staff had died.

In previous lockdowns, government officials have allowed not just essential services but also key local enterprises to work around Covid restrictions. Many important companies in Shanghai and the southern metropolis of Shenzhen, for instance, continued operating even when other factories were starved of manufacturing components.

The Zhengzhou factory should also have stockpiled enough components to keep operating for a while, so much would depend on the length of the lockdown — officials elsewhere in China have sometimes extended such actions for months.

It’s unclear if Foxconn has negotiated workarounds with the local government in Zhengzhou. Any disruption there threatens to snarl Apple’s finely orchestrated supply chain. Thousands of components from Europe to Asia are shipped into Zhengzhou, assembled manually into devices, then shuttled off to the rest of the world.

That single facility is responsible for 80% of capacity for the iPhone 14 series, with more than 85% of iPhone 14 Pro capacity based there, according to Counterpoint senior analyst Ivan Lam.