A money coach is ditching California for Portugal to fulfill her home-owning and retirement dreams. Here’s how she’s doing it 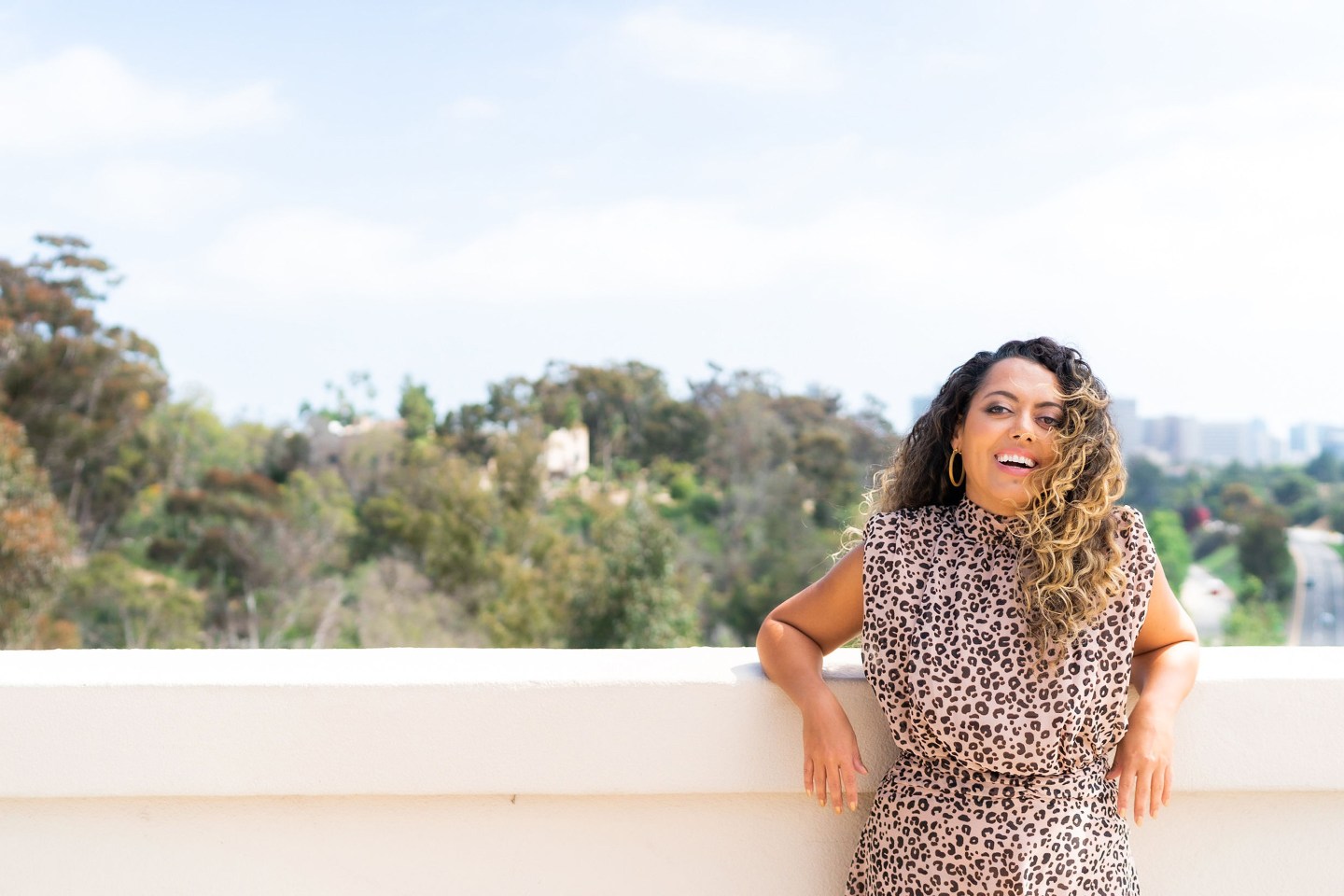 Delyanne Barros, 40, has no second thoughts about relocating this spring.
Courtesy of Kiley Shai Photography

In May of next year, just in time for summer, Delyanne Barros has plans to move to Portugal’s Algarve region to take advantage of its perpetual sunshine and bustling expat community.

It’s not entirely out of the blue, Barros, a lawyer-turned-money coach, tells Fortune; she’s been planning to move for at least a year. The 40-year-old San Diego resident originally wanted to make the nearly 6,000-mile move with Portugal’s D7 visa, which enables retirees earning a solid passive income of about $8,773 per year to move to the country.

But Barros, a native Brazilian, is far from retired. She officially incorporated her coaching business into an LLC and went full-time in 2021; as such, she didn’t fit the D7 bill. “It was tricky, because I have a very active online business, and I thought it would be nice if I could qualify with my income from that,” she says.

Luckily, a solution was waiting in the wings for her: in early October, Portugal announced a new digital nomad visa, and applications opened on October 30. Barros learned about it after attending a webinar on moving to Portugal hosted by Global Citizens Solutions, a consultancy focused on securing visas and residencies for hopeful expats. She thinks its implementation shows that the Portuguese government is “very open to immigration right now.”

The rise of remote work in most white collar sectors has created an explosion of interest in digital nomadism. Some people, deemed “stealth workers,” have even opted to move overseas without telling their boss. Countries like Malta, Ecuador, Croatia, and Iceland, whose tourist economies suffered during the worst of COVID, are rushing to cater to workers’ newfound wanderlust. Portugal is the latest to join the fray.

For self-employed, travel-starved remote workers, Barros thinks the digital nomad visa is a sparkling opportunity likely to surge in popularity. Portugal’s low-cost of living, welcoming ex-pat communities, relative safety, and warm weather were enough to reel her in. But there may be a few trade-offs, which she’s also ready to face.

A mass exodus to Portugal could bring bureaucratic headaches

When it comes down to the move itself, it’s not all sunshine and rainbows—or brilho do sol and arco-íris. Barros’ biggest worry, anecdotally, is “the tax situation.”

Upon arrival, digital nomads in Portugal can obtain NHR (non-habitual resident) status, which carries numerous perks, including a 20% tax rate on income earned in the country (compared to standard tax rates of up to 48%), and no taxes on foreign income. But maintaining that status requires an annual re-confirmation, and it’s only available to first-time Portugal residents. And that’s taxes you pay after making it through the maze of America’s tax bureaucracy.

But Barros thinks the tax fears are overblown. “The U.S. and Portugal have a treaty in place that prevents double taxation,” she says. “Obviously, having a really great tax attorney who understands these things is going to be key.”

While she’s eager to dive into the community—she only anticipates needing two weeks to get fully oriented—Barros’ business will always be U.S.-focused and take mainly American clients, she says, which will require reams of paperwork and legal disclosures.

“Everything with [Portugal] is a little more old-school,” she continues. “Things are a little more bureaucratic. There will be more red tape.”

That red tape is especially likely in the process of snagging the visa, even though all one needs is proof of employment from a foreign company and proof of residence in a non-EU or European Economic Area country.

Indeed, Portugal is notorious for its “byzantine” bureaucracy, a recent American expat told Fortune, adding that her process for a different kind of visa had very little quality control. Amy Leavitt, who left her Vermont home to retire in Aljezur, recommended preparing for a year of “intense paperwork and bureaucracy of immigration.”

But Barros has heard the visa process for the digital nomad visa moves pretty quickly, and if all goes according to plan, she’ll be in Portugal within six months. She first needs to file her business paperwork in California, which requires her to travel from San Diego to San Francisco, where the Portuguese Embassy is located. They require a physical copy that she personally hands over, “which is wild,” she says.

Portugal is sunny, affordable, and safe

Aside from a drawn out legal process, Barros acknowledges that Portugal on the whole is less convenient than living stateside. “There’s no Amazon two-day delivery,” she says. “Things move slower.”

That’s to say nothing of the time difference. Barros, who is self-employed, is already steeling herself to be eight hours ahead of many of her California-based clients—and she’s not planning to shift the time of the webinar she teaches at 5:30 p.m. Pacific Time once a month.

But all the trade-offs will be worth it, says Barros, who has done more than her fair share of research and remains extremely excited about her beachside move. Her visit to Portugal with her mother last year sealed the deal. “We both absolutely loved it,” she says. “I can see myself retiring there, and my mom retiring there.”

Barros financially supports her mother, who still lives in Brazil. She plans to eventually move her mom to Portugal, citing the impossibility of senior care back home and the unaffordable housing market. In the U.S., she says, she’d have no hope of buying a home for herself and for her mom—or retiring.  “But I can in Portugal.”

Both she and her mother speak fluent Portuguese, so they won’t face a language barrier. But most Portuguese people speak English anyway, says Barros. She’s also heard that Portuguese residents are unusually friendly to expats. Plus, she adds, “The weather is perfect, and it’s one of the safest countries in the world.”

She believes she’ll be far from the only American remote worker frequenting coffee shops; she says Americans flocking to other countries is a product of the U.S. economy right now. Political strife and 40-year-high inflation have sent some workers with flexibility packing their bags.

“People in the U.S. are frustrated that their money isn’t going as far as they thought it would,” she says. “They’re disillusioned. This is one alternative to explore—but certainly a very privileged alternative.”