Meet the retiree who spent $1.5 million to get a ‘golden visa’ in Portugal, but is still waiting on it a year later 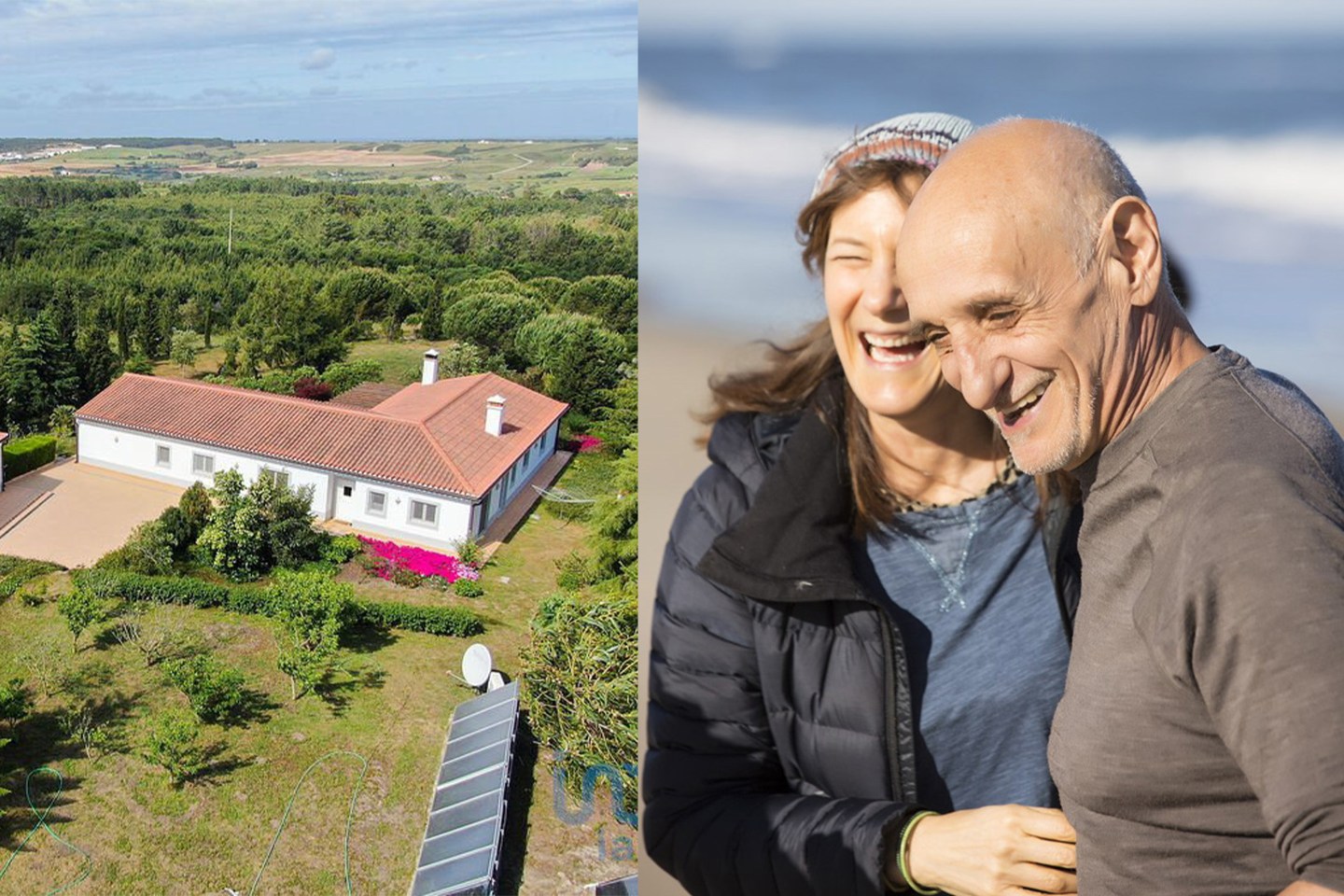 Amy Leavitt and her husband, Ralph Malerba, chose to retire in Portugal in part because of the beautiful weather.
Courtesy of Amy Leavitt

Name nearly any vegetable or fruit, and Amy Leavitt probably has it on her farm. She never worries about the temperatures dropping below freezing where she lives in the coastal town of Aljezur, Portugal, so her husband, Ralph Malerba, cultivates a grove of banana, hazelnut, grapefruit, mango, avocado, and papaya trees. The two also have a lush collection of raspberry, blueberry, and blackberry bushes growing alongside corn and carrots in their backyard.

In this idyllic life, Leavitt, 66, doesn’t have to rummage for stale Hot Cheetos in her pantry. If she’s hungry, she’ll go to the garden to graze before meandering over to the wild beaches only five miles away.

“We can go to Paris for the weekend or we can stay on our beautiful farm and be quiet,” Leavitt tells Fortune of her life in Portugal. “We can have neighbors over for wine and cheese at sunset. It’s just a very beautiful way to live.”

But this slice of paradise cost a pretty penny: $1.5 million. That’s the price the couple paid to apply for a golden visa in Portugal, a second passport that can lead to citizenship in another country through purchasing a home or investing in a fund.

Leavitt and her husband are two of many Americans who have been clamoring for golden visas as remote work became more accepted, socio-political tension in the U.S. increased, and the cost of living soared. Golden visas typically range anywhere from from €280,000 to €500,000, but the couple had enough money from selling their house in the U.S. to purchase a million-dollar property in Portugal.

When applying for a golden visa in Portugal, an applicant must first decide what investment type they’re looking for (either real estate or a fund), gather all needed paperwork, get a tax file number (also known as an NIF), and open a Portuguese bank account and fund your investment, according to Get Golden Visa. After golden visa holders renew their visas twice and live in the country for five years, they can apply for permanent residency or citizenship.

Portugal is one of the hottest destinations for this type of “residency by investment” program, according to Murat Coskun, managing partner of Get Golden Visa. It was the first European country to surpass the passporting firm’s threshold of 10,000 applicants in 2021.

Unlike most golden visa applicants who use their visa as a plan B and only live in the country a few weeks or months a year, Leavitt and her husband plan on staying full time in sunny Aljezur. But that dream hasn’t come without a few hiccups along the way—she’s still officially waiting for her golden visa.

Nearly a year ago, Leavitt and Malerba made the decision to wile away their retirement days overseas instead of on the Vermont farm where they lived on for decades. The upkeep and short growing seasons had become too much to manage for Malerba, who balanced farming with his career as a martial artist. Leavitt, who used to run a small financial planning firm and is now a voice and acting teacher serving on multiple boards, had vacationed in Portugal several times over the past decade.

After visiting friends in Portugal shortly before the COVID-19 pandemic began, they decided it was time to take the plunge. They applied for a D-7 visa in August 2021, which allows retirees or individuals with passive income to apply for residency in Portugal. That December, they closed on their $1.5 million Portugal oasis, basically an even swap with the Vermont farm they sold.

Buying the property made them eligible for golden visas for both themselves and their two adult sons, Leavitt says. They preferred to go the golden visa route in part because it was an easier way to get their whole family on the path to Portuguese citizenship.

But applying for the golden visa hasn’t been all wine, cheese, and smooth sailing. Leavitt explains that while Portugal has more lenient immigration laws for golden visas, it’s still not easy to navigate the system. Many expats have said it’s hard to deal with the local bureaucracy.

“The bureaucracy can be byzantine; to actually get something done. There’s very little quality control in the process,” Leavitt says. “You end up with somebody very good at one embassy or one appointment and then somebody at the next one who just says no.”

There’s also a backlog of people waiting for golden visas due to increased interest, so you might need an alternate visa like the D-7 (if eligible) while the paperwork is processed. Leavitt says the government changed the rules and restricted the location of properties that would qualify for the golden visa about a year ago, creating a bottleneck of applicants. She’s still waiting for her golden visa and expects it this fall. If all goes as planned, she should be getting her European passport within five years.

“Just be prepared for a year of intense paperwork and bureaucracy of immigration,” she advises.

‘A beautiful place to retire’

In the meantime, Leavitt and Malerba have begun to settle into their new home on their D-7 visa. “It’s a very mellow and gracious community that we have around us,” she says. “It’s been a stark contrast to the harshness and polarization that’s happening in the United States.”

Political strife in the U.S. is one of the main reasons that many Americans started to look into golden visas: Social and political unrest was the number-one reason people applied for a golden visa (42%), according to Get Golden Visa’s recent report.

The political climate was top of mind when Leavitt and her spouse chose to leave. “Politically, the temperature in the United States is quite high, and we were astonished at how different it was to come here and feel metabolically not affected by the pressures going on in the U.S.,” she says, “Our minds were actually clearer and sharper. We felt more connected to the U.S. politically, but just not as affected by it viscerally.”

But the actual climate was the main reason they headed to Portugal, so Malerba could farm year-round; popular warmer destinations for retirement in the U.S., like the Sun Belt, didn’t feel like the right fit for them.

“It fits us very well,” Leavitt says of Portugal. “And the abundant sunlight and the colors are amazing. I’ve never seen such vivid colors of the flowers.”

Plus, the growing acceptance of remote work has made it easier for Leavitt to retire abroad and not have to give up her work completely, she explains. She spends her days writing, voice coaching, and taking business Zoom calls, while her husband works in the garden. Portugal is “a beautiful place to retire,” she says, adding, “at our ages, to have so much dislocation is so positive.”

Life there is easy and costs less thanks to more affordable food, health care, and property taxes. While her U.S. property was around the same value as her Portuguese home, it cost Leavitt $12,000 a year in taxes. In Portugal, such taxes are under $1,200 annually. She also explains that you don’t need to be wealthy to obtain a D-7 visa; the income requirements are low.

Golden visas are a different story, but they’re becoming more accessible. They may be infamous for their high price point, but Coskun projects that global mobility is helping the luxury industry expand from the elite to the upper-middle class.

“We love it here,” Leavitt says. “We want to just use this as our base, explore Europe, and enjoy quiet days in a mellow climate on our farm.”