Turning ESG intentions into action: ‘The most important thing is to just get started’ 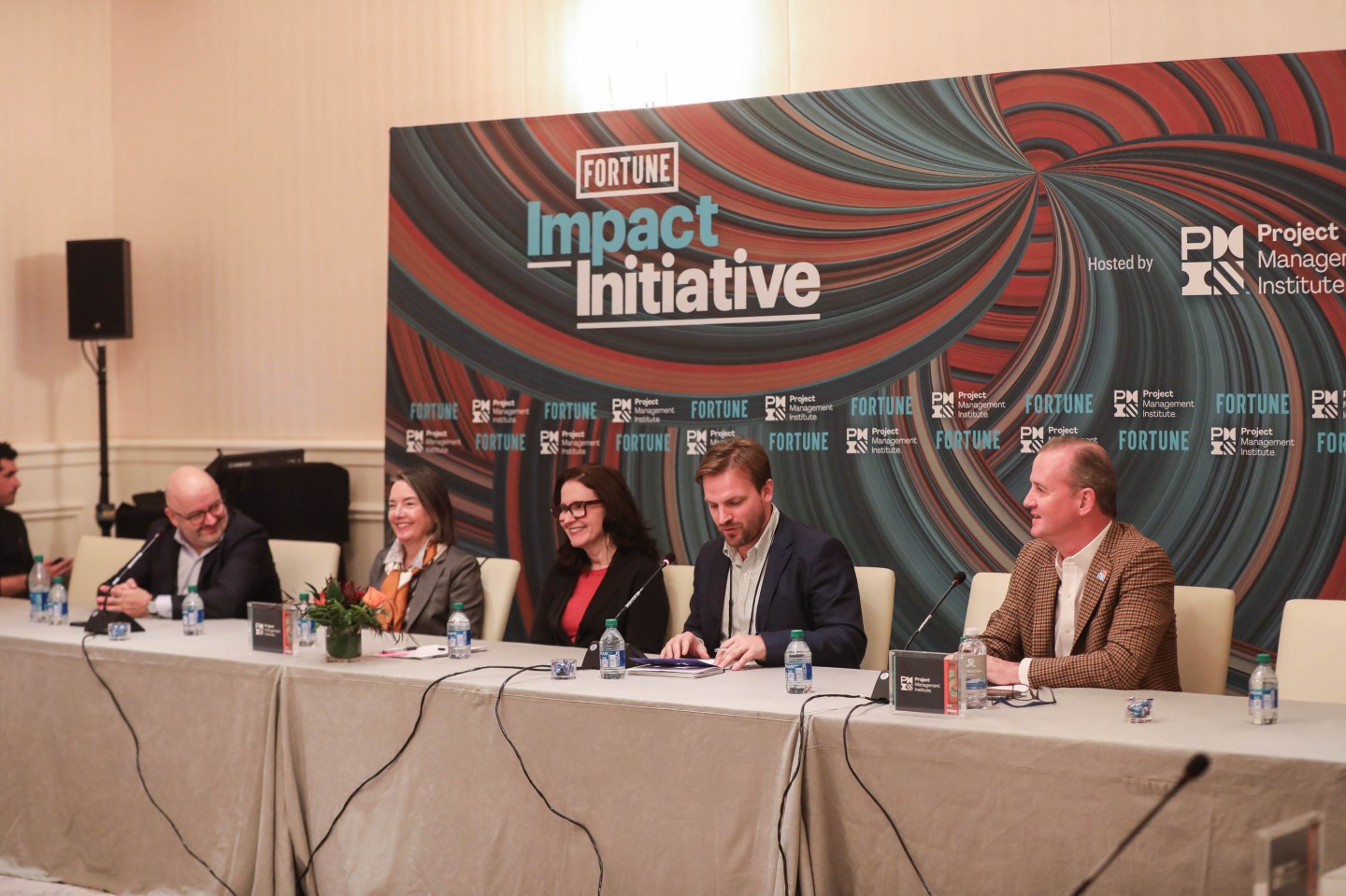 Two-thirds of global executives believe the COVID-19 pandemic provided a catalyst for increased action on corporate environmental, social, and governance (ESG) initiatives, according to recent research. But that same research, conducted by the Project Management Institute (PMI), indicates more than two-thirds don’t know where to begin.

At Fortune‘s Impact Initiative summit in Atlanta on Tuesday, executives discussed the myriad challenges companies face when implementing ESG policies, from political blowback to the difficulty in measuring success. One point all of the panelists were in agreement: Knowing exactly where to begin on ESG initiatives is less important than simply beginning.

Citing a separate IBM survey of C-level executives released earlier this year, Joe Cahill, chief customer officer at PMI, noted that 85% of surveyed business leaders say they have a sustainability strategy, but only 35% have begun implementing that strategy. “And when I was at [November’s United Nations Climate Change Conference, COP 27] just anecdotally talking to people, they said that 35% is probably very high,” Cahill said. “So there’s a bit of a credibility gap there.”

That gap between companies’ intentions and actions on ESG issues stems from difficulties quantifying the efficacy of ESG initiatives and determining which of the many issues that fall under the broad ESG umbrella—carbon emissions, loss of biodiversity, income inequality, boardroom diversity, etc.—to prioritize. Transparency and accountability also present major challenges, particularly as regulatory agencies like the SEC consider new rules that would require companies to disclose climate change risks associated with their operations.

Accountability is a data problem as much as a compliance problem, and one that’s not easily fixed, the panel agreed. Scope 3 emissions—carbon emissions not produced by a company itself or indirectly by assets it controls, but by other sources up and down its value/supply chain—are notoriously difficult to measure. “People need to feel assured that when we say we’re doing something that we’re actually doing it, and they can track that over time,” said Caroline Roan, chief sustainability officer and senior vice president for global health and social impact at Pfizer.

While meetings like COP 27 often conclude without the kind of sweeping global climate action that many would like to see, there has been significant movement toward standardizing global metrics for corporate climate governance.

“The point I took away from COP is that we’re building a system that companies need to get ready for,” said Peter Bakker, president and CEO of the World Business Council for Sustainable Development. “Most of us will have to set some form of science-based net zero targets. Eight and a half thousand of the biggest companies in the world have now done that; 15% of those companies have transition plans, and of those transition plans, only 7% are on track to deliver their 2030 halving-of-emissions type of targets. So the commitments are there, and that’s okay, but we need to get to a point where the companies will be asked to disclose the progress they’re making. The word that I took away from COP27 is the word ‘accountability.’ It’s now really at the forefront, and companies need to get ready for it.”

While climate change tends to dominate most ESG discussions, the COVID-19 pandemic and concurrent reckoning over inequality in the U.S. and elsewhere brought “social” and “governance” issues into sharp focus for many companies. “With social issues, there tends to be many different views about what good looks like versus something like climate, where we can agree on how to measure a ton of emissions and it is what it is,” said Kathleen McLaughlin, executive vice president and chief sustainability officer of Walmart.

But while navigating social issues may expose companies to political or societal backlash, major challenges in the social category—namely human rights, living wages, and future workforce skilling, all of which (aside from their obvious humanitarian facets) have supply chain implications—will also require companies to make plans and take action, Bakker said. “I would argue that mounting inequality is probably an even bigger crisis that climate,” he said, noting that a lack of societal cohesion leads to all kinds of unpredictable—and typically negative—outcomes for both people and companies. “Business has to be at the forefront on this.”

However companies choose to approach ESG, the best time to begin is now. Businesses that attempt to map the entire route toward net-zero emissions or utopian social harmony before setting out on the journey risk never setting out at all—and being left behind in the process.

McLaughlin related an anecdote about Walmart’s efforts to evaluate its environmental impacts and chart a responsible path forward, which included assessments by both Deloitte and McKinsey as well as conversation with the World Wildlife Fund, Environmental Defense Fund, and other climate-oriented groups with which the company collaborated on a number of sustainability initiatives.

The takeaway: “In conversations with them, they said ‘Look, the most important thing for you to do is just get started,’” she said. “‘Take action now.’”