After a major bribery scandal, giant auto union UAW looks ready to sack many leaders. That means your new car could cost more. 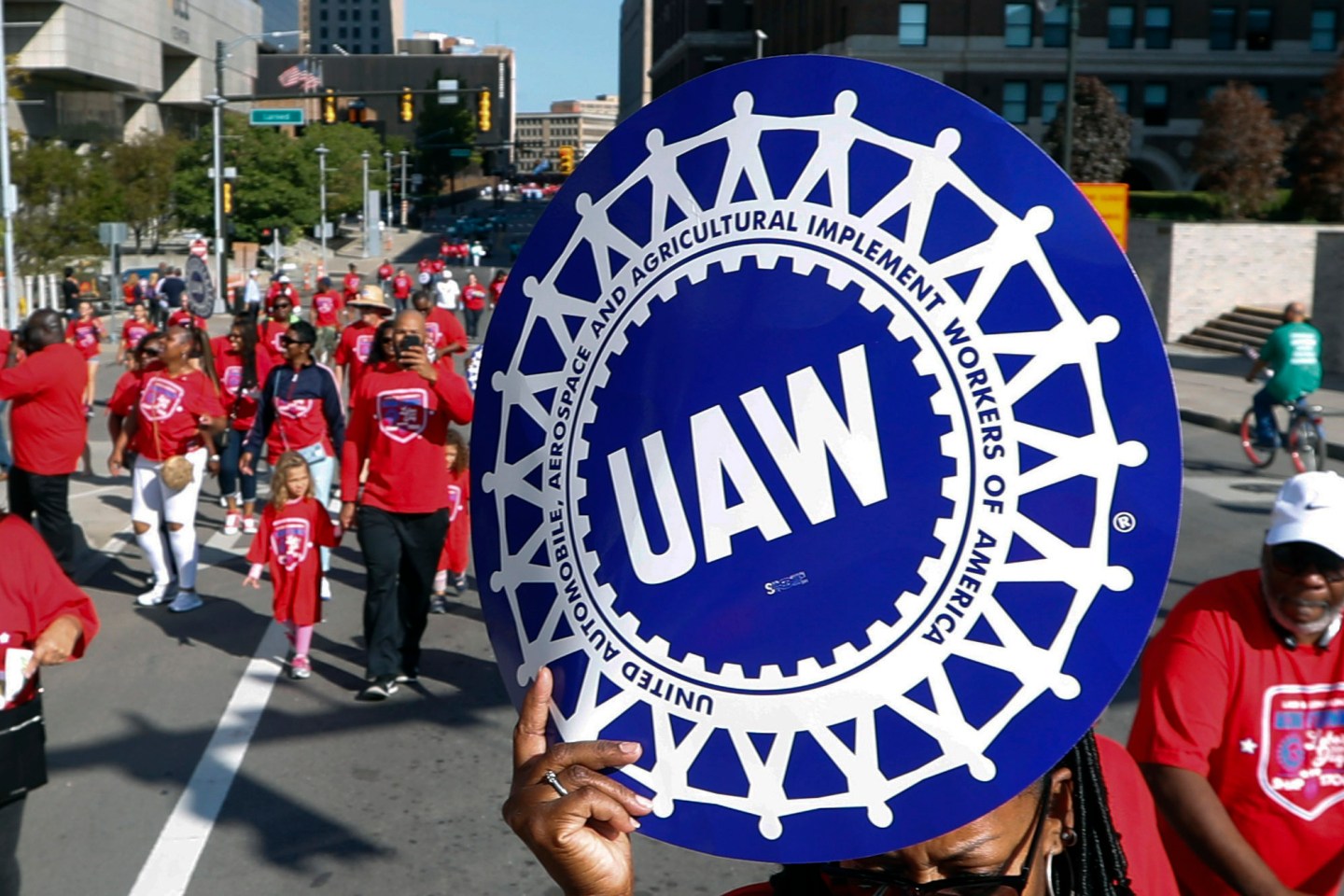 Members of the United Auto Workers union appeared on Thursday to favor replacing many of their current leaders in an election that stemmed from a federal bribery and embezzlement scandal involving former union officials.

Reform-minded candidates, many part of the UAW Members United slate, are leading or close in multiple key races with about 68% of the vote counted. Many challengers campaigned on rescinding concessions made to companies in previous contract talks, including cost-of-living pay raises, elimination of a two-tier wage and benefit system, and other items.

That could raise costs for Detroit’s three automakers — General Motors, Ford and Stellantis — and almost inevitably will drive up already expensive auto prices.

With tallies from six of nine UAW regions counted, incumbent President Ray Curry had a slim lead over Shawn Fain, an international union official who started at a Stellantis plant in Kokomo, Indiana, in a five-candidate race.

Curry had 38.6% of the vote, while Fain was second with 38%. There likely will be a runoff election early next year between Fain and Curry since neither had a majority of the votes.

In the race for three vice presidents, Rich Boyer and Mike Booth, both Members United candidates, are first and second in an eight-candidate field, followed by incumbent Vice President Chuck Browning. A runoff could happen there, too.

Margaret Mock, the Members United candidate for secretary-treasurer, had 62.6% of the vote to lead incumbent Frank Stuglin at 37.4%. Where tallies have been completed, candidates who campaigned on reforming the union also won three of nine regional director positions, with another heading to a runoff.

It wasn’t clear when the vote count would be finished. The ballots are being counted by a company hired by a court-appointed monitor who is overseeing the election and the union.

Fain led the Members United ticket, which campaigned on reforming the 372,000-member UAW after the scandal. The election also has broad implications for contract talks with the Detroit auto companies that start next year.

Fain has advocated for more of a confrontational stance and has accused union leadership of complacency. He has said the UAW has had a philosophy for 40 years of viewing automakers as partners rather than adversaries.

He said it’s too early to declare a winner but said in an interview Thursday that the early vote totals are “a loud and clear message to the companies and the businesses to get ready, we’re coming for you.”

The automakers, he said, are making making the best profits in their history, yet are closing factories and costing union jobs. He gave General Motors’ 2019 closure of its Lordstown, Ohio, assembly plant as an example, plus a lack of new vehicles for Stellantis’ Belvidere, Illinois, plant, which he said has lost 3,000 workers.

At a candidates’ forum in September, Fain said union leaders should have reversed concessions made starting in 2007 and should have won job security guarantees.

“We’ve had at least 10 years with perfect conditions for regaining and improving what was lost during the Great Recession,” he said.

The contract talks come at a critical juncture for the union, which faces a transition from internal combustion vehicles to those that run on batteries. With fewer moving parts, fewer people will be needed to make electric vehicles, and jobs making engines and transmissions could be shifted to battery assembly plants that might not be unionized.

The election came after union members last December decided to directly vote on leaders for the first time instead of having them picked by delegates to a convention.

Under the old system, convention delegates were picked by local union offices. But the new slate of officers was selected by the current leadership, and there was rarely any serious opposition.

A company hired by Monitor Neil Barofsky mailed out about 1 million ballots to active and retired union members. But only 106,790, roughly 10.7%, were returned.

The voting happened after 11 union officials and a late official’s spouse pleaded guilty in the corruption probe since 2017, including the two former presidents, Gary Jones and Dennis Williams. Both were sentenced to prison.

To avoid a federal takeover, the union agreed to reforms and Barofsky’s appointment to oversee elections of the 14-member executive board.

Curry, appointed in 2021 to replace retiring Rory Gamble to lead the union, said he has put financial safeguards and reforms in place and has plans to bring union members “back into greater days.” He said at the candidates’ forum that the union also has plans to recruit new members.