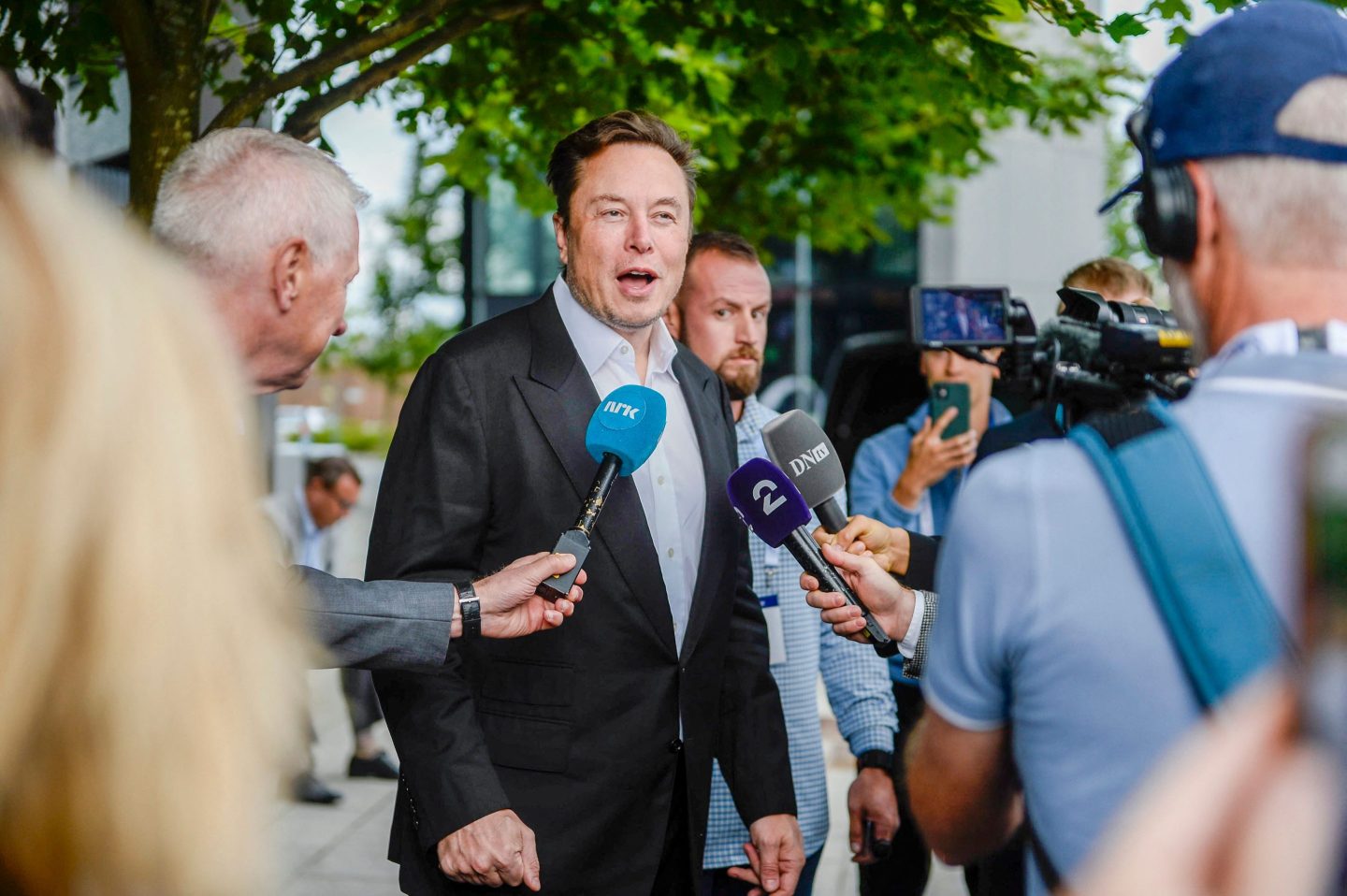 It’s difficult to pin the meltdowns at Twitter and FTX on just one factor, but Arianna Huffington, CEO of Thrive Global, has a contender: the obsession their respective CEOs, Elon Musk and Sam Bankman-Fried, have with the grind.

“The idea that humans are simply vessels for work and can be made as efficient as machines goes back a lot further than Silicon Valley—it’s what drove the Industrial Revolution,” Huffington, whose company focuses on moving away from burnout, wrote in an opinion piece for The Information this week.

That’s a great detriment to the CEOs who insist on espousing the idea: “Too many leaders still buy into the outdated notion that chaotic times require [being] always on, matching the frenetic pace of the moment.”

She points to the flurry of “stunning missteps” at Twitter since Musk took over, alongside the flood of staff departures and layoffs, as evidence of just how wrongheaded a hustle-culture approach can be. Perhaps the foolhardy decision-making Huffington described was best exemplified by Musk delivering an ultimatum via a 2 a.m. email to remaining Twitter staffers earlier this month, demanding they be “extremely hardcore” and work “long hours at high intensity,” and declaring that “only exceptional performance will constitute a passing grade.”

“Being a glow-in-the-dark genius doesn’t protect you against the effects of exhaustion on decision-making,” Huffington tells Fortune over email. “It’s the most conclusive proof we have that there is no burnout loophole for geniuses.”

The underdiscussed pitfalls to this work approach are what prompted Huffington to found Thrive Global in 2016. Having experienced intense burnout herself, Huffington made it her mission to ameliorate the rise-and-grind culture endemic to many tech companies and startups that valorize the “fast-paced” life.

“We’re in a crisis of purpose and meaning, not just burnout,” Huffington told Fortune in August, adding that bosses bear “tremendous” responsibility to set the tone for their team and encourage their well-being.

Look no further than Musk for an example of what not to do. Beyond just “inflicting an outdated way of working” on those left at Twitter, he is displaying the countless downsides of burnout and lack of sleep in his own personal decision-making, Huffington wrote: “The same Musk who has channeled his undeniable brilliance into revolutionizing how humans generate and use energy through technology is now ignoring the science of how humans generate and use energy themselves.”

Sam Bankman-Fried, the 30-year-old founder behind failed crypto exchange FTX, which filed for Chapter 11 bankruptcy earlier this month after failing to get bailed out after a liquidity freeze, isn’t much better. Though maybe not to blame for FTX’s stunning 48-hour implosion, the CEO’s proclivity to sleep inches from his desk on a beanbag chair is what Huffington calls a “cautionary tale.”

So how should leaders avoid Bankman-Fried’s and Musk’s mistakes? It starts with real leadership, which Huffington said isn’t about the quantity of the decisions one makes, but the quality.

“It’s not just about stamina, it’s about judgment. It’s about finding wisdom in the midst of uncertainty,” she said. “[And] standing steadfast as the hurricane swirls around us, not tilting with the breeze and amplifying the velocity of the winds.”