Race makes being part of the ‘sandwich generation’ much more complicated 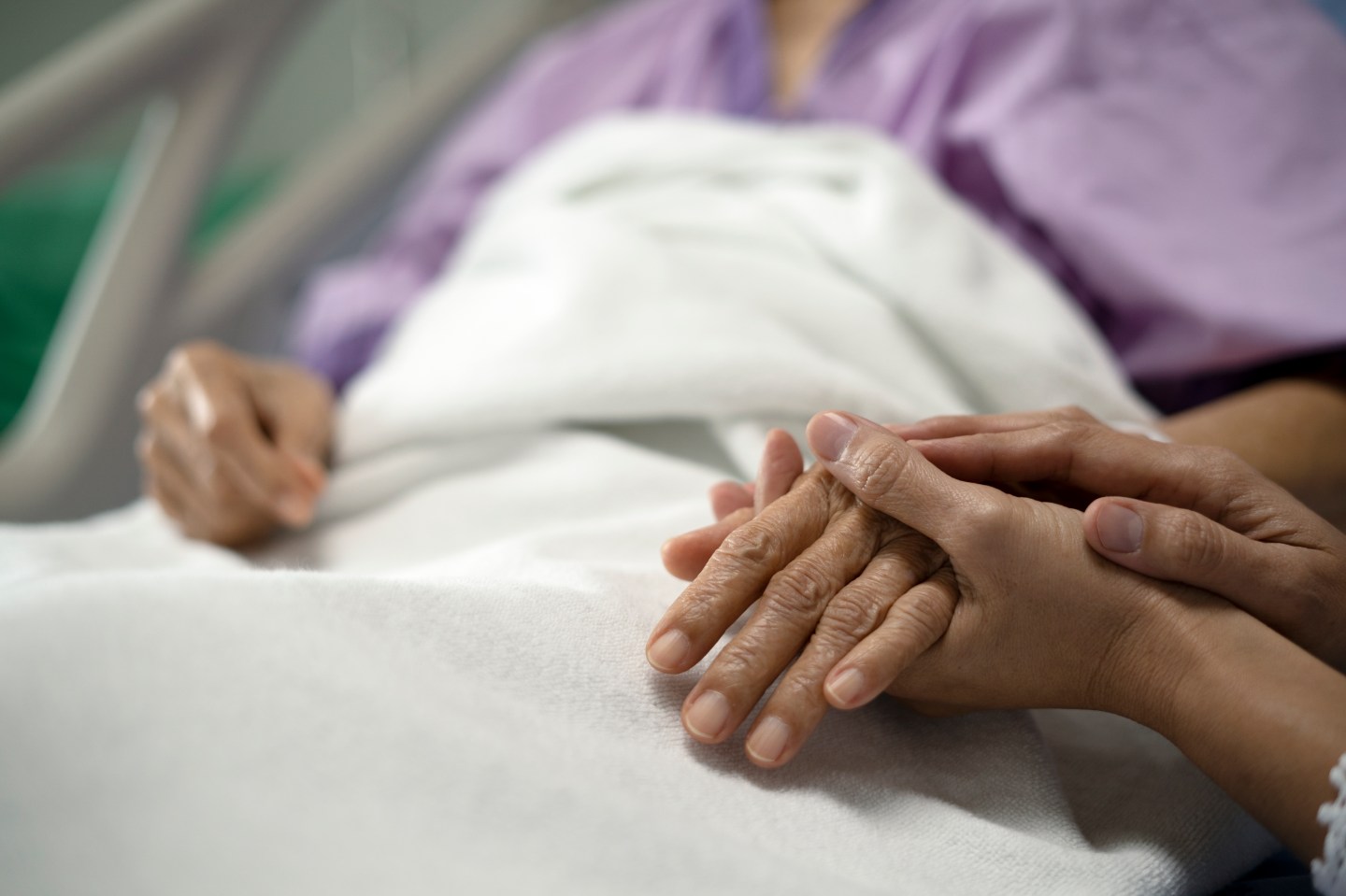 Navigating inequities and stereotypes in the legal, medical, and financial realms makes being a member of the "sandwich generation" more complicated for people of color.
Getty Images

My mother is slowly dying in the next room as I write this.

It’s been a long and painful decline over two years: first a fall and a hip break, then another tumble, and now after nearly 20 months of doing our very best to coax her to eat, move, and manage her fiery frustration, her tiny body is growing still.

These situations are always complicated, and mine is complicated in some familiar and unique ways.

Stories of people like me, often women, who are wedged between raising or financially supporting kids and caring for aging parents, always sound so straightforward when you read them on glossy pages or well-designed websites. A checklist here, a sidebar there, an inspiring true story of someone who figured it out. And yet, when you actually become part of the “sandwich generation,” as nearly half of all Americans in their 40s and a third of people in their 50s are, it feels like the loneliest place in the world.

Of course, the pandemic and the shocks to the economy are making it harder, and not only in the U.S.

Sandwichers who have been historically under-compensated because of race may be even more worried about taking care of elders with inadequate savings; for low-wage workers and the mostly people of color who work as caregivers themselves, there are very few real solutions.

As I follow the checklists and work the system—my mother finally qualified for Medicaid insurance last April, which saved the last of my dwindling savings—I have retained just enough bandwidth to note the weirdness of my own unique family.

See, my mom is white, as is my much older half-sister, whose substance use disorder had progressed so badly during the pandemic that I was forced to get court support to compel her into life-saving treatment. As was my mother’s husband, whose care I also managed until he died a year ago.

And because I am Black, I look nothing like them. As a result, it has become a daily exercise in explaining who I am to the people I desperately needed to help me help them.

When I ask for the information or service I need for my vulnerable elders, I sound very concerned, but also like a journalist—a person who writes checklists for a living and is prepared to give a complete narrative, talk to the person in charge, and record key next steps. But to the bureaucrats, judges, doctors, home health care techs, and case managers, I look like the help—and sound pretty bossy, at that—even when I repeatedly say otherwise.

It slows me down immeasurably.

It’s not that I don’t get the comedic possibilities. Quoting myself from a 2019 column:

About twelve years ago, my sister needed to be hospitalized, stat. I was there to help her check-in, a fraught exchange of questions and answers in a rapid-fire call and response: Symptoms? Insurance? Known allergies? Oh, and who is this woman who brought you?

And that was how I temporarily became a nun.

But being assigned a daily temp job as a health aide or cleaning woman has become familiar fare in the last two years, an experience that was jumpstarted when visiting my mother the first time she was hospitalized:

Like most of the aides, caregivers, and administrative assistants, I am Black. The occasional misidentification from patients who were in pain or without their glasses never bothered me much. Being ordered around or, worse, looked at in a certain tone of voice by their executive–class family members or men in white lab coats, well and surely did.

It makes the already hard job of being a good daughter so much harder. Nobody prepares you for the real challenges of sandwich generation life, but then again, nobody prepares you to be in your unique family, either.

But there have been some magic moments, too.

Last month, while I was sitting with my mom, who now mostly spends her time having confusing dreams that border on hallucinations, she conjured up an extraordinary memory. We’re hardcore New Yorkers, so they tend to feel like living history, and I enjoy them immensely.

“Did I ever tell you about the time your father and I snuck into an empty jazz club and watched Sidney Bechet rehearse?”

Well, that came out of nowhere.

My father was a lot of things, a World War II veteran in the segregated army, a product of the Great Migration, a social worker, an advocate for kids in Harlem, where I grew up, and a violent man who terrorized our home for the better part of a decade. But that singular image changed my sense of my parents in a way that’s impossible for me to adequately describe.

What she said next astonished me.

They were out and about in the city one afternoon when they heard this amazing music coming from a jazz club (she forgot the name) and tried the door. It was open! And then they tiptoed in, laughing and shushing themselves, and took a seat at a table in the back. It was the band rehearsing …it was Sidney Bechet! It felt like a private concert, and they couldn’t believe how lucky they were. Bechet even nodded to them! And it was just the best memory. EVER.

She beamed at me. I sat in silence. I had no sense of my parents ever getting along, let alone having fun. It was a surprising view into my own origin story that I could barely reconcile.

Finally, I said, “Wow, Mom, I had never heard that story. I had no idea Daddy liked, you know…” I trailed off, imagining all sorts of things.

My mother’s eyes narrowed, and a familiar glint crept into her ice-blue eyes. “That guy?” she said. “Your father? Oh GOD, no, no, no.” She began to laugh and took a sip of water.

“That wasn’t him. He wasn’t any fun at all. That was your sister’s father.”

Wishing you a happy time with your own complicated families. We are so grateful for you. RaceAhead will return on November 29.

“We spend precious hours fearing the inevitable. It would be wise to use that time adoring our families, cherishing our friends, and living our lives.”