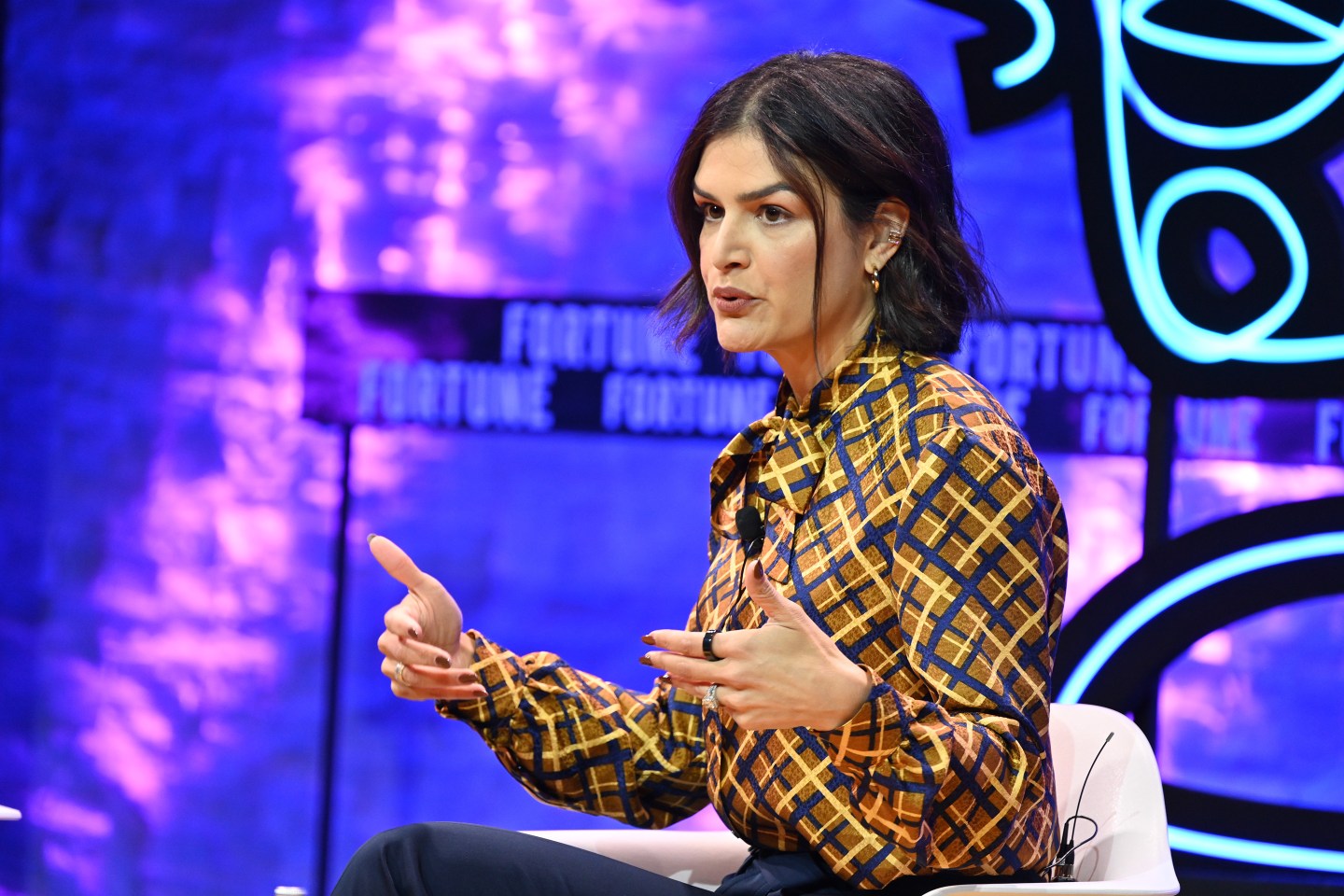 Good morning, Broadsheet readers! Elizabeth Holmes is sentenced, Wimbledon changes its dress code, and WeightWatchers CEO Sima Sistani has a plan for how to pivot. Have a productive Monday.

– Ready to pivot. Sima Sistani is known in Silicon Valley as the founder of the pandemic-favorite social video app Houseparty. After Epic Games acquired her business in 2019, she took on an executive role at the gaming company before assuming the CEO post at WeightWatchers in March.

Going from gaming to an almost 60-year-old weight loss platform might seem like an odd pivot. But Sistani says she accepted the role to help WeightWatchers bring its traditional in-person communities online. The community aspect has always been at the forefront of the WeightWatchers experience, she says, but the app-based version of the program focuses on counting points and less on connection. “The throughline of all these experiences is digitizing social connection,” Sistani told me last week at Fortune Most Powerful Women Next Gen Summit, her first live interview since stepping into the CEO job.

However, digitizing communities brought together through weight loss is trickier than gathering friends. The conversation around weight and wellness is fast evolving, with many encouraging a “health at every size” approach. Case in point: WeightWatchers went through a well-publicized rebrand as “WW” in 2018 but has started using its original name again. “The onus is on us to change the stigma associated with the word ‘weight,'” Sistani said onstage.

Sistani has used WeightWatchers herself, relying on the platform to lose 60 pounds after the birth of her first child. But she said nutrition and discussing its effect on health and body image aren’t new to her because her mother is a dietician with a degree in food science.

At WeightWatchers, she’s balancing improving the digital experience for users who love the platform with not pressuring those who don’t want to lose weight to do so. “Body positivity is amazing. But there’s a false dichotomy that we have to be at odds,” she said. “The undercurrent in all those conversations is shame—shame for gaining weight, shame for losing weight, shame for loving the body you’re in, shame for wanting to change that body.”

But WeightWatchers’ stock is trading below $5, and customer acquisition is necessary. Sistani said the business is profitable but has not exhibited growth, so investors have valued its share price so low. Rather than rely on marketing, which consumers can read as pressuring people to use WeightWatchers and lose weight, she plans to improve the product so people who are already looking for weight-loss support will hear about it from their friends. “That’s a big pivot from the way we’ve potentially shown up in the past,” she said. “If this is something you choose,” she added, “we’re here to support you.”

Keep reading below for more from last week’s MPW Next Gen.

MORE FROM MPW NEXT GEN

- Prepare, prepare, prepare. Ancestry CEO Deb Liu advises leaders to avoid being "reactionary" during a downturn. The former Meta executive believes companies that best prepare for the economic climate will come out on top. Fortune

- Overcoming expectations. Daniella Pierson, founder of the media platform the Newsette and the Selena Gomez cofounded mental health startup Wondermind, shares her journey from "bad student" to startup founder. "I was basically the poster child for someone not to believe in," she says. Fortune MPW

- Another kind of CEO. Casper CEO Emilie Arel was once told that "CEO" stands for "chief emotional officer." She says the tongue-in-cheek acronym is accurate because employees pick up on emotional cues from their leader. Fortune MPW

- Back again. In a stunning move, Disney's board of directors ousted Bob Chapek as CEO and brought back longtime chief Bob Iger. "As Disney embarks on an increasingly complex period of industry transformation, Bob Iger is uniquely situated to lead the company through this pivotal period," Disney's board chair Susan Arnold said in a statement. CNBC

- Sentence is in. Elizabeth Holmes was sentenced to just over 11 years in prison on Friday for defrauding investors through her failed blood-testing company Theranos. Holmes plans to appeal. New York Times

- White House wedding. Naomi Biden, the granddaughter of President Joe Biden, married Peter Neal at the White House on Saturday. The wedding was the first for a presidential daughter (or granddaughter) since Jenna Bush's in 2008. CNN

- How she did it. Rep. Karen Bass's victory in the Los Angeles mayoral race wasn't a typical win. She overcame a $100-million campaign by billionaire candidate Rick Caruso. Here's how she did it. Los Angeles Times

- Focus on playing, period. Wimbledon has always required tennis players to adhere to an all-white dress code. The tournament will now allow women to wear colored undershorts beneath their white attire to reduce anxiety and increase comfort for players on their periods. Yahoo Sports

"Every time I thought about not adapting it...I felt very jealous."

- Writer Taffy Brodesser-Akner on why she adapted her novel Fleishman Is in Trouble for the screen herself.