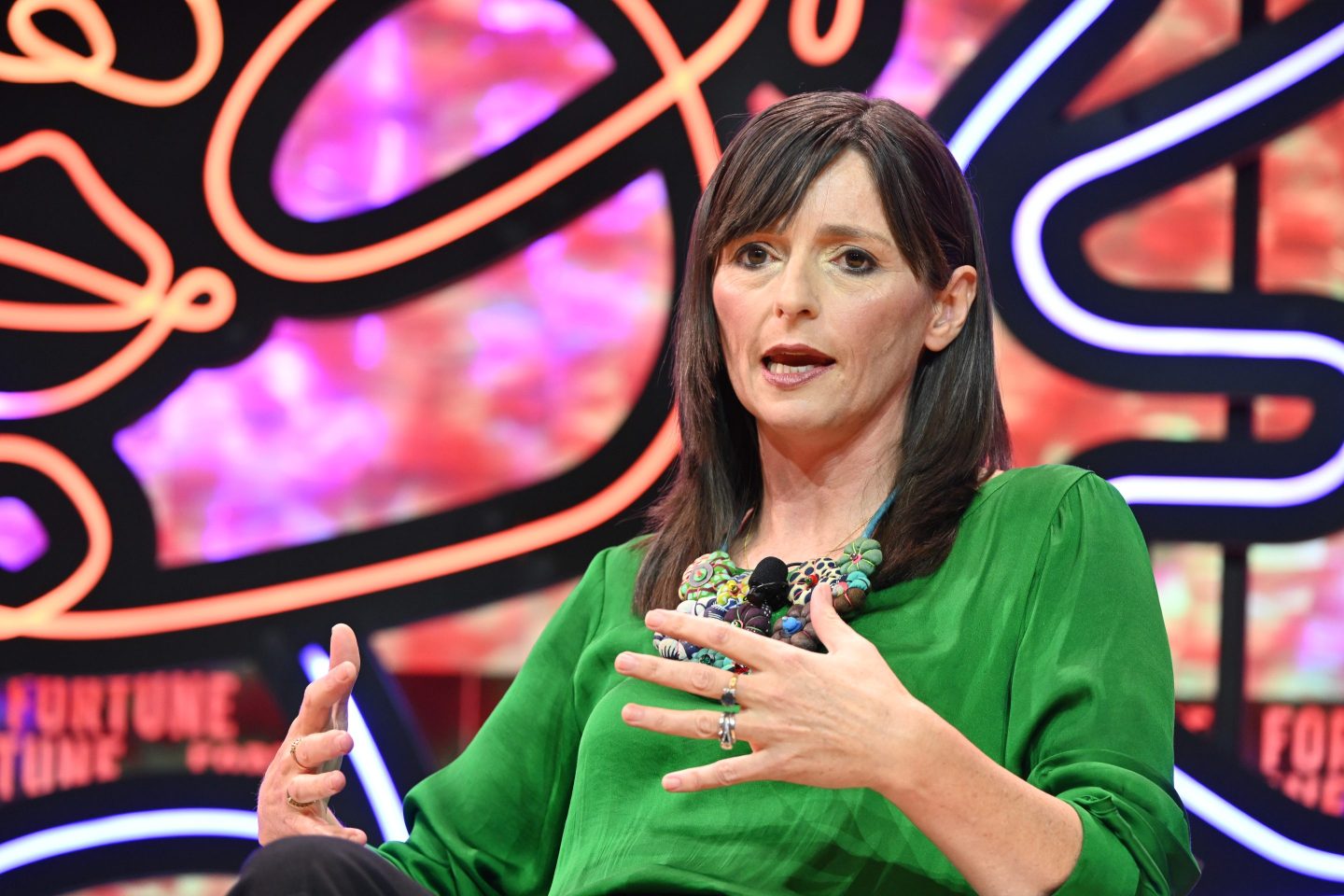 Sarah Harden at MPW Next Gen 2022.
Stuart Isett for Fortune

Reese Witherspoon founded production company Hello Sunshine in 2016, in partnership with Otter Media, where Sarah Harden was president at the time. Harden is now Hello Sunshine’s CEO, but that’s not how she refers to herself.

The CEO of a media company has a more distinct title: “Condition Setter-in-Chief.”

“What conditions do we need in place? What conditions do we need to set for the next five years of our company? What are our culture and values?” These are the questions Harden says she asks herself, she shared at the Fortune Most Powerful Women Next Gen Summit in San Diego on Wednesday. “We’re very intentional around that, and that’s what led us to become a part of Candle.”

“For decades, we structurally undervalued women’s stories, yet we represent audiences everywhere,” Harden told Fortune senior writer Emma Hinchliffe. “Not only did [Hello Sunshine] feel like a huge business opportunity, but [Witherspoon], who has had a prodigious career, wants to leave business better than she found it.”

Amid a rapidly evolving media landscape, Harden has spent the past five years attempting to build Hello Sunshine into a brand for the future. “We’re in the show, not tell, business,” she said. “We have to create something where audiences show up.”

While Harden, and Witherspoon, speak often of Hello Sunshine’s core tenet—telling women’s stories—representation alone is not enough, she said: “We need authentic authorship and power.”

It’s not easy to predict what kind of media will resonate with people, but Harden continually bets on women-led narratives.

She cited Where the Crawdads Sing, a book written by first-time fiction author Delia Owens in her sixties, as an example. Witherspoon selected it as her Book Club pick in 2018—it went on to sell 12 million global copies—and Hello Sunshine and Sony Pictures brought it to theaters earlier this year. Harden said the movie saw 130 million sales at the box office.

“We knew women would come see that movie and they showed up,” Harden said. “We’re so proud of that, and it paves the way [for] studios who are now thinking, ‘Oh, maybe women will come to theaters.’”

It’s not just theatrical releases; streaming, too, has unlocked global audiences for Hello Sunshine’s content, Harden said, which has been “truly wonderful.”

“You’ve got to be in the middle of a very potent social conversation when you launch any piece of content,” she added.

Women’s empowerment is not doing enough

Harden regularly speaks with other female executives and founders, she said, and she’s come to view the conversation around women’s advancement as gaslighting.

“The data is not changing quickly enough,” Harden said. “I want the data to change. This empowerment feminism is not delivering in meaningful ways to women. People say…women should be happy with what [they’ve] gotten—no!”

With Hello Sunshine, Harden hopes to change the narrative for women, and by spotlighting more women’s stories, to open up more opportunities.

“Success begets success,” she said. “What I want in the next 10 to 15 years is to look at data and see our stories match the audiences showing up to consume them. I’m optimistic because I see so much incredible work going on in the industry. But we’ve got to hold accountability really high, look at underlying data, and be heads-down doing our part.”