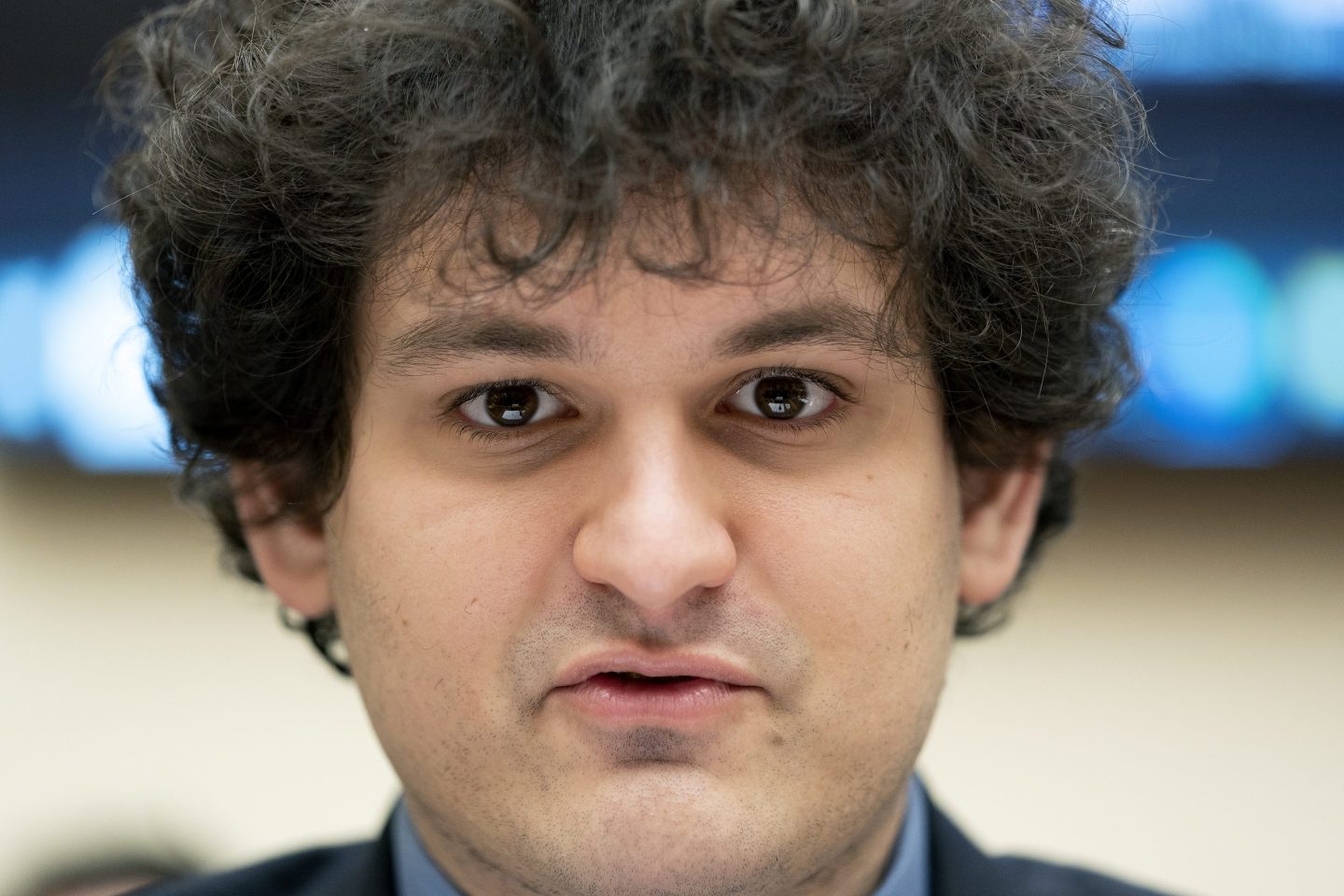 “Let’s say there’s a game: 51%, you double the Earth out somewhere else; 49%, it all disappears. Would you play that game? And would you keep on playing that, double or nothing?”

The vast majority of us would not take the risk of playing that game even once. After all, it seems morally atrocious to take a 49% chance of all human civilization disappearing, for a 51% chance of doubling the value of our civilization–essentially a coin flip.

Yet when asked exactly that in a March 2022 podcast with Tyler Cowen, Sam Bankman-Fried (SBF) was quite willing to play that game–and keep playing it, over and over again. Cowen asked SBF about the high likelihood of destroying everything by going double of nothing on a series of coin flips. SBF responded that he was willing to make this trade-off for the possibility of coin-flipping his way into “an enormously valuable existence.”

Listening to that podcast made me realize that this high-risk, high-reward decision-making philosophy is what made his wealth possible–but also fragile. Indeed, he was worth $26 billion at the peak of his wealth. He was the golden boy of crypto: lobbying and donating to prominent government figures, giving high-profile interviews, and rescuing failing crypto projects. In fact, he was nicknamed crypto’s J.P Morgan.

His decision-making philosophy worked out for him–until it didn’t.

FTX filed for bankruptcy on Nov. 11, along with 130 other entities associated with it. That filing stemmed from the revelation of some very shady bets and trades, which led to a run on the exchange and federal investigations for fraud.

SBF resigned as CEO as part of the bankruptcy filing. His wealth–all tied up in FTX and related entities–shrank to near zero. His coin-flipping luck finally ran out.

As his financial empire was collapsing, SBF tweeted: “I f**ked up… a poor internal labeling of bank-related accounts meant that I was substantially off on my sense of users’ margin.”

Certainly, we shouldn’t simply take SBF’s word for the situation at hand, given the circumstances. Yet at least the atrocious book-keeping part of the explanation and excessive optimism about user funds is supported by the only external investigation of the matter so far.

Binance, the world’s biggest cryptocurrency exchange, originally offered to buy out FTX as it was collapsing. However, after taking a look at FTX’s books, Binance saw that the problem was too big to solve. Binance backed out, citing revelations of “mishandled customer funds” and describing “the books” as “a nightmare” and “a black hole,” according to a person familiar with the matter.

Messing around with customer funds is a big no-no. The Securities and Exchange Commission (SEC), Commodity Futures Trading Commission (CFTC), and Department of Justice (DOJ) are all investigating FTX’s handling of customer funds. Specifically, they’re examining whether FTX followed securities laws related to the separation of customer assets and trading against customers.

Reuters has reported that SBF built what two senior employees at FTX described as a “backdoor” in FTX’s book-keeping system, created using bespoke software. This backdoor enabled SBF to execute commands that would not alert others, whether at FTX or external auditors. The two sources told Reuters that SBF allegedly “secretly transferred $10 billion of customer funds” from FTX to SBF’s own trading company, called Alameda Research.

In conversations with investors, SBF reportedly described his decision to loan $10 billion to Alameda as “a poor judgment call.” This coin flip landed on the wrong side. Double or nothing turned into nothing.

The underlying story here is of a fundamental failure of compliance and risk management. The inner circle of executives at FTX and related companies such as Alameda lived together at a luxury penthouse and had very strong personal and romantic bonds. Fortune spoke to several former and current employees at FTX who described the inner circle as “a place full of conflicts of interest, nepotism, and lack of oversight.” Naturally, this context of personal loyalty at the top makes it hard to have any oversight and risk management. It allows things like secret software backdoors, shady bookkeeping, and mishandling of client funds to flourish.

Such nonchalance toward risk management stems fundamentally from SBF’s decision-making philosophy of high-risk, high-reward bets. SBF is unquestionably a visionary and financial genius. One of the most prominent venture capital firms in the world, Sequoia Capital, invested $210 million in his company and a partner at the firm said that SBF had a “real chance” of becoming the world’s first trillionaire. Yet it ignored the serious dangers of SBF’s decision-making philosophy.

SBF is not the only multi-billionaire who ignores risk management and oversight. Consider Elon Musk’s approach to Twitter.

After taking over the company, he fired the vast majority of the existing executive team, as well as the Board, and replaced them with a select inner circle loyal to him. Then, he started experimenting with various Twitter features, most notably selling blue checkmark verification badges for $8 a month without any mechanism for confirming a user’s real identity.

Previously, Twitter only offered verification–for free–to those who had some public status and could prove it. After Musk’s offering, thousands of new accounts popped up with a blue checkmark impersonating real people and companies, such as an account that looked like Eli Lilly claiming that insulin is now free. Musk seemed very surprised by this outcome, and paused the paid blue checkmark program in response.

The outcome of introducing paid blue badges was clearly predictable. Yet there was no meaningful risk management and oversight check on Musk’s actions, just like there was none over SBF.

SBF’s misdeeds also harm the many worthwhile charitable causes to which he donated, such as pandemic preparedness. A committed philanthropist who already gave away many millions focusing on evidence-based charities, SBF raised hopes for inspiring billionaires to give away their wealth rapidly, just like MacKenzie Scott. However, many charity projects to which he promised funding are now in limbo, with their funding withdrawn. The employees at SBF’s granting organization, the FTX Future Fund, resigned due to the revelations of misdeeds at FTX, saying they are concerned about the “legitimacy and integrity” of SBF’s business operations that were funding the grants.

Such harmful consequences resulting from a lack of oversight and risk management highlight why it’s critical for founders to have someone who can help them make good decisions, manage risks, and address blind spots.

Risk managers need to be in a strong position, able to go to the Board of Directors–which needs to have true control over the CEO, and not have the CEO able to fire the Board, as did Musk. When I serve clients in this role, I insist on being able to access an oversight body as part of my consulting contract. I almost never need to use this option–but having it available helps me rein in the double-or-nothing impulses of brilliant founders such as SBF or Musk, since they know I have that option.

If you’re deciding to make an investment with a seemingly brilliant entrepreneur, do your due diligence on risk management and oversight. If it seems like the entrepreneur has no one able to rein in their impulses, be wary. They will take excessive risks and you’re gambling rather than investing your money wisely.

Gleb Tsipursky, P.h.D, is the CEO of the boutique future-of-work consultancy Disaster Avoidance Experts. He is the best-selling author of seven books, including Never Go With Your Gut: How Pioneering Leaders Make the Best Decisions and Avoid Business Disasters and Leading Hybrid and Remote Teams: A Manual on Benchmarking to Best Practices for Competitive Advantage. His expertise comes from over 20 years of consulting for Fortune 500 companies from Aflac to Xerox and over 15 years in academia as a behavioral scientist at UNC-Chapel Hill and Ohio State.