Staff shortages are crippling childcare centers across the U.S., and that’s only the beginning of the problem 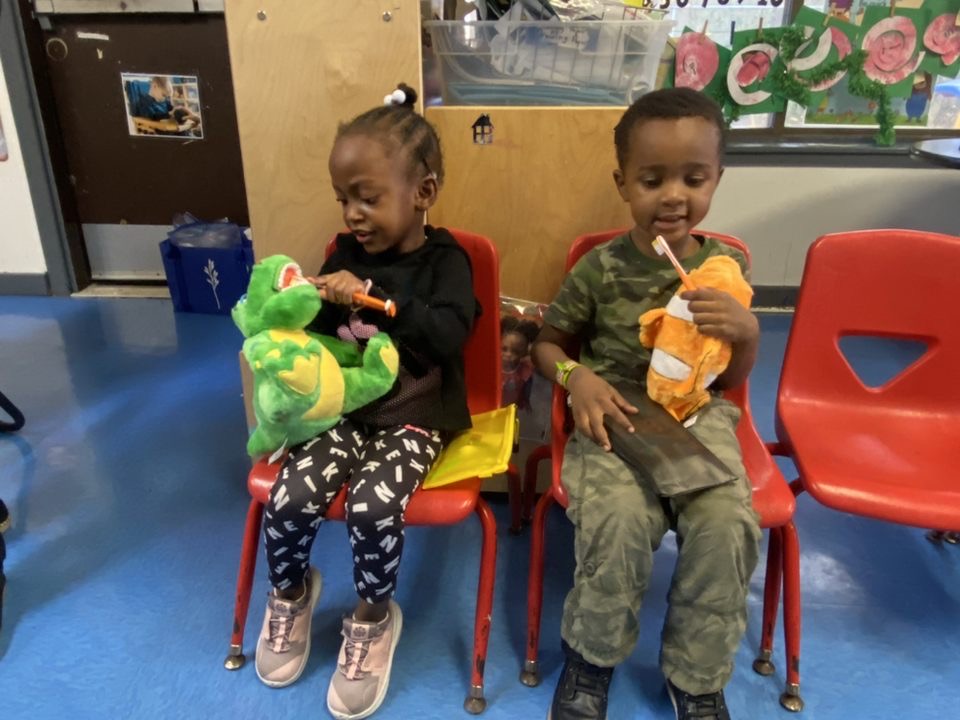 Office occupancy is at nearly 50%, which means many parents are scrambling to find childcare to comply with in-office mandates. But many are running into long waiting lists and limited options.

Seven in 10 childcare centers don’t have as many open slots as they’d like right now. The primary reason? They can’t find enough staff.

That’s according to a new survey of over 13,000 U.S. childcare workers released Tuesday by the National Association for the Education of Young Children (NAEYC). “There is limited supply because there is limited staff,” Michelle Kang, NAEYC CEO, said in a statement.

The current crisis in the childcare industry has been building for decades and was arguably in free fall well before COVID-19, as Fortune details in its new podcast focused on childcare, Where’s My Village? But unlike other industries, childcare has yet to fully recover even now in the wake of the pandemic’s surge.

At many centers, staffing shortages not only mean fewer children can attend and longer wait lists, but 65% of teachers and directors are taking on multiple roles to fill the gaps and keep as many children enrolled as possible, according to the NAEYC survey.

“No one’s okay. No one is fully staffed. The people who are there are stressed out,” says Sarah Siegel Muncey, cofounder of Neighborhood Villages, a Boston-based childcare nonprofit that advocates for early education and care policy reform.

The current staffing crisis is only the beginning of the problems

The staffing crisis is creating a domino effect, leading to more burnout and more childcare workers leaving the industry for jobs at places like Target and Amazon where employees can make more than $20 per hour as a starting wage. Muncey argues childcare needs to be given the same consideration as public schools.

“If we saw a high school principal washing nap mats or cutting strawberries or plunging a toilet, we would be furious,” she says. Yet childcare teachers, directors, and owners regularly take on those extra duties. The low pay, lack of respect, and challenging working conditions all make it hard to stay in the field, Muncey says.

And while the current crisis sounds bad, unfortunately, it could get a lot worse. Most childcare providers—eight out of every 10 licensed childcare centers nationwide—received additional government money during the pandemic. This funding, part of federal relief packages like the American Rescue Plan, was funneled to states, which have until 2024 to use up the money. But the well is expected to run dry much sooner. Nearly a quarter of childcare providers predict federal and state relief funds will end in January 2023, while another 40% believe funding will be cut off sometime later that year, according to the NAEYC survey.

The money has mostly been used to subsidize rising staff wages and operating costs. “The stabilization grant has definitely allowed us to make it through 2022,” says Dawn Blalock, co-owner and program manager of Little Miracles Early Development Center in Columbus.

And while this workforce desperately needed the raises—childcare workers, who are predominantly women and women of color, are among the lowest paid employees—the hikes have come at a fast and furious pace in an effort to keep up with minimum wage increases in fast food and retail. Once the funding runs dry, most childcare directors aren’t sure how they’ll afford to pay staff.

“It is tenuous. We’re nervous about once 2023 hits,” Blalock recently told Fortune. “Before [the pandemic], we were at a place where we were confident. There was never even a thought that we may possibly close. And now every day it’s one of those things where we just don’t know. We just don’t know.”

Currently Blalock says she has about 50 children in regular attendance, but when fully staffed, the center has the capacity to serve 90 kids. Still she is struggling to find teachers and staff to operate the classrooms—and she’s not alone.

Nearly half of childcare center directors report that when the grant money runs out, they will be forced to raise prices. In a majority of states, childcare expenses for two kids is already more than the average family’s housing costs and in-state tuition at a public university. The average annual cost for childcare nationwide is approximately $10,600 per child, according to nonprofit Child Care Aware of America (CCAoA).

But perhaps even more alarming, nearly a quarter of directors predict the loss of funding will lead to more staff quitting because they will need to cut wages or be unable to compete with other offers—further exacerbating the scarcity issues facing working parents and businesses.

Fewer childcare options means fewer working parents—particularly women who are disproportionately affected when childcare is unavailable or too expensive. But the lack of quality early childhood education has long-term economic effects as well.

Research shows that most children who have early childhood education, on average, perform better at school than nonparticipants. That means children are less likely to need to repeat grades, which is actually the most expensive thing that happens in K–12, Muncey says. “A grade repetition literally means that you have to teach that kid for an extra year. It’s expensive,” she adds. If U.S. schools could drastically reduce the number of grade repetitions, it could cut education expenses or free the money up for additional support or programming.

State and local programs have been working to step in and provide more consistent support, but many of the new initiatives are still in early stages. New Mexico voters, for example, approved a ballot measure last week that will open up funding from state oil and gas revenues to go toward early-childhood education and universal pre-K.

“We need to keep going at this from all directions. And we do eventually need the federal government to come in,” Muncey says.