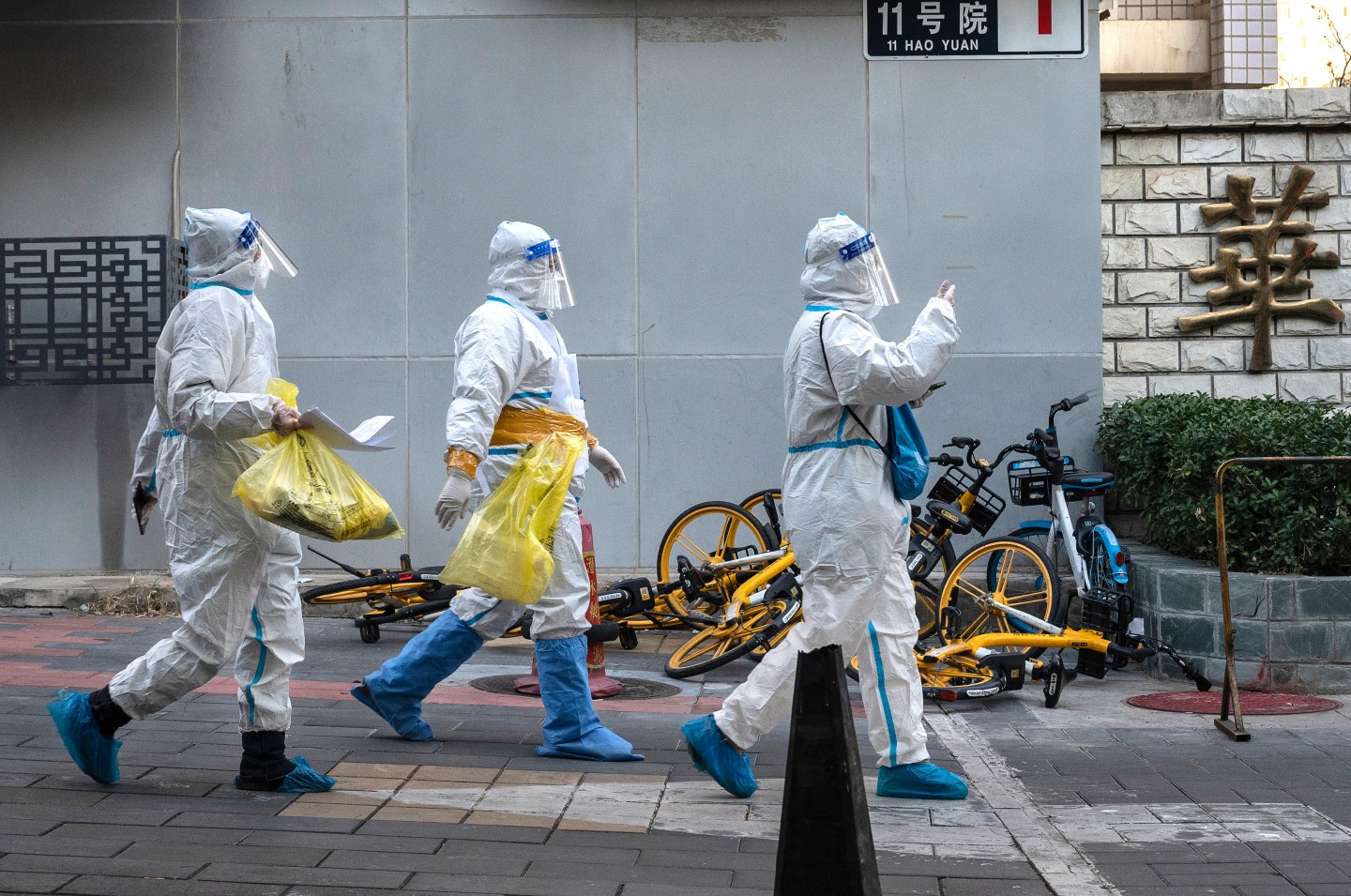 A dialect spoken in southern China is helping people discuss their anger at ongoing COVID restrictions without their social media posts falling prey to Chinese censorship.

China has taken one of the world’s strictest approaches to handling the coronavirus, and unlike most countries, it is continuing to pursue the elimination of COVID-19 from its population.

Earlier this year, Shanghai was forced into a lockdown that lasted two months, with the city reopening in June before reinforcing strict measures in some of the city’s districts in October.

But Chinese citizens are taking an unusually vocal stand against officials as the pandemic has trudged on and residents’ freedom has remained at the mercy of the virus.

As China’s draconian measures have ebbed and flowed, residents have been seen protesting, attacking health officials enforcing the shutdowns, and screaming from the windows of the apartments in which they’ve been trapped.

While some evidence of the pushback has been shared on Chinese social media platforms, the government’s censors have worked to quickly eradicate criticisms of its controversial zero-COVID strategy from circulation.

However, residents of Guangzhou—a manufacturing city close to Hong Kong with a population of more than 10 million—have found that using their regional dialect on Weibo, China’s answer to Twitter, has helped them vent their frustrations.

Guangzhou has seen restrictions tightened in recent days as cases of COVID have ticked upward, prompting concerns and complaints from the city’s inhabitants.

Locals speak Cantonese, which is distinctly different from Mandarin, China’s official language. Mandarin speakers—and censors—may have some trouble understanding Cantonese slang, obscenities, and wordplay, and it appears the differences have helped some complaints about COVID restrictions evade Chinese content controls.

“We had to lock down in April, and then again in November,” one Weibo user from the city said in a post on the platform on Monday. “The government hasn’t provided subsidies—do you think my rent doesn’t cost money?”

The individual went on to use slurs and insult officials.

“Watching Cantonese people scolding [government] on Weibo without getting caught,” another reportedly wrote, alongside characters that symbolize laughing. “Learn Cantonese well, and go across Weibo without fear.”

Media monitoring organization China Digital Times, which is associated with the University of California, Berkeley, said in September that because Weibo’s censorship system might have difficulty recognizing Cantonese spellings, many posts that feature “spicy, bold and straightforward language” were able to “survive.”

“But if the same content is written in Mandarin, it is likely to be blocked or deleted,” the organization said. “In this regard, some netizens commented that Cantonese text is ‘contemporary encrypted text.’”

“Every place must protect its own language, so that it will not be deleted when it wants to speak out,” one Weibo user said in a post highlighted by China Digital Times.

As well as sparking frustration and fear among its population, China’s approach to COVID-19 has set off widespread concerns about the global economy and a rare criticism of the Chinese government from the WHO itself.

“When we talk about the zero-COVID strategy, we don’t think it’s sustainable considering the behavior of the virus now and what we anticipate in the future,” WHO Director-General Tedros Adhanom Ghebreyesus said in May. His comments were reportedly censored on Chinese internet platforms.

Last week, China reiterated its commitment to the zero-COVID policy, with its top leadership body calling for unwavering support of the strategy.