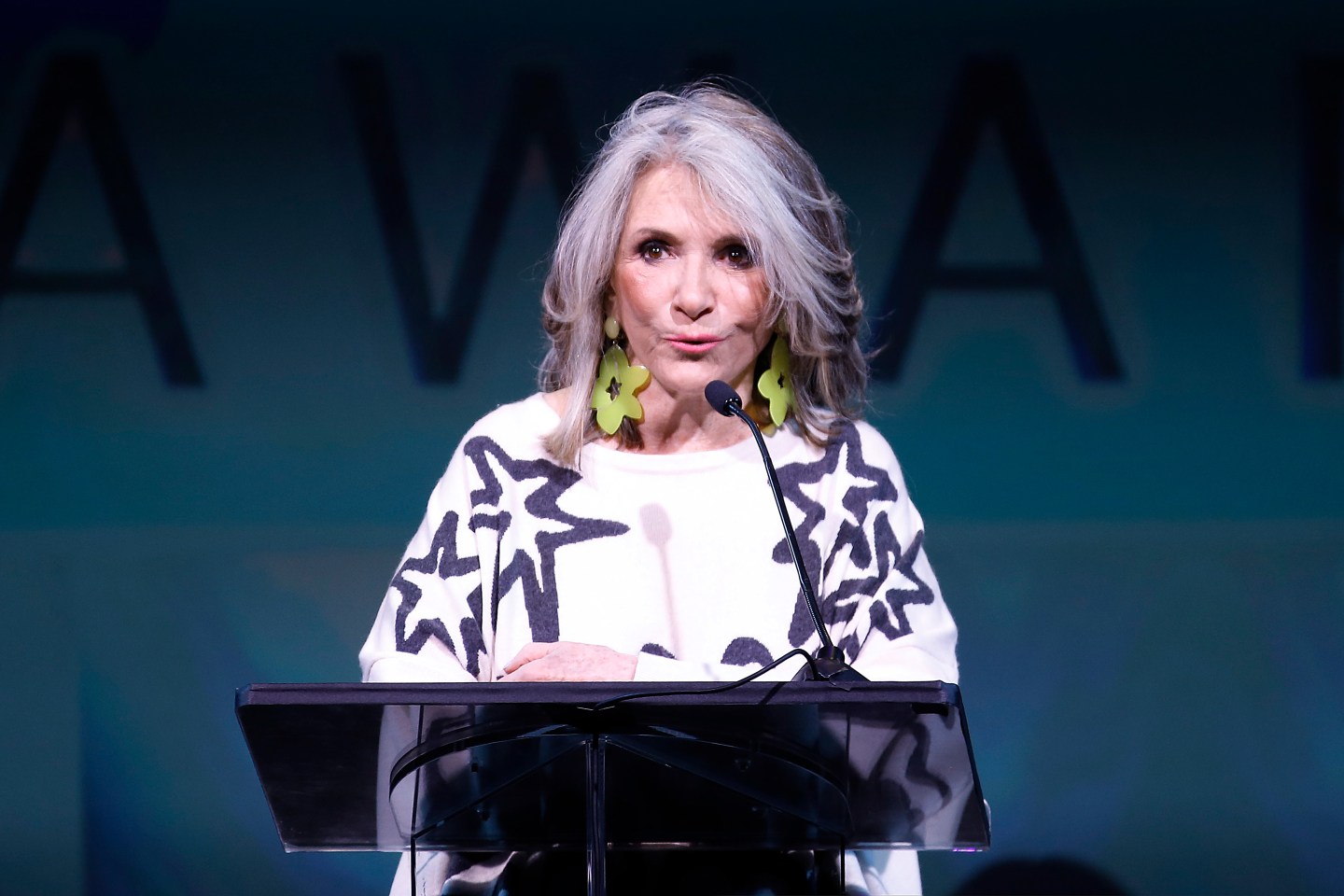 Felix Gillette and John Koblin are the authors of It’s Not TV: The Spectacular Rise, Revolution, and Future of HBO. Their new book, out this week, examines how HBO became a cultural force and cable business juggernaut. In this exclusive excerpt, the authors outline the impact that one executive—longtime HBO president for documentary films Sheila Nevins—had on the medium.

– Golden era. One morning in 1993, Sheila Nevins, the head of HBO’s documentary film department, read a wire-service article about three teenage boys in West Memphis, Arkansas. The teens had just been arrested for allegedly murdering three 8-year-old kids, and the small town on the western bank of the Mississippi River was in an uproar.

Police weren’t commenting on the possible motive. But the town was filled with rumors about Satanism, devil worship, and the occult. Nevins was intrigued. A documentary touching on devil worship, she suspected, might draw a big audience to HBO. Since few for-profit institutions at the time were funding documentaries, Nevins could have her pick of filmmakers to commission.

Nevins first started working for HBO in 1978. By the early 1990s, she was overseeing a division responsible for providing a slate of programming that was relatively low-cost and designed to keep existing HBO subscribers engaged with the service during the many lulls between HBO’s more expensive, high-profile fair, such as the debuts of recently released Hollywood movies, boxing matches, and original series.

Under Nevins, HBO had become a well-funded platform for filmmakers willing to explore deeply the lives of people on the fringes of society. Drug addicts. Cult members. Scam artists. Serial killers. And because they were on HBO, it could all be R-rated.

She reached out to Joe Berlinger and Bruce Sinofsky, who had recently released Brother’s Keeper, a documentary about a murder in a farming community in rural New York. Berlinger and Sinofsky liked the idea, and a few weeks later headed out to the Mississippi River town. For the next several months, they embedded with the grieving families of the victims. Then they interviewed the three defendants, who were locked up awaiting trial. The more they talked with the boys, the more their doubts about their guilt grew. They checked in with Nevins back at HBO. She advised the filmmakers to follow the story wherever it led them.

Three years later, HBO aired the resulting film, Paradise Lost: The Child Murders at Robin Hood Hills. The debut of the HBO documentary touched off a firestorm. Critics recoiled at the hideousness of the crime and the community’s seemingly unjust rush to judgment. The teenagers quickly became known as the “West Memphis Three.” At film festivals, viewers jammed into Q&A sessions to pepper the filmmakers for more details about the prosecution and what could be done to help the teens get a new trial.

The state of Arkansas tried to discredit Paradise Lost, portraying the HBO film as a flash of sensationalized entertainment. But Berlinger, Sinofsky, and Nevins would not go away so easily. Their commitment to the story was just getting started.

They did—for 11 more years. In 2011, they premiered Paradise Lost 3: Purgatory, the final film in HBO’s trilogy. In the film, the gangly, fresh-faced teenagers of the first installment are showing signs of middle age. The men, Damien Echols, Jason Baldwin, and Jessie Lloyd Misskelley Jr., released from prison after more than 18 years, watched the movie alongside Nevins and her team to a rousing ovation of sorrow, anger, and relief.

The HBO trilogy—besides helping to free three unjustly imprisoned teens—helped to usher in a sustained and far-reaching boom in commercial, true-crime documentaries. The years that followed would see a proliferation of popular, multi-part crime series, ranging from HBO’s The Staircase to Netflix’s Making a Murderer to This American Life’s Serial.

For those who believed in the loftier bits of HBO’s mission—particularly, the network’s stated desire to embody a kind of muscular, Dickensian social consciousness—it was arguably the biggest night in the network’s history. Here was proof that strong patronage of the video arts could amount to something more meaningful than the usual, self-interested focus on ratings and profits and awards. Sometimes, HBO could deliver justice.

“It felt good,” Nevins says. “It felt right. I felt that we’d done something important, and that we’d given these kids some kind of life.”

It was also a vindication of the HBO method, the one that Nevins had taken from Albert and David Maysles—the pioneering brothers behind such influential, direct-cinema documentaries as Gimme Shelter, Salesman, and Grey Gardens—and been refining for decades. Turn the cameras on everyday individuals. Capture their fight to survive whatever ugliness life has thrown at them.

“The belief that if you stick to it and sit long enough, that that session with a real person, or a real experience, will produce something very valuable is kind of our motto,” Nevins says. “We are very patient for a very impatient medium.”

“It’s Not TV: The Spectacular Rise, Revolution, and Future of HBO” by Felix Gillette and John Koblin.
Courtesy of Viking

The Broadsheet is Fortune’s newsletter for and about the world’s most powerful women. Today’s edition was curated by Paige McGlauflin Subscribe here.

- Worrying trend. Women’s unemployment in the U.S. rose by 212,000 or 0.3% in October, according to new data from the Department of Labor. While the total number of employed women remains near an all-time high, the share of female employment as a percentage of the overall population has declined for two consecutive months. Bloomberg

- Glass cliff. Many companies scrambled to promote Black women into high-profile roles following the death of George Floyd in the summer of 2020. But double standards and high expectations have forced many of them out of top posts. Fortune

- Birth rates. Jaroslaw Kaczynski, leader of Poland’s ruling Law & Justice party, blamed the country’s declining birth rate on young women drinking too much. One female lawyer condemned Kaczynski’s remarks on Saturday, writing he is out of touch with “women, our plans, dreams, and lives.” Fortune

Megan Thee Stallion would like a word with Drake The Cut

—Country singer Dolly Parton accepting her induction into the Rock & Roll Hall of Fame on Saturday.